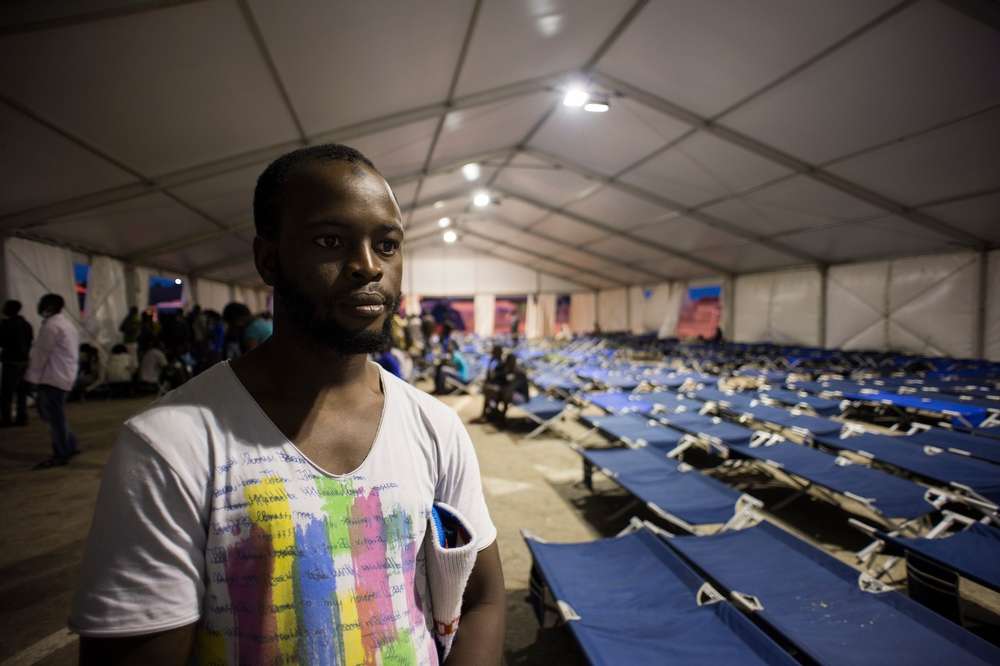 Opinion and debate: Refugees are not terrorists

Opinion and debate: The Egyptian Ambassador to the UK has warned Britain that ‘boats full of terrorists’ will enter Europe if action is not taken against the Islamic State in Libya. But this politically expedient argument is as disingenuous as it is dangerous, argues Jonathan Whittall.

The Egyptian Ambassador to the UK has warned Britain that ‘boats full of terrorists’ will enter Europe if action is not taken against the Islamic State in Libya. But this politically expedient argument is as disingenuous as it is dangerous.

Refugees have been fleeing across the Mediterranean long before the Islamic State was based in Libya.

The increased number of refugees crossing the Mediterranean in the past days is coinciding with an increase in violence in Libya. These refugees are not the ones committing the violence, they are fleeing from it.

Most recently, the majority of people on these boats are fleeing the war in Syria - which has dragged on for four years with no end in sight - and the desperate conditions in the neighbouring countries to which they initially fled.

Instead of providing refugees with the possibility to resettle in Europe legally, most European states focus on funding refugee camps in the region and focus on putting in place mechanisms – such as detention facilities in Libya and Morocco – to prevent people from being able to reach Europe.

Refugees wanting to escape conflicts such as Syria have no other options than to go underground – into the hands of smugglers – and onto boats that are overcrowded and dangerous.

The obstacle course to Europe, which exists due to the policies of European states, is perilous and it is often only the strongest that survive the journey and not the most vulnerable.

Fear mongering about refugees being ‘terrorists’ is a populist tactic to draw Europe into a conflict that it has in fact never left.

In 2004, Tony Blair signed ‘the deal in the desert’ with Ghadaffi that ended the Libyan leader’s international isolation and opened the door for Italy and other European states to discuss with Ghadaffi on how to keep refugees out of Europe.

Border controls became outsourced to North Africa and migrants and refugees were kept in detention facilities in transit countries, including Libya.

When Ghadaffi fell out of favour in 2011, these same European states sponsored a NATO war for regime change in the guise of a ‘humanitarian’ intervention.

It was immediately ensured that the new government respected the previous agreements signed by Ghadaffi – who was painted as an irrational tyrant in all matters except in how he approached the question of refugees and migrants.

The humanitarian concerns of NATO did not extend to providing support for refugees attempting to enter Europe. Just as Ghadaffi was considered a tyrant on all things except his refugee agreements, so too was Europe concerned with all things humanitarian except the refugees trying to reach their shores.

Since the NATO intervention Libya has slowly descended into chaos, with multiple factions fighting for control of the oil fields all over the country.

Filling the cracks in this chaos, the Islamic State has extended its reach into Libya. While Egypt has publically launched airstrikes on Libya following the mass execution of 21 Egyptians by the Islamic State, some European countries seem once again to be readying themselves for military intervention.

However, at least part of the rationale (in addition to securing access to Libyan oil) seems to have always been the same: preventing refugees from entering Europe.

While this remains the ultimate goal, ‘humanitarian’ concerns might again be used to justify military intervention and ‘terrorist threats’ are used to excuse the poor humanitarian response.