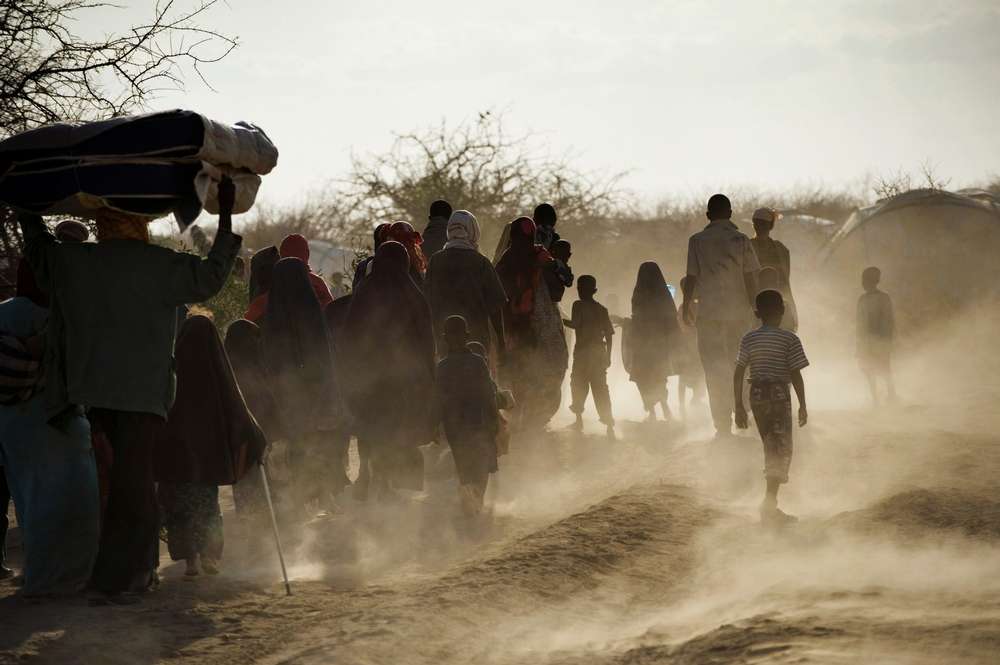 Opinion and debate: The regime of humanitarian detention

Opinion and debate: Ivan Gayton asks if humanitarian organisations are complicit in denying people the right to asylum.

Imagine you were born in Somalia. Then imagine that you felt that the opportunities there do not meet your needs as a human being.

You want safety, adequate nutrition, employment, education, and freedom from constant fear. You make up your mind to seek asylum elsewhere. Let's examine your options.

Being from Somalia, you benefit from a prima facie case for asylum. Most of the world agrees that conditions in Somalia are so terrible that it is not permissible to force someone to return there (the principle of 'non-refoulement').

In short, this means that if you manage to make landfall in, for example, Europe, you can't be sent back home unilaterally, and your request for asylum will be heard.

So what are you waiting for?  Safety and opportunity are just across the Mediterranean!  But there's a catch: Europe has contracted the Libyan Navy for hundreds of millions of Euros each year to “capture, detain, and deter” irregular migrants.

You have, according to international law, a right to claim asylum, but this only applies in practice once you arrive in a state that has signed the relevant Conventions related to refugees.

Libya, along with several other countries hosting migrant detention centres for asylum seekers heading for high-income countries, is not a party to these conventions.

As you are Somali, virtually no country in the world will accept your passport (in the unlikely case that you have one) as a legitimate travel document; this makes you irregular. The Libyan Navy can capture you on the high seas, detain you, and deter you.

If you are curious as to how they will go about deterring you (in other words, convincing you that you are better off in Somalia than attempting to reach Europe), consult Human Rights Watch Report Pushed Back, Pushed Around. Just one of the many published reports detailing conditions in migrant detention centres financed by Europe but situated in countries outside the continent.

The overland route, through the Middle East and Turkey, is extraordinarily perilous and features a similar (though not quite so explicit) regime of externalised border control contracted by the wealthy states of Europe.

The only option in which you will not be subject to capture, detention, and deterrence as you flee Somalia is to enter a nearby refugee camp.

One option is Dadaab, the world’s largest refugee camp, founded in 1991 near the Kenya/Somalia border where humanitarian agencies provide food, water, shelter and a range of other basic services including medical care and education to hundreds of thousands of Somalis.

Lynsey Addario/VII
Somali refugees take apart their makeshift shelter in the outskirts of Dagahaley camp in Dadaab. They are preparing to be moved to Ifo 2 camp. With roughly 400,000 refugees, it is the largest refugee camp in the world.

Life in a refugee camp

Once you arrive in Dadaab you must register and be fingerprinted. You are not permitted to work, farm, own land, vote, or leave the camp to travel elsewhere in Kenya. You will live in a tent or simple hut in scorching heat, and queue for basic rations. The food, water, and shelter fail to meet the United Nations' own set of minimum standards for basic life in refugee settings.

A representative of the United Nations High Commissioner for Refugees (UNHCR) has publicly stated that “it is no life” in Dadaab. In addition, stating that “the violence is unimaginable,” and “people are slaughtered every day,” Dadaab is so lawless that most humanitarian organisations will not send their expatriate staff into the camp, fearing for their lives.

Many residents of Dadaab have been there for decades, waiting vainly for one of the vanishingly rare resettlement offers, with less than 2 percent of the population ever realising this option of resettlement in a third country. Or you could of course wait for a return of peace to Somalia.

Some Dadaab residents are third-generation, born in Dadaab decades after their grandparents fled Somalia. For these Kenyan-born children, the UNHCR expresses hope that soon conditions in Somalia will improve and they can go “home.” If you have children, they have a good chance of never knowing a life other than that of a refugee in a camp.

Now that you are registered in Dadaab, you no longer have a prima facie case for asylum elsewhere; legally you have been granted asylum in Kenya as a resident of Dadaab. If, later, you manage to reach Europe you can be summarily deported.

In some cases, migrants have reported that the European border agencies have checked their fingerprints to ascertain if they had been in Dadaab or another camp, then refusing to even consider their asylum claims.

The dubious protection of Dadaab comes with a catch: you may be giving up the right of an asylum hearing elsewhere.

The role of aid in the Regime of Humanitarian Detention

Let's examine the role of the humanitarian community in this.

The existence of Dadaab and camps like it allow wealthy countries to effectively dodge their responsibilities under the Refugee Convention.

As long as the legal fiction that these camps constitute genuine protection is maintained, high-income countries can maintain externalised border controls to stop asylum seekers from making landfall. Once people arrive in the camps they can be left there indefinitely.

The camps are said to be a place of refuge for those who have no other options. In practice, they are a regime of humanitarian detention for people who are deliberately denied options.

The camps serve the purposes of high-income countries, not the residents’ well-being. The organisations administering these camps support these purposes.

Humanitarian agencies make a point of attempting to avoid “instrumentalisation”, or allowing their work to serve political or military goals. Humanitarian impartiality suggests that aid should be allocated on the basis of people’s need, not, for example, in order to assist Western militaries to “win hearts and minds” or to provide rebel movements with bases to re-arm themselves. Genuine humanitarian aid is for the good of its beneficiaries, not for the purposes of the powerful.

I have a difficult time imagining a more cynical use of aid than to deny people a meaningful right to seek asylum. Wealthy countries wish to remain party to international refugee conventions but not actually live up to their obligations thereby. In this, if the humanitarian community participates but does not speak out, it is more than instrumentalised, it is frankly complicit.

It is time that humanitarian agencies get out of the business of detention, and demand meaningful options for its beneficiaries. It is not the role of these agencies to dictate immigration policies to sovereign states, but when these policies result in human suffering, not to mention loss of autonomy and dignity, a duty arises to speak out rather than quietly participating in their implementation.