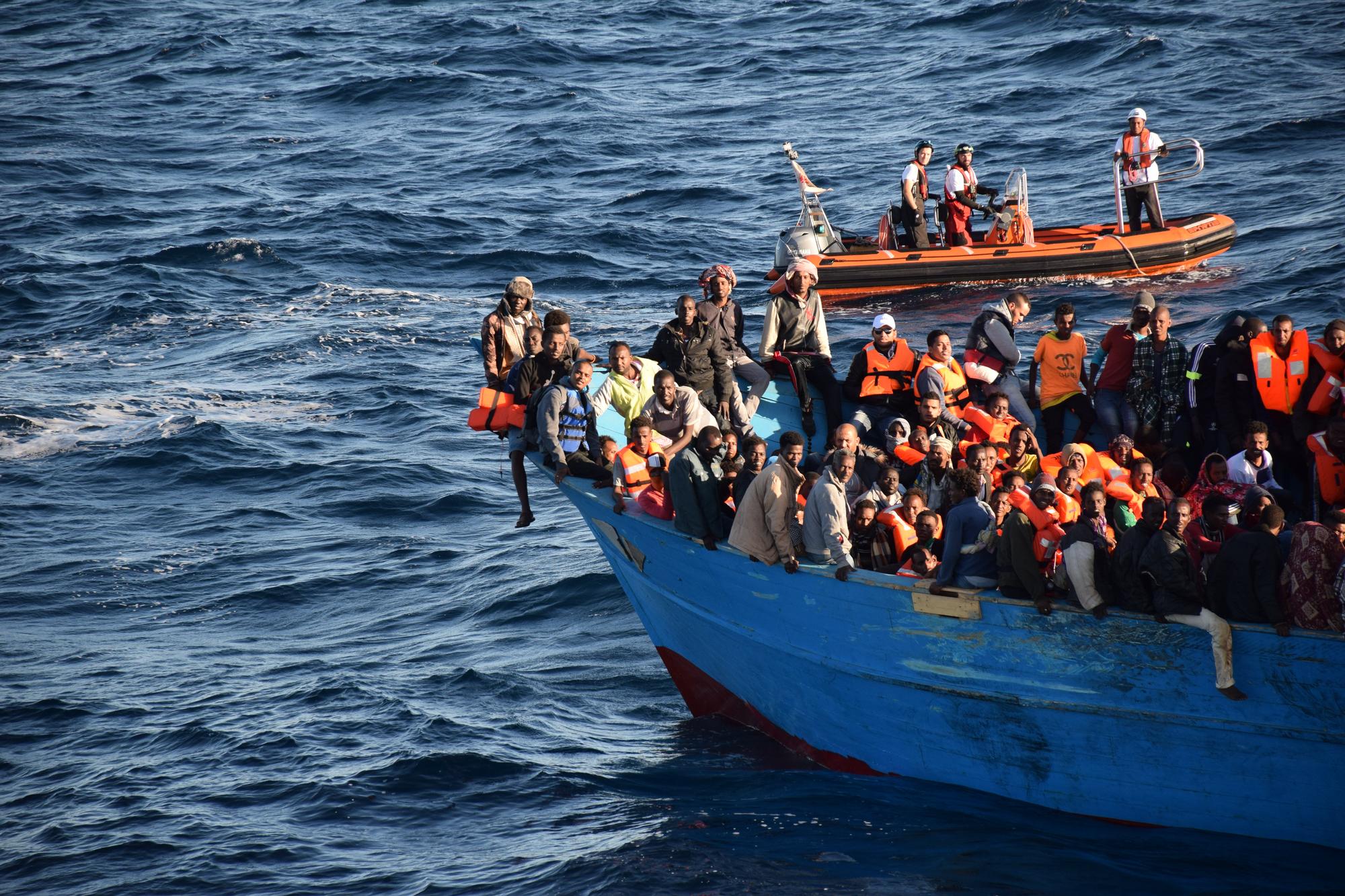 Opinion and debate: Search and Destroy does not save migrants' lives

Opinion and debate: Meinie Nicolai, Médecins Sans Frontières/Doctors without Borders (MSF) President, has recently returned from a mission as nurse supervisor on MSF's Bourbon Argos search and rescue boat in the Mediterranean.

In what is being described as “record time”, the European Union has proudly agreed on a naval mission to target smugglers that bring refugees and migrants from Libya by boat across the Mediterranean to Europe.

“We need to count on your support to save lives”, pleaded the EU foreign policy chief Mogherini to the Security Council.  However, search and rescue is not the same as search and destroy; sinking the boats that carry refugees in order to save their lives is an absurd proposition.

I have just returned from the Médecins Sans Frontières/Doctors without Borders (MSF) Search and Rescue boat in the Mediterranean where we are providing assistance to people the EU wants to ignore.

Europe has been quick and unified to launch a war on smugglers but has shown no political willingness to offer immediate alternatives to these dangerous journeys.

The #Argos is on standby in the search and rescue zone, scanning for ships in distress: eyes wide open #MSFsea pic.twitter.com/8TvpGYMXec

The people being ferried across the Mediterranean are divided into two categories by European policy makers, who argue that one is considered more worthy of international protection than the other – although both face the insurmountable hurdle of attempting to enter Europe.

People fleeing war such as Syria and Somalia are considered worthy of some kind of legal status if they make their way through the perilous obstacle course to Europe – and are referred to as refugees.

People from countries not at war, who are fleeing economic collapse and destitution in countries as diverse as Bangladesh and Gambia, are considered less worthy of assistance and referred to as “illegal migrants”.

However, both groups of people make use of smuggling networks as a last resort and out of desperation.

There is nothing easy about deciding to make the journey to Libya, a country at war, and then to put your life at risk on an overcrowded boat in the Mediterranean Sea such as the 20 metre-long run down fishing boat that we recently rescued packed with 487 people.

By creating this hierarchy of desperation, European states created a narrative whereby those seeking safety and opportunity are a security risk and providing them with assistance is an act of charity that has its limits.

Clearly, no political willingness exists in Europe to carry the legal responsibility to provide protection and assistance for people in distress calling for help in the waters just off European shores.

Instead, European states have demonstrated a united political will to focus on the boats rather than those who are on the boats.

In May 2015, MSF launched a search and rescue programme in the Mediterranean in the absence of a willingness from European states to save the lives of people caught on boats in distress.

MSF loudly called for European states to take their responsibility to provide search and rescue capacity and to provide safe alternatives for people to enter Europe without having to resort to smuggling networks.

Based on our experiences of the past few weeks in rescuing thousands of people in distress at sea, we can only condemn the twisted logic of launching military operations against smugglers while still failing to provide legal alternatives – essentially entrapping and leaving stranded thousands of people in a life threatening situation in Libya, a country at war.

Not only is Libya facing a violent conflict, but the ability of organisations like MSF to provide humanitarian assistance within Libya has become increasingly difficult.

We have no ability to reach those that European states have decided to leave trapped.

By continuing on this path, European states will participate in the cycle of abuse and violence that is a hallmark of these long perilous journeys.

A 18yr old girl onboard #Argos is supported by MSF staff. She is very weak and suspected to have malaria. #MSFsea pic.twitter.com/wnshH205Hc

We often hear horrific stories from our patients about what they endure during their journey to Europe.

Many have fled war. They have left Syria after their homes were destroyed, or after their communities were attacked.

Others have fled from situations in which they were unable to provide for their families and are seeking opportunities to work and send money back home.

Whatever the reason for leaving their homes, the decision was never an easy one and the journey never simple and safe.

The people I gave medical care to after rescue had crossed the desert, they explained that it was a journey of often more than two months; in overloaded pick-up trucks and that they were often badly treated.

An eight-month pregnant woman was pushed in the fishing boat and had fallen on her belly; luckily her baby was still alive.

A mother accompanied by her four children had two fingers crushed during the journey.

Most of the men we rescued were heavily infected with scabies, due to the lack of hygiene in the places of detention in Libya.

Most people have been locked up in prisons with hardly any food or water, mistreated, beaten up, and raped.  Instead of finding safety, people are being forced by European policies to re-live their nightmare all over again.

Lack of safe and legal channels

The cruel irony of this decision by Europe is that it has announced a war on the smuggling networks that have been created as a direct result of European states decisions to close their borders.

The smugglers are just a symptom, the lack of safe and legal channels to Europe is the problem.

And while a disproportionate attack is launched on the symptom of the problem and not its cause, the lives of people are put in danger in order to reinforce the walls around states that claim to project a human rights culture.

The response from Europe to the existence of the abusive and exploitive smuggling networks should rather be to understand why they exist in the first place and what can be done to provide safe alternatives.