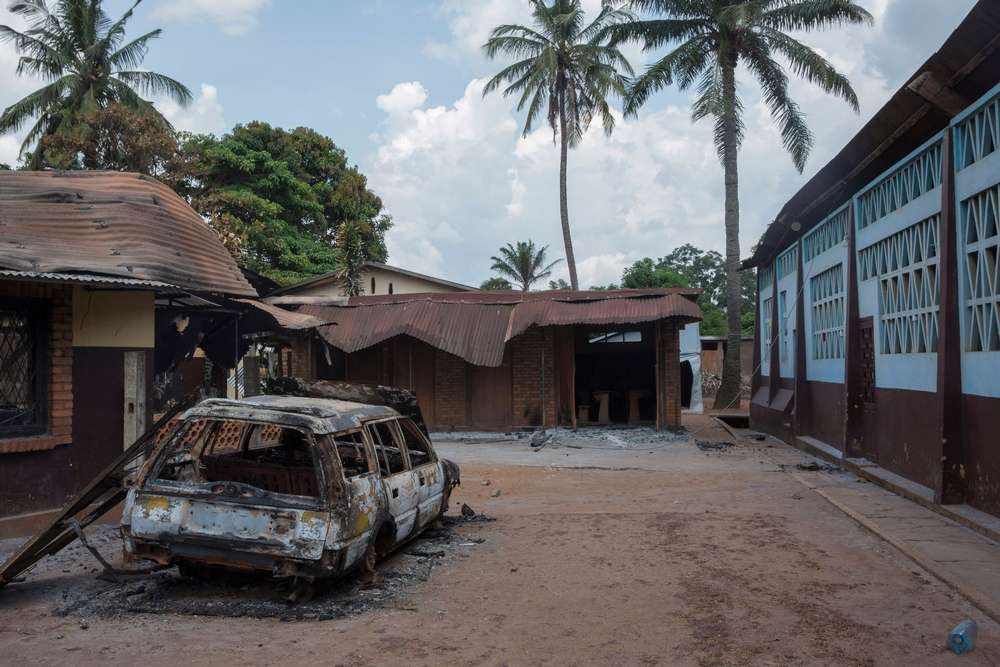 Opinion and debate: The Bangui debacle

Intense fighting broke out in Bangui, the capital of CAR, on 26 September 2015. In this small city, armed groups, largely identified by the religion of their members, have been fighting one another for the past 18 months. This time, the intensity of the attacks, over just a couple of days, brought the town to a standstill and resulted in several dozen deaths and hundreds of people injured.

When we look at the lessons learned during this week of fighting, two things will mark the image of aid organisations: the scale and speed at which their international staff left; and the fluid way in which aid was deployed in a city at war.

Over one week, more than 300 international staff were evacuated, 50 from MSF alone. These figures aren’t unheard of, but in Bangui, one of the hotspots of the conflict in CAR, they are surprising. What were all these so-curtly-called non-essential staff doing in one of the most dangerous capital cities in Africa?

There was little debate around this important question. Most humanitairian organisations, including some MSF sections, have since brought back most or all of those expatriates.

As well as its sheer scale, it is the way in which this debacle took place that deserves a detailed review.

The widespread appeal to international forces (the UN’s Minusca and the French government’s Sangaris) during the first days of the violence to protect international aid workers’ places of refuge and evacuation routes was not necessarily justified – some organisations, including MSF, went without international protection without coming to harm.

It could also be said that, rather than protecting expatriate staff, the international forces would have been better employed transporting the wounded.

It remains to be said that the astonishing connivance between international NGOs and foreign armed forces, reinforced by the demand from many INGOs for a reinforcement of the role of all of parties to the conflict (Minusca) or regretting that it had not played a bigger part, will tarnish the reputation of humanitarian organisations in CAR.

And yet, at the same time that the traditional division between the humanitarian community and the military, and the bureaucratic restrictions which often stifle us, vanished into thin air.

Information, supplies and staff were shared in order to allow a number of organisations to continue their work.

The UN agencies distributed supplies spontaneously. Surgeons and doctors from all over regrouped in those medical facilities which were still functioning. The cluster system and other aid coordination systems, which so often seize up, became supple and fluid.

A man who lost his right arm rests in the MSF-supported Bangui General Hospital following the events in September.

Paradoxically, it was at the moment that the ‘humanitarian community’ was falling apart that the phrase regained its meaning and the organisations their efficiency.

One may see it as an unexpected effect of this massive evacuation: a weighty bureaucratic system, when severely thinned down, became temporarily agile.

This rings true, but it’s not enough. I would like to propose another explanation. Humanitarian action is created for times of crisis, war and epidemics.

The renewal of violence in Bangui produced – at the same time rather than afterwards – a massive evacuation and brought about the traditional circumstances of humanitarian action, ie chaos.