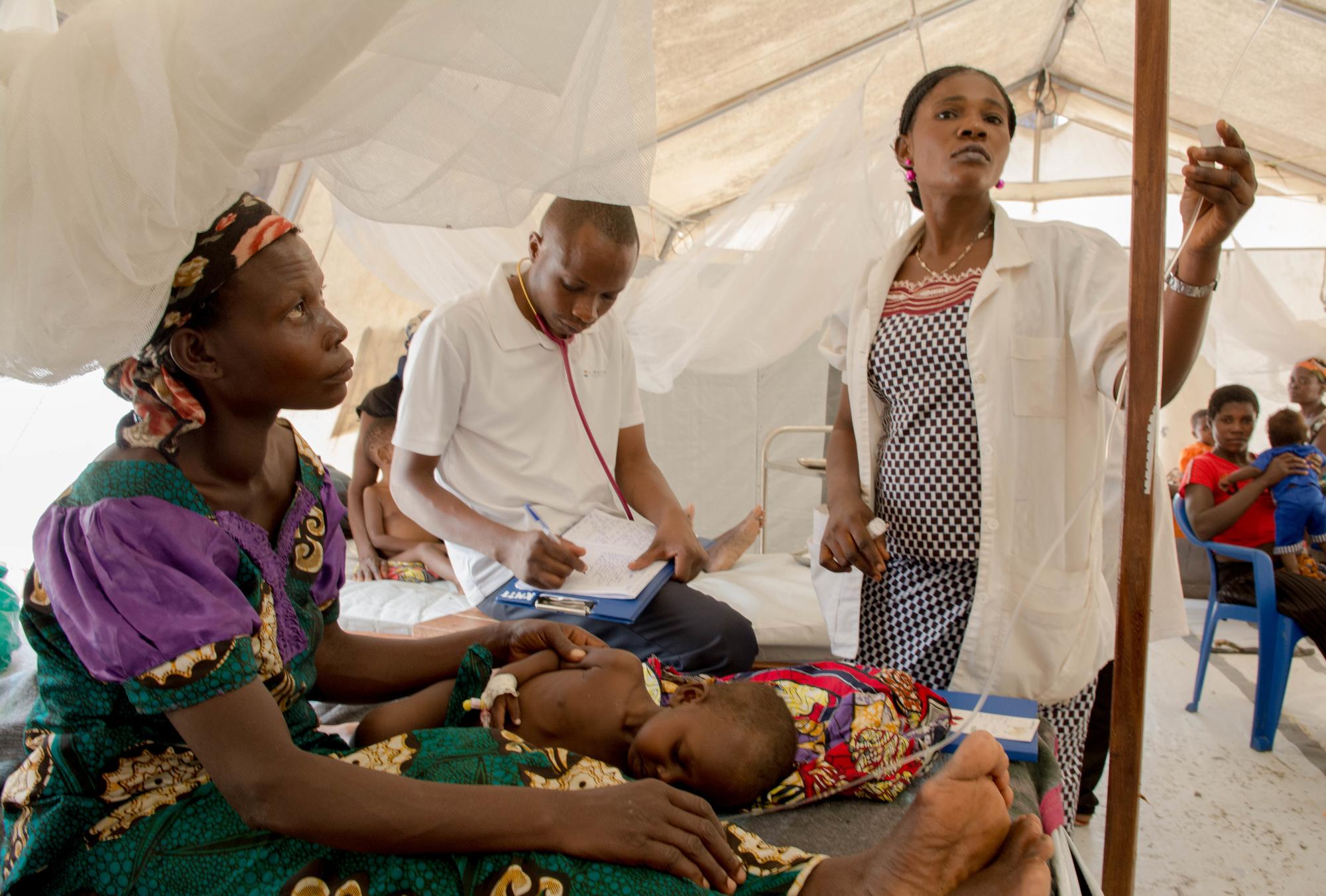 Opinion and debate: The World Humanitarian Summit – will it pass the Katanga test?

Opinion and debate: MSF UAE's director Vickie Hawkins argues that the World Humanitarian Summit must put the needs of people first, rather than the interests of governments.

A massive outbreak is ravaging communities in a poor and conflict-affected country in Africa. An estimated 20,000 people have been infected this year.

Up to 800 infected people are identified a week, mortality rates are high with the majority of those dying children, many of them co-infected with malaria and weakened by malnutrition.

A delay in acknowledging the gravity of the outbreak has held up the release of funding, hindering a timely response. Too few organisations are in situ with the resources and expertise to respond.

Sounds familiar? Yet this is not West Africa and the outbreak is not Ebola. This is a measles outbreak, a vaccine-preventable disease, devastating the people of Katanga, Democratic Republic of Congo (DRC).

They are not alone, but among many others living in forgotten crises, that receive little aid or attention from donor governments and the humanitarian community.

Far from Katanga, humanitarians from all over the world have converged in the elegant surroundings of Geneva for a final round of consultations before the world’s first ever summit on humanitarian assistance in Istanbul, May 2016.

This represents the culmination of a long and extensive consultation process, which has given humanitarians, their beneficiaries, donor governments and governments affected by crisis the opportunity to diagnose what is wrong with the world’s humanitarian sector.

Despite the efforts of an estimated 450,000 humanitarian aid workers worldwide, the largest global humanitarian aid budget ever and reform within the UN intended to improve its response to humanitarian crisis, the sector has demonstrated repeated failures.

Whether responding to outbreaks in the Congo and West Africa, or to horrific conflict in Yemen and South Sudan, the UN-coordinated humanitarian system remains slow and inflexible – unable to adapt itself to the specifics of each crisis.

UN agencies mandated for emergency response tend to favour an advisory and technical support to governments, rather than the more independent coordination often required in the event of a complex humanitarian crisis.

Partnership is the preferred model and implementing organisations find it difficult to adjust this modus operandi, even when local partners have been directly impacted and incapacitated by conflict.

There is a tendency to concentrate on those places that are easier to reach and while natural disasters attract a large numbers of responders, protracted conflicts suffer from a scarcity of aid organisations on the ground and resources to support them.

Currently the largest percentage of humanitarian funding is available for Nepal and Vanuatu, with funding for South Sudan and Syria lagging far behind.

Early morning activity at the MSF hospital in Bentiu, South Sudan. International funding for places like South Sudan and Syria are falling behind.

Humanitarian assistance remains driven by those who pay for it and the scale and speed of a response is determined by political and national security interest rather than humanitarian need.

Nine months from the first Ebola case being identified, by which time almost 1,000 West Africans had died, western governments finally mobilised in the face of what was by then deemed as a global health security threat and therefore a threat to their own interests.

Measles in Katanga does not represent such a threat – there’s no global outcry or large-scale response to this outbreak.

The global refugee and migrant crisis is characterised by the same dynamic.  Almost sixty million people are displaced worldwide, primarily by protracted conflict.

Massive regional displacement driven by conflict and violence is spilling over into Europe, South-East Asia and North America waking richer nations to the scale of the humanitarian problem.

Yet worldwide we see a defensive and militarised response: closing borders, building fences and declaring war on the people smugglers.

In this context of defensive and security driven humanitarian response, what will the World Humanitarian Summit change for the people of Katanga?

The UN is the driving force behind the World Humanitarian Summit (WHS), conceived of by Secretary-General Ban-Ki Moon who has called for change to make humanitarian action fit for the great challenges we face now and in the future.

The UN must play a central role in that agenda for change, given the central place it occupies in humanitarian action - donor, coordinator, peace-keeper, government partner, advocate and at times implementer.

In its report, ‘Where is everyone?’ MSF identified the UN, as being at the heart of the humanitarian system’s failings.  Yet the WHS process so far displays no attempt to address that.

A scene outside MSF's emergency trauma centre in Aden, Yemen.

‘Reform is not up for debate’

The UN could use the WHS to call for greater independence for its humanitarian undertakings and propose modalities to enable this.

However at previous WHS consultations, representatives of the UN have informed participants that reform is not up for debate.

Instead, the grassroots consultation process that has characterised the WHS has led to a focus on technical solutions – more inclusion of local actors in a response, greater flexibility for humanitarian financing.

On the face of it, these are worthy objectives but do they add up to the agenda for change that Ban-Ki Moon was striving for?

An agenda worthy of a world summit would be that of putting the human back into humanitarian action.

For too long the humanitarian agenda has been subordinated to other priorities - economic, development, political or national security related.

The scale of humanitarian crises today, the prospect that these needs may increase rather than decrease and the challenges facing the system in responding to the most complex emergencies, requires thinking in different terms.

Decisions must be made on the basis of need

For a humanitarian system fit for purpose, we need the WHS to engender respect for the laws that govern conflict, concrete efforts to protect the people caught in conflict and a reinforcement of the independence that is vital for humanitarian organisations to have any chance to reach them, including the UN.

We need to find a way for decisions to be made on the basis of need – a massive measles outbreak in Katanga also requires an appropriate and effective response even if the outbreak does not represent a clear and present danger to global health security.