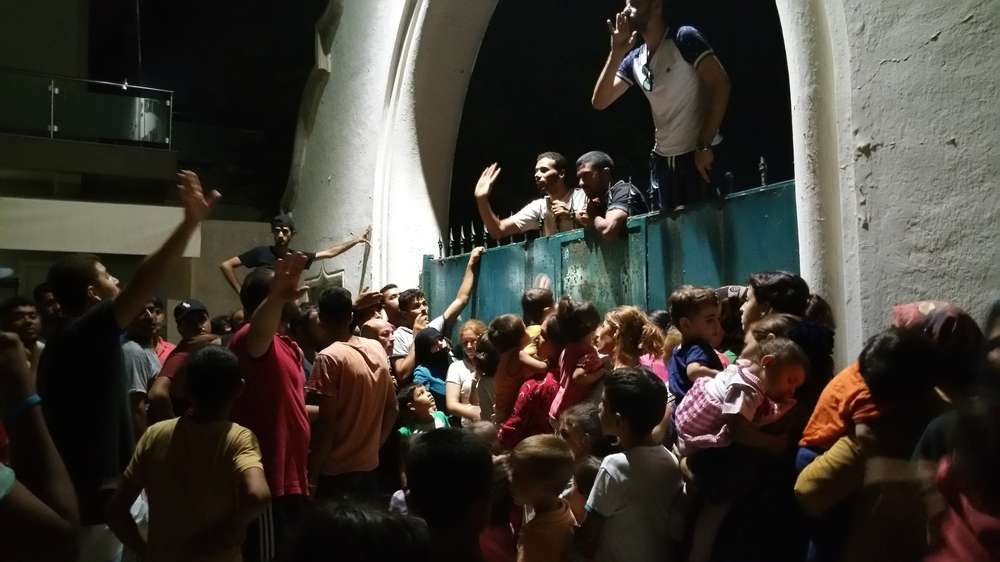 Opinion and debate: We are people - The façade of European values

This article is a response to 'Opinion and debate: We are Europe - we should do better' by MSF UAE general director Vickie Hawkins

In a recent opinion piece, the Director of MSF UAE states that “we are Europe – we should do better”. The logic of the argument is that because Europe promotes human rights abroad, it should uphold the values of human rights at home in its response to the refugees risking their lives in crossing the Mediterranean into Europe.

But what is implied in this logic is that Europe should do better because Europe is better. This is not the case.

Almost all states preach and promote the respect of human rights, and very few respect and act according to such rights at home or abroad.

For example, Saudi Arabia is currently the chair of the Human Rights Commission and yet can hardly be considered to practice the values it is tasked to uphold both abroad and in its approach to its own population.

“Europe [is] - a continent that respects and protects human life and dignity”, asserts this opinion piece - the problem with this assertion is that it ignores the fact that Europe has rarely upheld its virtuous rhetoric in its foreign policy practice.

A child's lifevest found on board a refugee boat in the Mediterranean after an MSF rescue on 26 August.

Complicity in the refugee crisis

The inadequate response to the Syrian refugee crisis, the war in Iraq and the failure to condemn the Israeli occupation of Palestine, all issues set within a history of European colonisation of the Middle East, are just a few examples that illustrate Europe’s complicity in the crises that animate the region today.

Here are some important questions and real reasons why Europe “should do better” in its response to the current refugee crisis:

What role has Europe played in contributing to the conditions from which people flee? Whether through the history of colonialism and the arbitrary drawing of borders, the propping up for decades of  dictators,  or in the case of Libya and Iraq, direct involvement in a military offensive.

Historical amnesia is used to turn the act of welcoming refugees and migrants from a responsibility to an act of charity that has its limits.

Contrary to international conventions and legislation signed by European governments, the European Union decided to have an active policy of restricting and denying refugees safe and legal routes to Europe, and this is why people are drowning at sea.

A responsibility to uphold

The reality is that Europe is not better or worse than other nations, societies, or continents. And yet it should carry a burden of the response to refugees both for historical reasons and simply to abide by the duties it signed up to.

This is a responsibility Europe must uphold and not a burden that it cannot bear. What is being requested of Europe is only a fraction of what is being expected of others in the region.

According to a recent Al Jazeera English article, “So far this year, nearly 340,000 people in these circumstances have crossed Europe's borders. A large number, for sure, but still only 0.045 percent of Europe's total population of 740 million.

“Contrast that with Turkey, which hosts 1.8 million refugees from Syria alone. Lebanon, in which there are more than one million Syrians. Even Iraq, struggling with a war of its own, is home to more than 200,000 people who have fled its neighbour.”

“We are not Europe”

Europe should do more because it has a responsibility that comes with power that has been built on the backs of the mothers and fathers of those now seeking refuge on European shores and it has duties that come with international laws and conventions.

Read the Opinion and debate article to which this piece responds