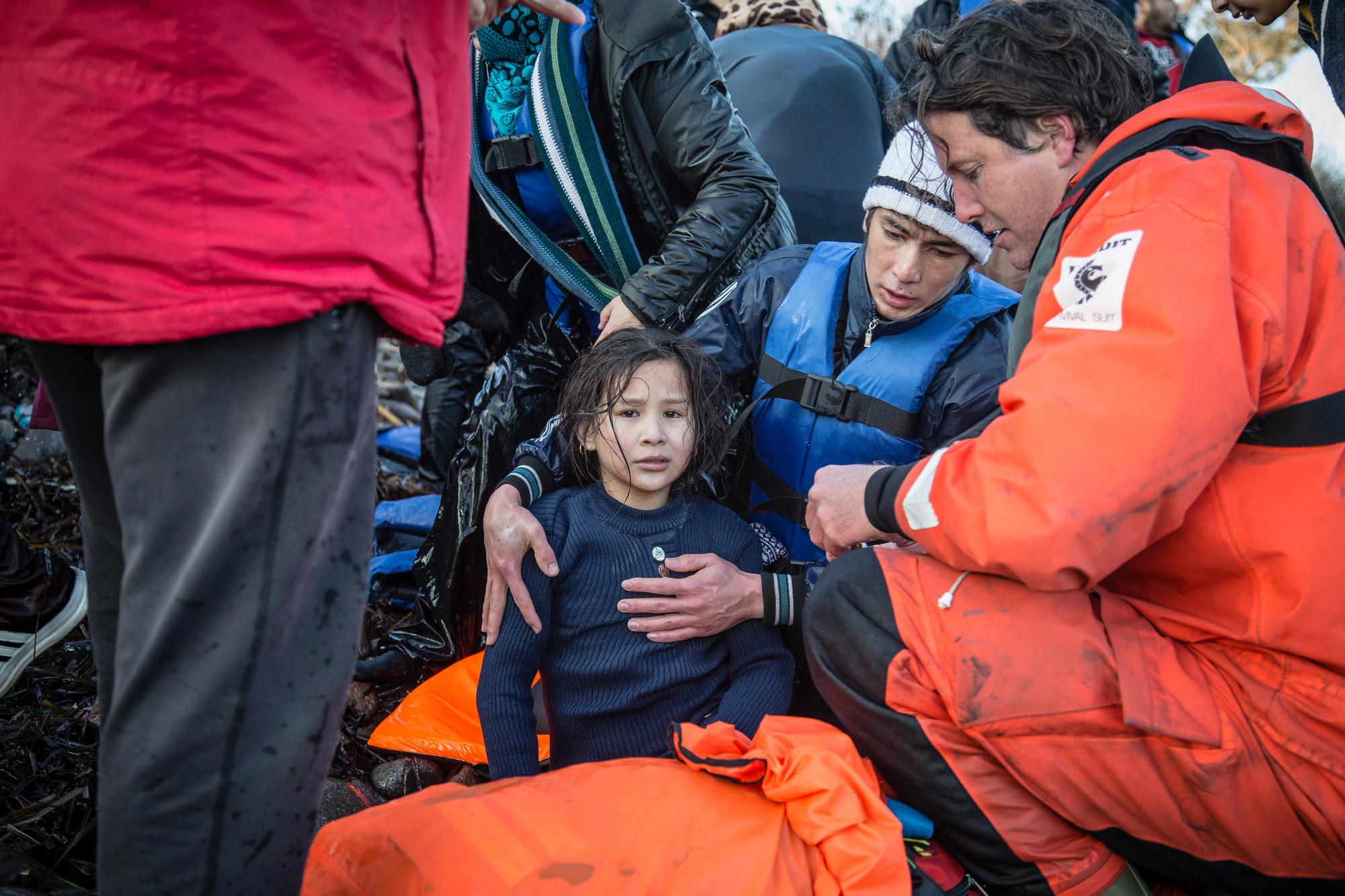 Opinion and Debate: Where is the love?

MSF UAE's Sandrine Tiller argues that we shouldn't forget the value of personal contact with those we seek to help.

“Thanks for being here with us,” was the simple phrase uttered by the man whose house had been scarred by 80 bullet holes. He had showed them all to me, counting all the time, and then offered me coffee. And I, an aid worker, sent into that scarred town in the West Bank, could do nothing for him except commiserate. “I’m sad this happened to you; you must have been so scared and upset.”

What use was my visit to this shell-shocked man? Maybe none. I hadn’t provided him with any tangible assistance, no food, or any household items, or medical care. Yet is this gesture of solidarity, of care, of interest in the plight of others, not the bedrock of humanitarianism? Is being there not something?

The essence of humanitarianism is in danger

In the current logic of the humanitarian aid system, being there counts for nothing. It has no inputs, no outputs, no outcomes and certainly no measurable impact. It cannot be quantified. And what counts increasingly are the metrics. The tonnes of aid delivered, their timeliness, or the cash disbursed; the numbers of people assisted, the numbers, the numbers.

Proximity is essential for the medic; and much of care is about reassurance, building relations and understanding between each other. The joy, the love, of being an aid worker is about building understanding and trust between people who meet in the most extraordinary circumstances. Compassion between strangers is touching and uplifting in a way that cannot be quantified. And therefore it is suspect. It doesn’t fit in any box.

"As we watch conflicts in Syria and Yemen develop in real time, on our computers, we are ever further from them. We react with retweets or perhaps a donation. And this might become the future model: aid agencies, reacting to a computer algorithm which calculates fatalities, numbers of wounded and hungry, and dispense cash electronically."

Humanitarian aid has gone the way of the world, striving to become ever more scientific and exact. In doing so, it is in danger of losing its essence. With the retreat of international humanitarian agencies ever further away from the most complex emergencies; the expansion of cash distributions; and the push for localisation, the modern humanitarian is most likely sitting in an office, behind a computer, miles away from the mud and squalor of a refugee camp.

When he or she does go out, it is a carefully planned visit with a curated audience. No longer do aid workers walk aimlessly and sponteanously around refugee camps to see what is going on. There are too many emails to attend to and besides, the security rules won’t allow it.

Reducing humanitarian aid to a transaction, quantifiable, and measurable, seems the logical end-point of the current aid system. There is a need, it is measured and then it is met. No need for messy interactions.

Now is the time to show solidarity

As we watch conflicts in Syria and Yemen develop in real time, on our computers, we are ever further from them. We react with retweets or perhaps a donation. And this might become the future model: aid agencies, reacting to a computer algorithm which calculates fatalities, numbers of wounded and hungry, and dispense cash electronically. What if there was a war and no internationals came to help?

Already some places are like that these are humanitarian deserts where none dare to tread as the threat of kidnapping or arrest are too dire. And these are also places where no local agencies dare to operate; it’s too dangerous even for them. These are sad, desolate and inhumane places, where people live in constant fear.

The role of international assistance in war and conflicts is of the essence. It shows that there are people who care about the plight of others. Above all, it shows solidarity. Our world is increasingly dominated by algorithms, and by scientific measuring of our work, of our lives, we shouldn’t forget the value of relations.