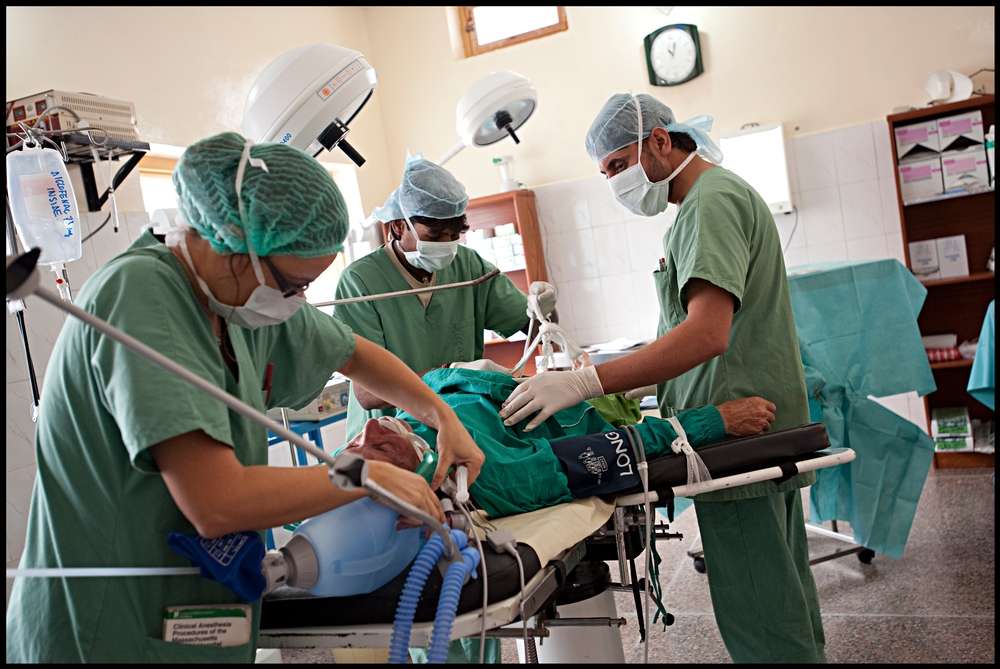 PRESS RELEASE: A major explosion outside two mosques in an alley in Pat Bazaar, Hangu injured dozens and killed several people who were leaving the mosque after Friday afternoon prayers.

PRESS RELEASE: A major explosion outside two mosques in an alley in Pat Bazaar, Hangu injured dozens and killed several people who were leaving the mosque after Friday afternoon prayers.

A major explosion outside two mosques in an alley in Pat Bazaar, Hangu, killed several and injured dozens of people leaving the mosques after Friday afternoon prayers.

“The explosion was close to the hospital, patients began arriving within minutes. Our medical team began to rapidly identify and give priority to patient’s medical needs according to the severity of their injuries.

"We were racing against time to treat and stabilise the patients,” says MSF Project Coordinator, Cédric Linossier.

The patients suffered blast related injuries including open wounds (abdominal and limbs, head and chest) from shrapnel and open fractures and head injuries.

Emergency surgery and treatment was provided to the wounded accordingly. Ten patients have been referred to larger medical care facilities in neighbouring Peshawar and Kohat for specialised medical treatment.

“We had dozens of people rushing in; injured patients, relatives and onlookers. We had to prioritise access to the wounded and give space to the medical staff to provide urgent treatment. So far, 55 patients have been treated. Most of them were suffering from wounds.”

This was the first big blast incident in Hangu since May 2011, when a suicide attack left 36 people dead and some 60 wounded.

Since May 2010, a team of international and national staff from MSF has been providing emergency surgery and treatment for those with life-threatening injuries.

MSF runs the emergency department and the emergency operating theatre of the THQ hospital in Hangu district. Hundreds of patients have been treated in the hospital since it opened.

In 2012, MSF treated over 22,556 patients in the emergency room and conducted over 500 emergency surgeries. Six hundred cases were referred to Peshawar for specialised surgical and medical care. From July to October 2012, in response to an outbreak of acute watery diarrhoea, MSF treated some 1,054 patients.

MSF currently has 143 Pakistani and international staff working in Hangu, including 21 staff in the emergency room and operating theatre.

To ensure a safe environment for all patients, guaranteeing that all people have access to medical treatment, regardless of their political or other affiliations; the THQ hospital remains a weapons-free zone to be respected by all authorities and communities.

Since 1986, MSF has been working in Pakistan with Pakistani communities and Afghan refugees who are victims of armed conflict and natural disasters or who lack access to medical care. MSF teams are currently providing free emergency medical care in Kurram Agency, Khyber Pakhtunkhwa, Balochistan and Sindh provinces.

MSF relies solely on private financial contributions from individuals around the world and does not accept funding from any government, donor agency or military or politically-affiliated group for its activities in Pakistan.

For more information about MSF's work in Pakistan, visit our Focus Page.