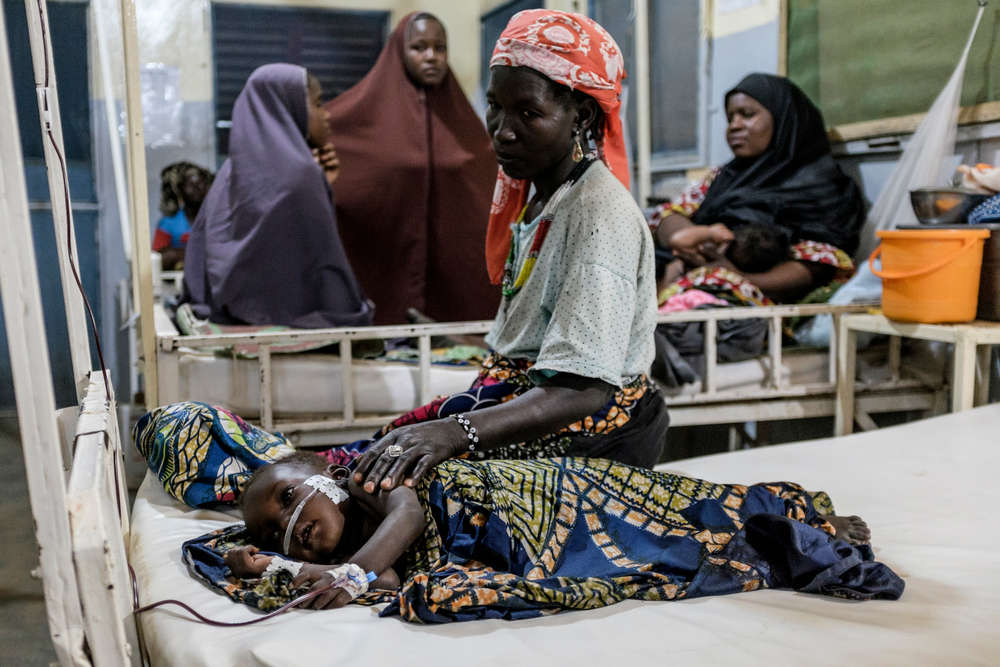 Photostory: A day in an MSF paediatric unit

As peak season for malnutrition and malaria fast-approaches, MSF is in Magaria, Niger, ensuring treatment for children under five.

As peak season for malnutrition and malaria fast-approaches, MSF is in Magaria, Niger, ensuring treatment for children under five.

We are working with the Ministry of Public Health to support community health centres in the region.

In Magaria hospital’s paediatric unit, the teams treat children who have been hospitalised for severe illnesses other than malnutrition.

They also support the Intensive Therapeutic Feeding Centre (ITFC), where children with severe malnutrition and related illnesses such as malaria, respiratory infections or diarrhoea are treated.

We make sure to vaccinate children in the paediatric unit and ITFC to make sure all have their immunisations.

Take a look at the photostory below to get a sense of what happens on the ward throughout the day.

Mothers stay with their hospitalised children, and in the morning, one of the first things they do is go to the washing area. Hygiene awareness is an important job undertaken by the MSF team.

We provide three meals a day to mothers or other caretakers whose children have been admitted to the paediatric unit.

Here you can see a mother who has come to collect her morning meal.

Early in the morning, MSF paediatrician Julia Rappenecker (accompanied by the centre's medical personnel) checks on children who have been admitted to the intensive care unit in the last 24 hours.

Fatima Lawan comes from the village of Bandé, about 20 kilometres away from Magaria town centre.

She delivered triplets at Magaria hospital, but one of the infants did not survive the birth.

Her two other children are being cared for in the centre's paediatric unit, due to their low birth weight. They were 35 days old when this photo was taken.

Mothers taking part in a cooking workshop organised by MSF. They are learning to make a nutrition-rich porridge.

These cooking lessons are an important part of awareness-raising among the mothers. It helps to aid the recovery of their children, and ease their return home.

MSF staff vaccinating children who are being treated in the paediatric unit, including those in the ITFC.

These children were not previously vaccinated during the Ministry of Public Health’s expanded immunisation programme.

Between January and March 2017, 3,376 vaccines were administered.

In the morning (before the hospital’s paediatric unit opens its doors to visitors) MSF health promoters explain to families the importance of encouragement and sharing good news.

Children playing in front of a grandmother.

She has come to visit her grand-daughter and daughter who are in the ITFC.

They also ensure that all children and their caretakers sleep under mosquito nets.

Night has fallen on Magaria.

A staff member from the hospital's paediatric unit writes the number of patients in each depatment on the updates board.

Find out more about our work in Niger