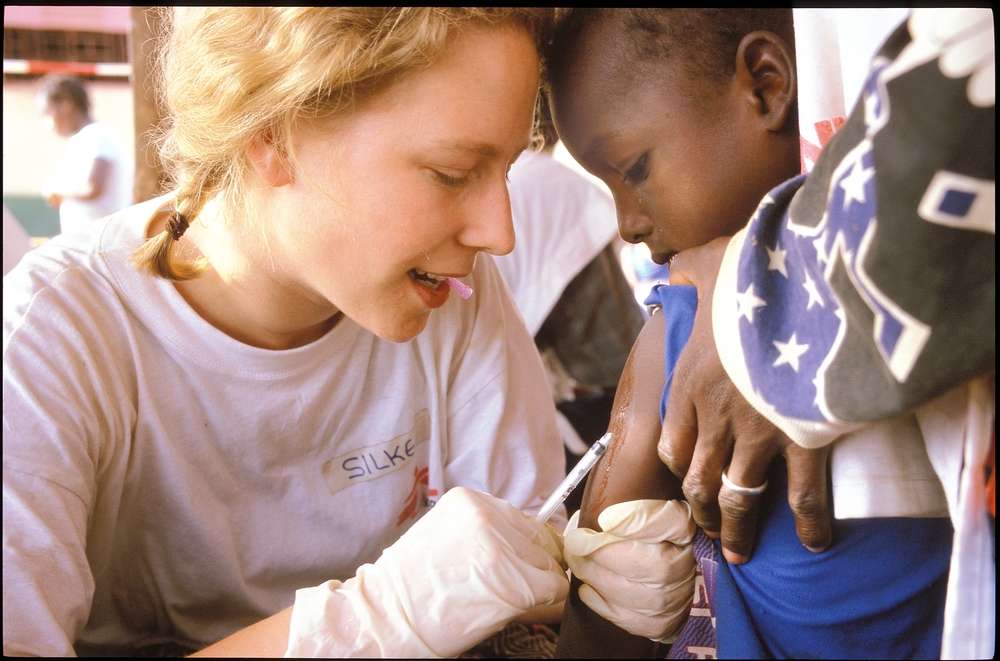 Governments meeting in Geneva for the annual World Health Assembly raised the alarm on the exorbitant rise in the price to vaccinate a child, and took a decisive step towards addressing the problem by passing a resolution which called for more affordable vaccines and greater transparency of vaccine prices.

The resolution was adopted by all member states, with more than 60 countries – including Algeria, Australia, Brazil, Colombia, Lebanon, Libya, Ecuador, Egypt, Indonesia, Niger, Nigeria, South Africa, Thailand, Pakistan, the Philippines, and the Republic of Korea, among others – explicitly stating their support for the resolution and concerns about high vaccine prices during the deliberations.

"While it's positive to see countries standing up for the health of their people, it also reflects the sad reality that vaccines are becoming increasingly too expensive for a large part of the world’s population," said Dr Manica Balasegaram, Executive Director for MSF’s Access Campaign.

“If governments do not take concrete action to address vaccine prices, they will be increasingly forced to make difficult choices about which diseases they can and can’t afford to protect their children against.”

In January, MSF released its vaccine pricing report, The Right Shot: Bringing Down Barriers to Affordable and Adapted Vaccines, which showed that in the poorest countries, the price to vaccinate a child is now 68 times more expensive than in 2001, with many parts of the world unable to afford new high-priced vaccines like that against pneumococcal disease, which kills almost one million children each year.

One reason why vaccines are so costly is linked to the fact that very little price information is publicly available, leaving many developing countries and humanitarian agencies to negotiate with pharmaceutical companies in the dark.

Many countries expressed an urgent need for the resolution, saying that any delay in its adoption would lead to more children dying from vaccine-preventable diseases.

MSF hopes that governments will use this momentum to ensure prices paid are publicly communicated, and that this call will be heard by pharmaceutical companies and global health experts across the world, leading to a concerted effort to bring prices down.

“Countries are frustrated that they’re unable to protect their children because of high vaccine prices. The power is in countries’ hands to increase affordability by collectively improving transparency of prices paid at the national level.

"With this resolution, countries have made a clear call that more action is needed. We need to put public health before profit: life-saving vaccines for children shouldn’t be big business in poor countries," said Balasegaram.