As a trauma surgeon working in an MSF hospital in Tal Abyad, I have seen a different kind of remnant - the lethal injuries and damage that these weapons leave behind. 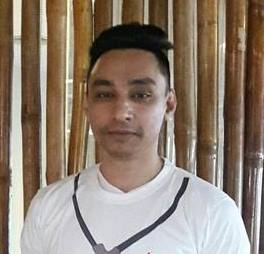 As a trauma surgeon working in an MSF hospital in Tal Abyad, I have seen a different kind of remnant - the lethal injuries and damage that these weapons leave behind.

We usually think of the remnants of war as unexploded shells, bombs or IEDs. But as a trauma surgeon working in an MSF hospital in Tal Abyad, the nearest secondary health facility to Raqqa City with surgical capacity, I have seen a different kind of remnant - the lethal injuries and damage that these weapons leave behind.

The effect of high-energy explosives, like those used by the warring parties in Raqqa, can be catastrophic for the human body. Most often injuries are fatal if the person is in close range of the bomb, rocket, shell or submunitions and the immediate blast effect.

If the person is lucky enough be further away from the direct impact, they are likely to experience secondary effects from the blast wave and high energy projectiles which cause considerable damage to the solid and hollow viscera - injuries such as bleeding into the chest, lacerations to the liver, spleen and kidneys, gastric and bowel perforations, and open bone fractures with associated vascular and soft tissue injury.

Yesterday, while on ward rounds, I got called to the emergency room to see two young sisters.

These young women both lost a limb from an airstrike five days ago, they have travelled for two long days to reach the Tal Abyad Hospital: one sister aged 20 years presented with an amputation above the elbow, the other sister aged 15 years had an amputation above the knee. Both had undergone their first surgery elsewhere before they reached the MSF facility, but their amputated wounds had been prematurely sutured closed and now are both severely infected.

Both young women need to go back to the theatre urgently, so their wounds can be re-opened and we can contain the infection. Surgically there are no choices in this instance: it is imperative to limit the spread of infection through aggressive debridement, which results in the residual limbs inevitably being shortened.

The 15-year-old now has a disarticulated hip, which means complete removal of the lower limb from the hip joint. This type of amputation is not easy to fit with an artificial limb, which means this young woman will likely spend much of her future in a wheelchair, a difficult reality to confront at any age.

The day before while still in theatre, I stepped out to evaluate a 20-year-old male in the emergency room.

His body is littered with what we routinely describe as shrapnel, but in reality it is metallic fragments of the bomb or shell, or other objects and debris expelled by the explosion. These fragments seared through this young man’s body causing massive internal bleeding and damage to his chest and abdomen, and caused multiple open fractures in his lower limbs.  He is immediately transferred to the operating theatre, where every minute matters.

Several long hours later, he has survived multiple surgeries to close the chest, explore the abdomen, to identify and stop the source of bleeding, removal of his spleen and fixation for the fractured lower limbs. Luckily, this young man will fully recover, albeit slowly. There is nothing unusual about these 3 particular patients, nothing that differentiates their injuries from the scores I have treated over the last week, the same kind of injuries, and the same kind of destruction.

Outcomes in war surgery are associated primarily with two critical elements. Firstly, adequate resuscitation, as soon as possible after the injury and the second is the quality and timing of the initial formal surgery in the operating theatre.

The concept of the “golden hour” refers to the notion that any delay in resuscitation worsens survival outcomes.  In northern Syria there are very few stabilization points operating near the front lines around Raqqa City - assuming that wounded patients can even navigate through the city to reach them. Raqqa City is upwards of three hours’ drive away from the MSF hospital in Tal Abyad. Surviving the three-hour long ambulance journey with severe and life-threatening injuries is the biggest challenge.

In a trauma setting even a highly-trained team struggles to counteract surgery’s effects on a severely injured patient.  After nearly seven years of war, health services in northern Syria are limited, constrained by lack of trained staff as many health workers have fled, displaced or been killed. Medical supplies are scarce due to the fragility of transport routes by which to import them, and health facilities have been damaged and neglected.

Salvaging the body from the brutal consequences of explosive weapons and devices is my everyday reality in northern Syria. Over the last months we have treated hundreds of people injured from the conflict and even as the current military offensive draws to an end, we unfortunately expect to continue to see blast-injured patients who encounter landmines and IEDs in Raqqa. We will inevitably continue to witness the devastating physical and psychological reminders of war among this population for a very long time to come.

The phone rings again, time to head to the emergency room, another blast patient is on the way.