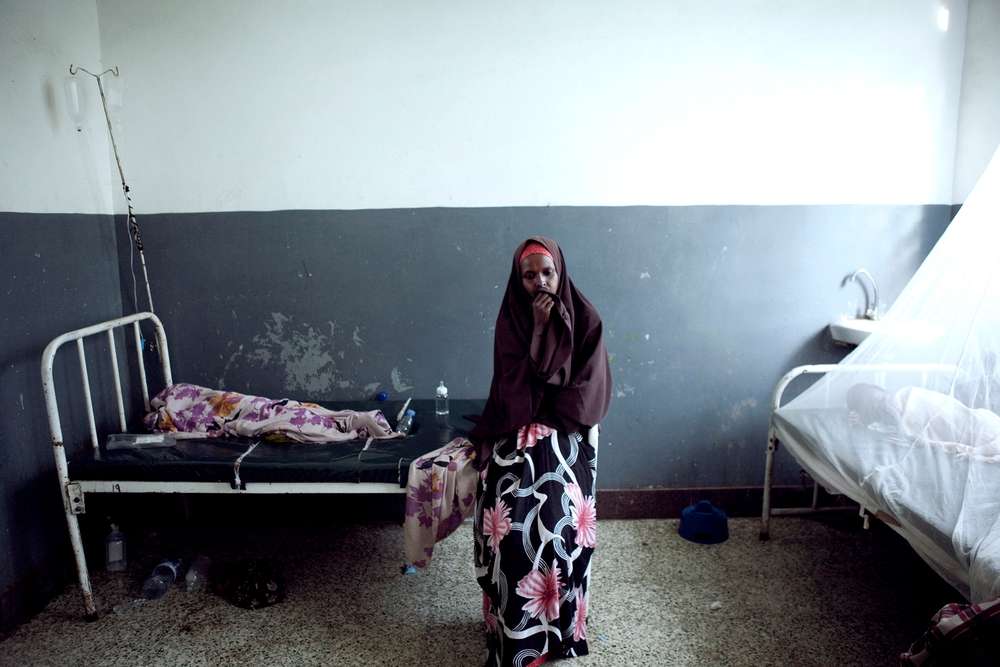 In a report released today, Médecins Sans Frontières/Doctors Without Borders (MSF) highlights violence, displacement and food shortages as salient features of Somalia’s humanitarian landscape. The report, Hear My Voice, draws on the testimonies of more than 800 Somali patients attending MSF medical facilities in Somalia and in Ethiopian refugee camps.

Patients describe a consistent pattern of high vulnerability and needs related to basic survival such as food, health care and protection from violence.

MSF Report: Hear My Voice - Somalis on living in a humanitarian crisis
© MSF

“As the Somalia government and the international community look to a brighter future in Somalia with a focus on stability and development, we cannot forget that many thousands of people are still exposed to extreme levels of violence and in need of emergency life-saving assistance,” says Operations Manager Joe Belliveau.

Over half of the people interviewed report being displaced from their homes, with approximately half of them stating violence and fear of attack, and another third stating food shortage, as the main reasons for displacement.

“Lack of security, lack of food, lack of humanity, lack of freedom and family separation are the hardest things in life. I have been displaced more than 10 times in my life. My husband died in an attack, and two of my children died because I was not able to give them food.” Woman, 25, from Lower Juba

The report emphasises that humanitarian assistance must remain a priority in large parts of south central Somalia and that it must remain independent of any political agenda.

MSF has worked continuously in Somalia since 1991 and does not receive any government or institutional funding for its Somalia programs.

Despite a reduction in activities over the past two years related to insecurity and attacks on MSF staff, MSF continues to provide lifesaving medical care to hundreds of thousands of Somalis in ten regions of the country, as well as in neighboring Kenya and Ethiopia.

On October 13, 2011 two MSF workers, Montserrat Serra and Blanca Thiebaut, were abducted in Dadaab refugee camp in Kenya. MSF believes that its two colleagues are being held in Somalia and appeal for their unconditional release.