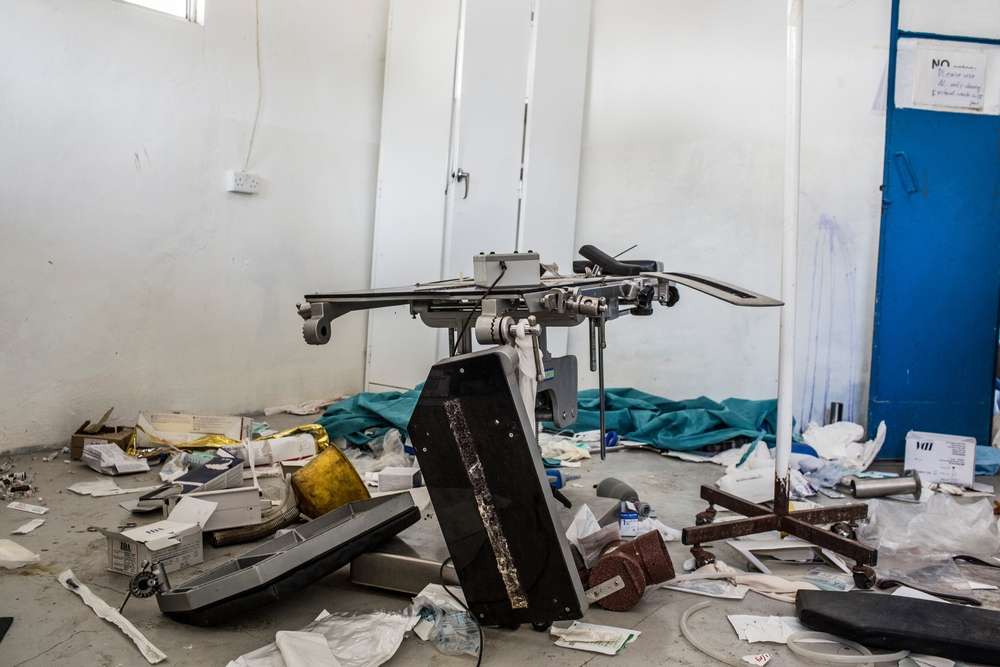 PRESS RELEASE: MSF is gravely concerned about an imminent attack on the town of Leer in South Sudan, and the potential impact on civilians and medical facilities.

Médecins Sans Frontières/Doctors Without Borders (MSF) is gravely concerned about an imminent attack on the town of Leer in South Sudan, and the potential impact on civilians and medical facilities.

The international medical humanitarian organisation has been forced to withdraw its international staff and halt all medical services at Leer hospital due to heavy fighting in Unity State.

“We must sound the alarm on the grim situation in southern Unity state,” says Pete Buth, deputy operations director for MSF. "We cannot stand by and watch as civilians and medical facilities are attacked again.

"All warring parties must take immediate steps to ensure that civilians, as well as humanitarian staff and their facilities and vehicles, are not targeted in the fighting.”

Last year, our hospital in Leer – which has served the community for 27 years – was burned and looted when the town was attacked.

National staff were forced to flee into the bush, carrying critically ill patients on their backs, after MSF vehicles were stolen by fighters.

Malnutrition in Leer reached alarming levels after the conflict in January 2014 forced MSF to evacuate.

“We hope that we do not see a repeat of what happened in January 2014 when fighting forced thousands of people – including our local staff who took along dozens of critically ill patients – to hide in the swamps with their families,” said Paul Critchley, MSF head of mission.

“When our staff were able to return some months later, we found the hospital burnt, the operating theatre destroyed, and our supplies looted.”

As a result, patients were not only deprived of care, but ongoing treatment for conditions such as HIV, TB and kala azar (visceral leishmaniasis) was interrupted.

Petterik Wiggers/MSF
Overview of the Leer hospital from the maternity ward in March 2015. MSF has worked in the hospital for 27 years.

Cut off from lifesaving care

Patients and staff living in the open in the swamps were forced to subsist on roots and wild fruit, drinking dirty swamp water, making them more vulnerable to malaria and diarrhoeal diseases.

In March 2015, MSF medical staff admitted 264 inpatients in the Leer hospital and managed 6473 outpatients and 1116 malnourished children from Leer town and surroundings.

“Today, we withdraw again with a heavy heart, because we know how civilians will suffer when they are cut off from critical, lifesaving medical care,” said Critchley.  “We call on all armed actors to show unconditional respect for our patients, medical facilities and staff.”

MSF has been working in the region that today constitutes the Republic of South Sudan since 1983, and currently runs 17 projects in six of the country's 10 states with regular projects in Agok, Aweil, Bor, Bentiu, Gogrial, Leer, Maban, Malakal, Melut, Mayom, Old Fangak, Lankien, Pibor, Wau Shilluk, Yambio, Yuai, and Yida.