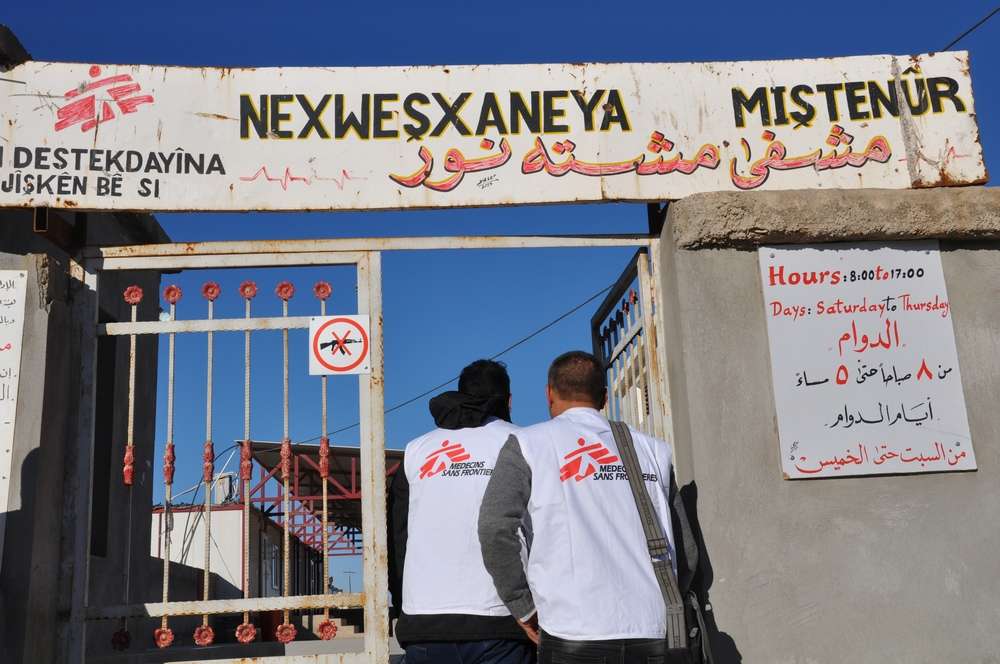 Syria: All parties to conflict must respect medical facilities

PRESS RELEASE: After a missile lands 800 metres from an MSF clinic, MSF calls on all parties to the conflict to respect patients, medical staff and health facilities.

PRESS RELEASE: After a missile lands 800 metres from an MSF clinic, MSF calls on all parties to the conflict to respect patients, medical staff and health facilities.

All parties to the conflict in Syria should respect patients, medical staff and health facilities, said the international medical organisation Médecins Sans Frontières/Doctors Without Borders (MSF).

On 24th January a missile landed 800 metres from an MSF field hospital in the Aleppo area, although no casualties were reported. On 13th January, after an airstrike on a market in the nearby town of Azaz, 20 wounded were treated at MSF’s hospital.

Growing insecurity in the Aleppo region is weakening efforts to provide essential medical care. MSF remains committed to assist the population in Syria despite widespread violence and recent security incidents in the areas where its medical teams are working.

The MSF team in a field hospital in northern Syria hide in a basement while a helicopter passes by. © MSF

“The growing number of attacks in this area is likely to undermine our capacity to carry out medical activities,” says Teresa Sancristóval, MSF’s emergency desk manager.

“Since we started working in Syria, we have tried to find safe places in which to treat the population. Women and children are paying a very high price in this war.”

While MSF continues to treat people injured in the violence, they are just the tip of the iceberg in a humanitarian crisis that is affecting all sections of society.

“Besides the war-wounded and the direct victims of violence, the conflict is affecting the most vulnerable, especially people with chronic diseases, women and children,” says Miriam Alía, MSF medical coordinator.

Amongst pregnant women, miscarriages and pre-term births are on the rise because of the stress caused by the conflict. Women who would previously have given birth in hospital now find themselves with little access to free medical services. MSF’s field hospital in the Aleppo region is one of the few facilities providing much-need healthcare for pregnant women and newborn babies.

“Every day women are seeking medical care and delivering in our hospital,” says Sancristóval. “Deliveries in our facilities climbed from 56 in November to over 150 in the first three weeks of January.”

So far this month, MSF has treated 15 pre-term babies who would normally require specialised medical equipment which is currently only available across the Turkish border.

MSF teams are providing emergency, obstetric and general healthcare in Syria. From June 2012 to January 2013, they conducted more than 10,000 consultations and performed over 900 surgical interventions.

Since the protests began in Syria almost two years ago, MSF has tried to gain access to the areas where humanitarian needs are most urgent. However, the scope of MSF activities inside Syria remains limited due to insecurity and official restrictions. For months MSF has been seeking official authorisation to assist Syrians in government-controlled areas, so far without success.