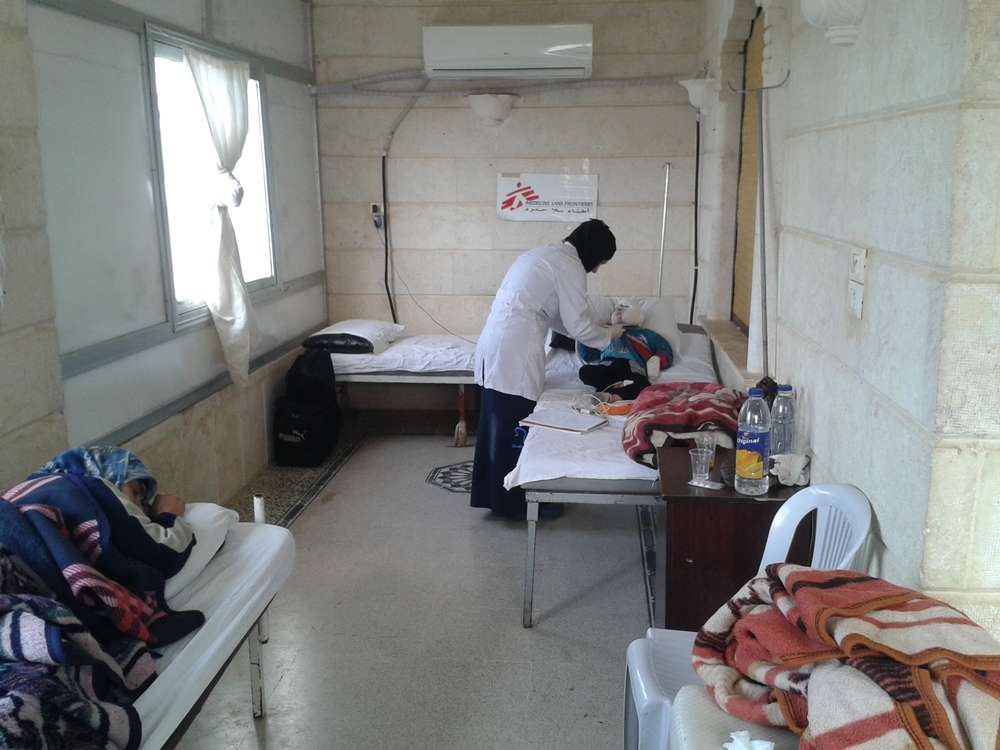 Shortage of fuel is putting the lives of Syrians in even more danger as health services are at risk.

Many health structures in Hama and Idlib have been forced to close or to drastically cut their activities due to a lack of fuel for their electricity generators and transport.

With supply routes for fuel cut in recent days due to fighting between armed groups in parts of northern Syria, diesel has been difficult to obtain since 14 June, and prices have increased by up to 500 percent.

The prices of other items have increased in local markets as a result, and the shortage has interrupted the production of basic food items like bread.

Hama and Idlib Health Administrations issued urgent distress calls on 15 and 16 June respectively, announcing their health structures are reducing activities due to the lack of fuel, and that they may be forced to shut in the coming days if none becomes available.

Hospitals at risk of closure

Hospitals in other areas have also called for help, while the Syrian Civil Defense warned that their aid activities could stop in Aleppo, Hama, Idlib and Lattakia due to the lack of fuel.

“The medical situation in northern Syria was already difficult for the population,” said Dounia Dekhili, MSF programme manager for Syria.

“With so many hospitals now at a risk of closure, the lives of many Syrians are in even greater danger. Fuel is needed to run water pumps for clean water, to run incubators for newborns and to run ambulances for lifesaving care.”

While the MSF hospital in Atmeh still has a few weeks’ worth of fuel, it has had to take measures to reduce its consumption.

MSF has received requests for fuel from a number of hospitals which it supports in northern Syria and has started to provide some donations of fuel.

Some 6,200 litres of fuel have so far been provided to 15 health structures in Aleppo, Idlib and Hama governorates as well as to ambulance networks, with more donations planned in the coming days.

Needs of the Syrian people

MSF is assessing the needs of the rest of the hospitals it supports in northern Syria and continues to monitor the situation, but communication with some hospitals where the generators have stopped has been impossible.

“The support we are providing will only have a short term impact,” said Dekhili. “We call for a mobilisation of fuel assistance in line with the massive and immediate needs of the Syrian people, to allow essential services such as hospitals, ambulances and bakeries to function.”

MSF operates six medical facilities inside Syria and directly supports more than 100 clinics, health posts and field hospitals. MSF is also working with patients from Syria who have fled to Jordan, Lebanon and Iraq.

Read more about our work in Syria.