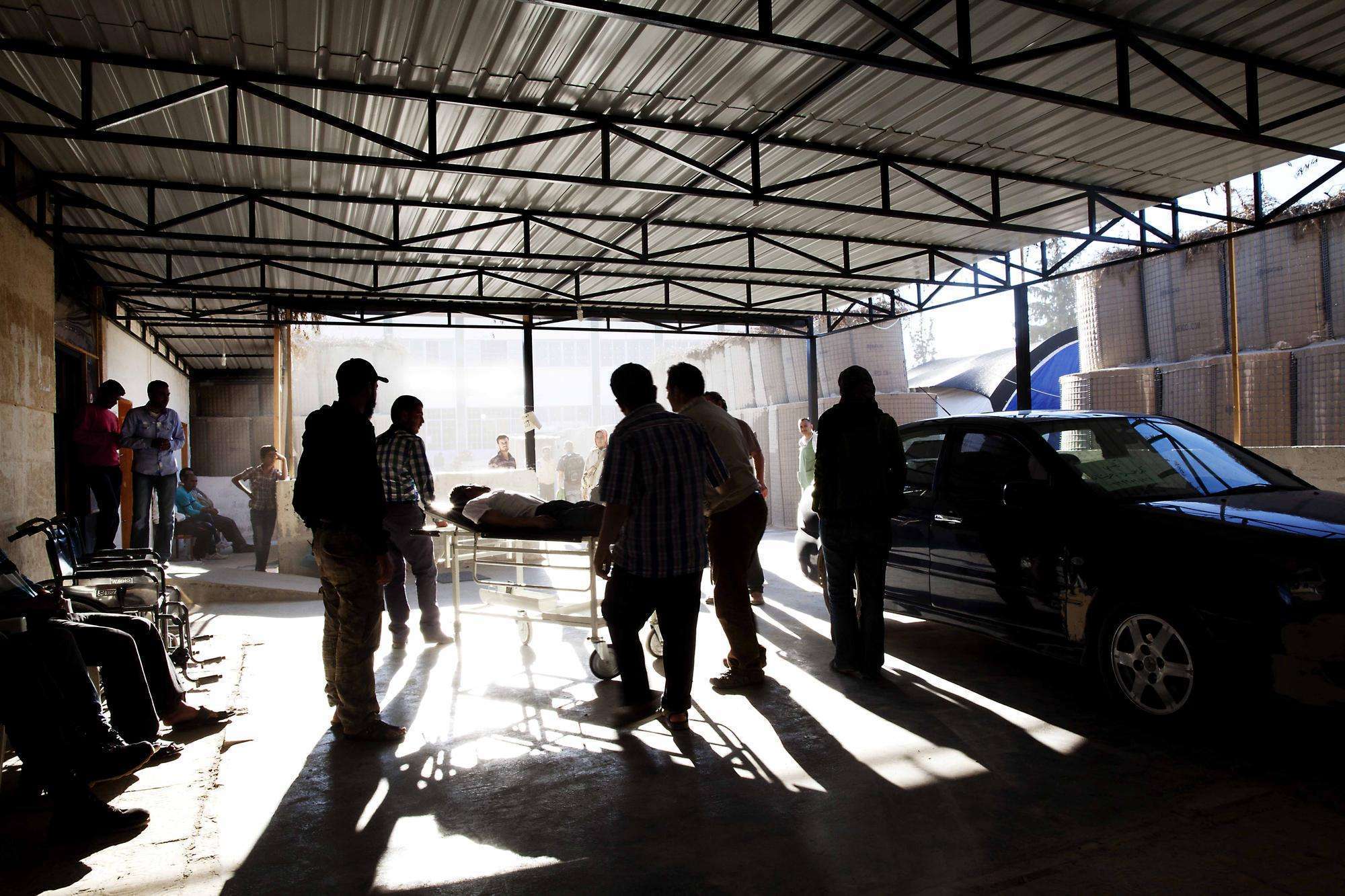 PRESS RELEASE: The hospitals in the northern city of Aleppo have found themselves overwhelmed after a wave of airstrikes killed over 100 people and left many more injured in the last few days, according to local medical sources. MSF is supporting the hospitals in the area with medical supplies to deal with the emergency.

The hospitals in the northern city of Aleppo have found themselves overwhelmed after a wave of airstrikes killed at least 189 people and left 879 injured in the last few days, according to local medical sources. Médecins Sans Frontières/Doctors Without Borders is supporting the hospitals in the area with blood donations and medical supplies to deal with the emergency.

Syrian helicopters started dropping barrel bombs on 15th December on several areas of eastern Aleppo. Despite widespread suffering, these indiscriminate and sustained attacks were still going on today and have caused significant damage in areas populated by civilians.

“For the past three days, the helicopters have been targeting different areas, among them a school and the Haydarya roundabout, where people wait for public transport vehicles,” says Aitor Zabalgogeazkoa, MSF coordinator in Syria. “In both cases, there were dozens of dead and injured people. A dozen bodies were being lined up in front of three hospitals waiting to be recovered by the families.”

The emergency is overcrowding the network of hospitals in Aleppo and leaving them with little or no resources. The frequent episodes of violence are destroying the city, with devastating consequences for the healthcare system. Since the war started, most of the hospitals in Aleppo have been partially damaged or destroyed. This wave of attacks is having a cumulative effect on the already exhausted healthcare facilities.

“Repeated attacks often lead to chaos and make it more difficult to treat the wounded, therefore increasing the number of fatalities,” says Zabalgogeazkoa. “The ambulances are overwhelmed because they are called to several areas at the same time. Doctors face extremely difficult decisions because they receive such a significant flow of patients.”

The structural lack of support to hospitals in Aleppo and the difficulties to send medical supplies are affecting the capacity of the medical facilities to treat patients. The massive flow of patients after this wave of attacks has emptied the stocks of critical drugs and medical materials for life-saving activities.

“The hospitals in the area are overrun and are asking for medical supplies. We sent them immediately,” says Zabalgogeazkoa. “Lots of patients have had to be referred outside Aleppo.”

“We ask all the parties in conflict, and the Syrian Government at this particular moment, to stop targeting civilian infrastructures, such as hospitals and schools, and to stop using weapons with indiscriminate effects in urban areas, where civilians are paying the highest price,” says Teresa Sancristóval, MSF emergency desk manager. “All parties must comply with international humanitarian law.”

In November, MSF treated 88 wounded in less than a week as a result of the attacks in the northern areas of the city.