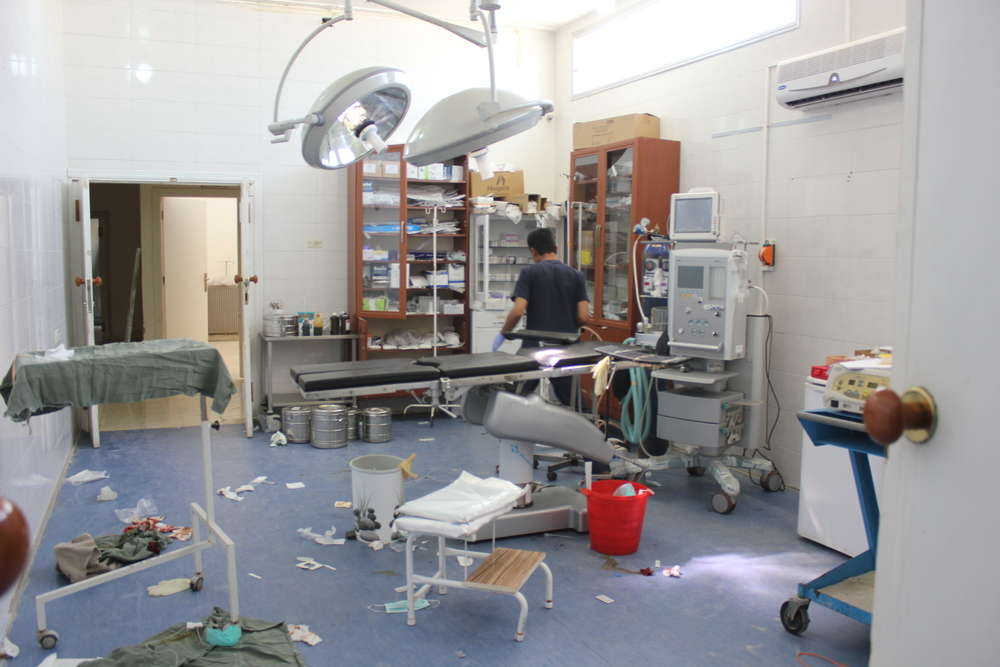 PRESS RELEASE: After two years of extremely violent conflict, the humanitarian situation in Syria is now catastrophic and the aid provided falls drastically short of what is needed.

After two years of extremely violent conflict, the humanitarian situation in Syria is now catastrophic and the aid provided falls drastically short of what is needed. The diplomatic paralysis preventing a political resolution of the conflict can by no means excuse the failure of humanitarian response.

MSF calls on the parties involved in the conflict to negotiate an agreement on humanitarian aid, to facilitate its supply around the country via neighbouring countries or across front lines. Meanwhile, states, United Nations and donors must acknowledge the country’s fragmentation and urgently give their support to NGOs to help them provide assistance where they can.

The Syrian population is faced with a conflict of extreme violence and a humanitarian situation of catastrophic proportions: the previously well functioning health system has collapsed; food shortages are commonplace, and water and electricity supply is disrupted.

According to the United Nations, 2.5 million Syrians have been displaced in the country, while 57 percent of hospitals have been damaged and 36 percent are unable to function according to official data.

These statistics do not include the private clinics or makeshift hospitals that have been destroyed or damaged.

Over 5,000 Syrians continue to flee the country every day, bringing the total number of refugees to one million people according to UNHCR.

Most of these refugees have settled in neighbouring countries, where assistance programmes are insufficient and struggling to respond to the influx of people.

While the needs of the population across Syria and refugees in neighbouring countries are considerable, the aid being provided is largely insufficient.

In the government-controlled areas in Syria, aid is managed by the Syrian Arab Red Crescent (SARC) and other local organisations, authorised by the government to distribute aid.

United Nations’ agencies and international aid organisations authorised by the government are obliged to work in partnership with local organisations whose intervention capacity is saturated and restricted to certain geographical areas.

In areas under the opposition’s control, international aid is extremely restricted. The majority of aid to civilians comes from the Syrian diaspora, countries “friendly” with the opposition and politico-religious welfare networks, and is thus subject to the political agendas of each of these stakeholders.

MSF, which due to a lack of government authorisation does not have access to Damascus-controlled territories, has been able to open three hospitals in the north of the country and has seen firsthand that aid is largely insufficient to meet the scale of the population’s needs.

Faced with this situation, the capacity of the humanitarian organisations to deploy impartial aid throughout Syria must be increased as a matter of urgency.

A Syrian nurse cleans the wounds of a patient at the MSF clinic in northern Syria, on Thursday, January 31, 2013. The patient was injured several days earlier by a shell and returned to the clinic for a follow up.
© Nicole Tung

“The Damascus authorities hold the key to breaking this deadlock and remove all obstacles to independent aid across the country,” describes Christopher Stokes, General Director of MSF, “we call on the parties involved in the conflict, for want of political resolution, to reach at least a basic agreement on humanitarian aid to facilitate its provision through the most effective means possible.”

Such an agreement should stipulate the practical conditions for deploying aid as part of the humanitarian operations carried out from neighbouring states or across the front lines.

MSF also calls on belligerent parties to respect any medical structures set up in the country.

In the meantime, the absence of any agreement should not prevent international NGOs taking action anywhere they can, regardless of which authority controls these areas. States and the United Nations must support cross-border humanitarian operations. Moreover, the supply of impartial aid to areas controlled by the opposition and neglected zones must no longer be subject to sanctioning by the Syrian government.

MSF has opened three hospitals in northern Syria and has treated 16000 patients and carried out 1,300 surgical operations. MSF teams are also giving assistance to Syrian refugees in Lebanon, Iraq, Jordan and Turkey.