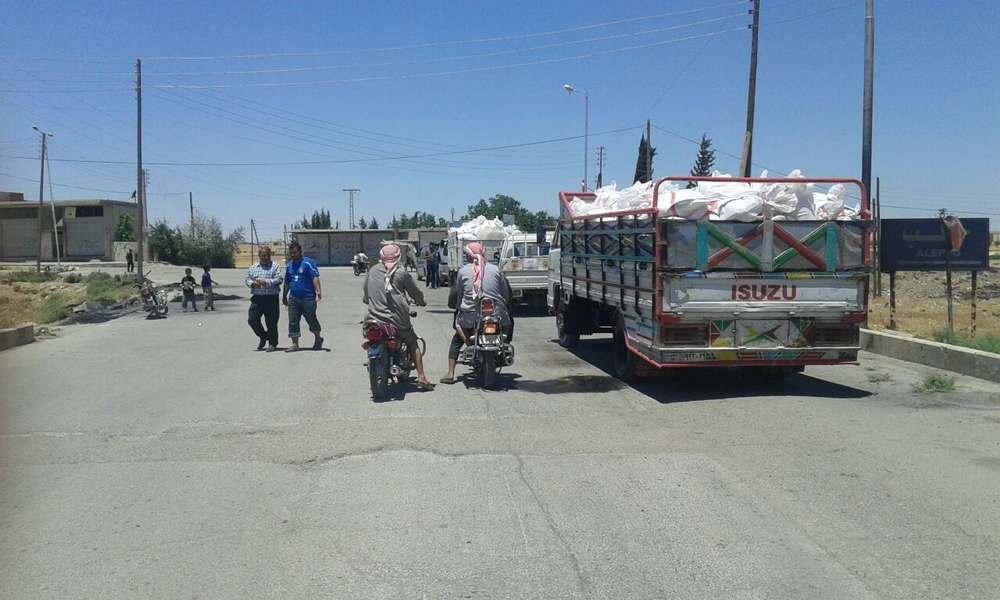 PRESS RELEASE: International aid provided to Syria is not being distributed equally between government and opposition controlled areas, warns MSF ahead of the Donors’ Conference for Syria in Kuwait City.

PRESS RELEASE: International aid provided to Syria is not being distributed equally between government and opposition controlled areas, warns MSF ahead of the Donors’ Conference for Syria in Kuwait City.

Donors to pledge US$1.5 billion in aid

MSF has been working on the ground in Syria since June 2012, trying to provide humanitarian assistance to people affected by the conflict. © MSF

Donors are scheduled to meet in Kuwait City on 30th January to assemble pledges totaling US$1.5 billion in humanitarian aid for victims of the Syrian conflict.

However, aid operations to date have been implemented primarily from the capital city, Damascus, via the International Committee of the Red Cross (ICRC) and United Nations agencies working in partnership with the Syrian Red Crescent, the only organization authorized by the government to distribute assistance.

As a result, only a tiny portion of international aid reaches opposition-held areas. More generally, impartial assistance is insufficient in Syria on each side of the front lines, as well as in the neighbouring countries for Syrian refugees.

“The participants in the Kuwait City conference must acknowledge the legitimacy of cross-border humanitarian operations intended for Syria and grant them the financial, administrative and logistical support they require.”

Since June 2012, the Syrian armed opposition has extended and consolidated its hold on large areas of the country. While the exact numbers of Syrians living in those regions cannot be determined, the opposition’s strong presence in the cities, as well as in the densely-populated countryside of Damascus, Aleppo and Idlib, suggests that at least one out of every three Syrians (approximately seven million people) lives in areas outside the authority of the government.

Syrians themselves are organising in these areas to provide assistance to civilians, aided by Syrians in the diaspora, neighboring countries and solidarity networks. This aid is clearly inadequate.

Essential items, such as shelter, blankets, fuel, flour, and infant formula, are in short supply. Targeted by the government’s forces, unofficial health services are struggling to meet the needs of the many wounded and chronically-ill.

A few international aid organisations, including MSF, are assisting civilians in the opposition areas. Since 2011, MSF has been providing medical supplies and drugs to Syrian doctors’ groups who are providing treatment to wounded patients in secret.

MSF’s efforts have expanded in the last six months, with the opening of three hospitals in the northwest of the country, where more than 900 operations have been performed. Nonetheless, this assistance is not enough, given the scale of people’s medical needs in Syria.

Providing humanitarian aid in wartime requires flexibility and responsiveness both on the part of aid workers and institutional donors. Otherwise, aid remains a passive witness to the suffering it is intended to ease.

For more information on MSF's work in Syria, visit our Focus Page.