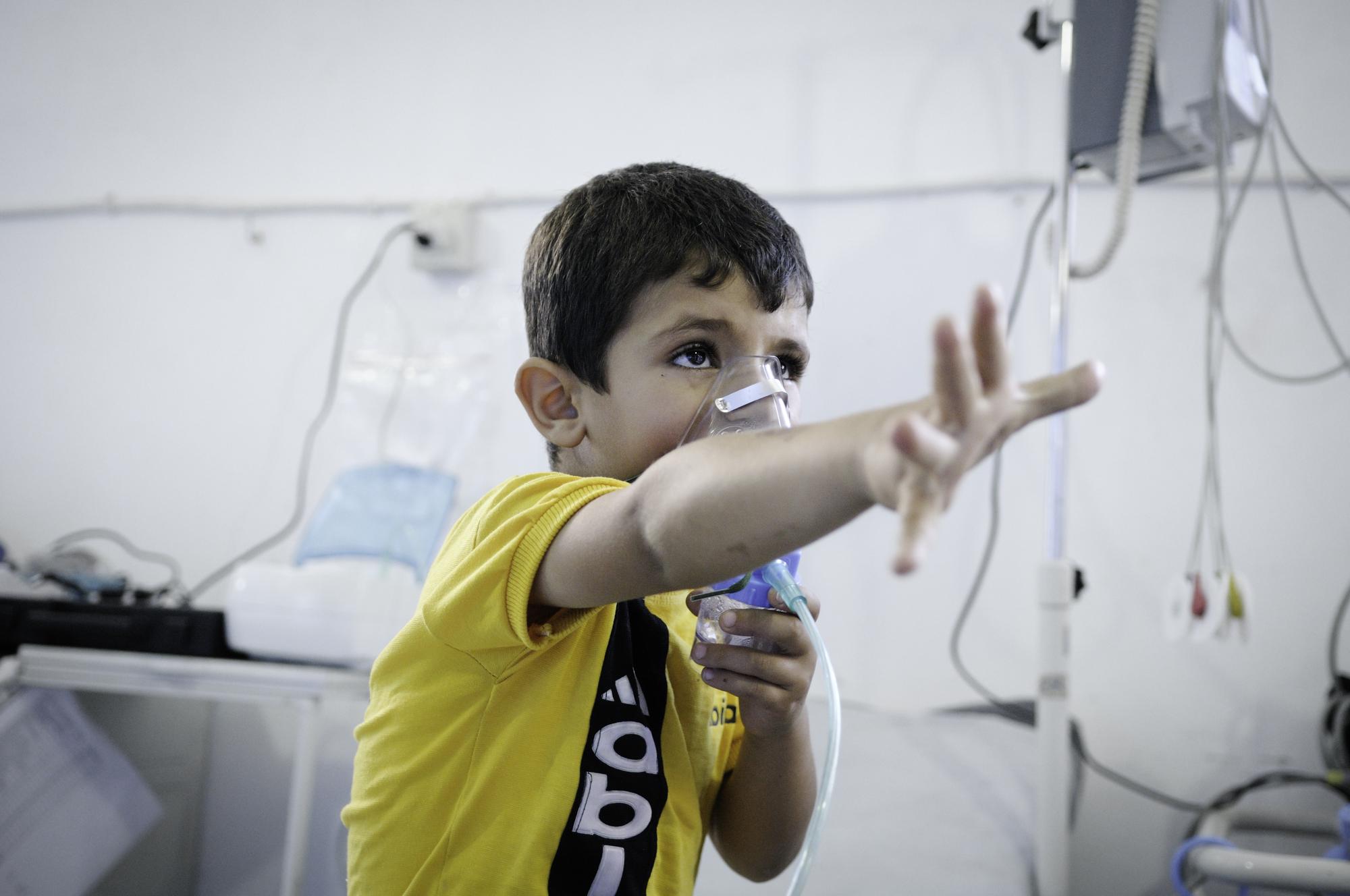 PRESS RELEASE: The massive political mobilisation seen around the issue of chemical weapons in Syria must immediately be applied to humanitarian access.

The massive political mobilisation seen around the issue of chemical weapons in Syria, reemphasised by the award last Friday of the Nobel Peace Prize to the Organisation for the Prohibition of Chemical Weapons (OPCW), must immediately be applied to humanitarian access, the aid organisation Médecins Sans Frontières/Doctors Without Borders (MSF) said today.

Many areas of Syria remain entirely under siege, sealed-off from life-saving humanitarian assistance, either because access is blocked by the Damascus authorities or due to the intensity of fighting.

For example, in the East and West Ghouta suburbs of Damascus - areas visited by chemical weapons inspectors - medics are reporting desperate shortages of drugs and cases of malnutrition due to lack of food, but aid has been unable to reach them.

“Influential countries gathered around a table, thrashed out an agreement on chemical weapons and put it into practice. They have shown it can be done, so where are the efforts to repeat this success with the burning question of access for humanitarian aid?”

The paralysis of humanitarian access is not limited to areas under siege. In Aleppo governorate, several days of intense bombing in As Safirah and Abu Djirin, as well as on camps of displaced people in the area, have forced 18,000 families to flee for their lives.

MSF has treated 20 severely wounded, including many children, but access to displaced families was impossible because of the continued bombing.

Political will around the issue of chemical weapons led swiftly to a unanimously agreed UN Security Council Resolution and has seen inspectors being allowed to visit areas that have been under siege for months.

In stark contrast, the lack of political mobilisation around humanitarian access leaves areas in Aleppo and the suburbs of Damascus cut-off from aid, and essential medical supplies are being systematically blocked from crossing frontlines.

The deployment of international staff, an issue which has been problematic for humanitarian organisations since the start of the conflict, has been relatively straightforward for the UN/OPCW team; in just a few weeks 50 to 100 chemical weapons inspectors have arrived in Syria.

By comparison, after two and a half years of war the UN humanitarian office had to halve their 100 staff last March and has not yet been able to increase the number.

“MSF recognises the gravity of the use of chemical weapons and the utmost importance of the work of the OPCW inspectors.

“However the rapid deployment of chemical weapons inspectors has set a precedent and now the 2nd October UN Security Council presidential statement on humanitarian assistance must be implemented with immediate effect,” said Stokes.

“MSF calls on Damascus authorities, opposition groups and those countries who have any influence in the conflict to ensure that humanitarians can work safely and unimpeded, and that humanitarian assistance is immediately able to reach those parts of Syria in the greatest need.”