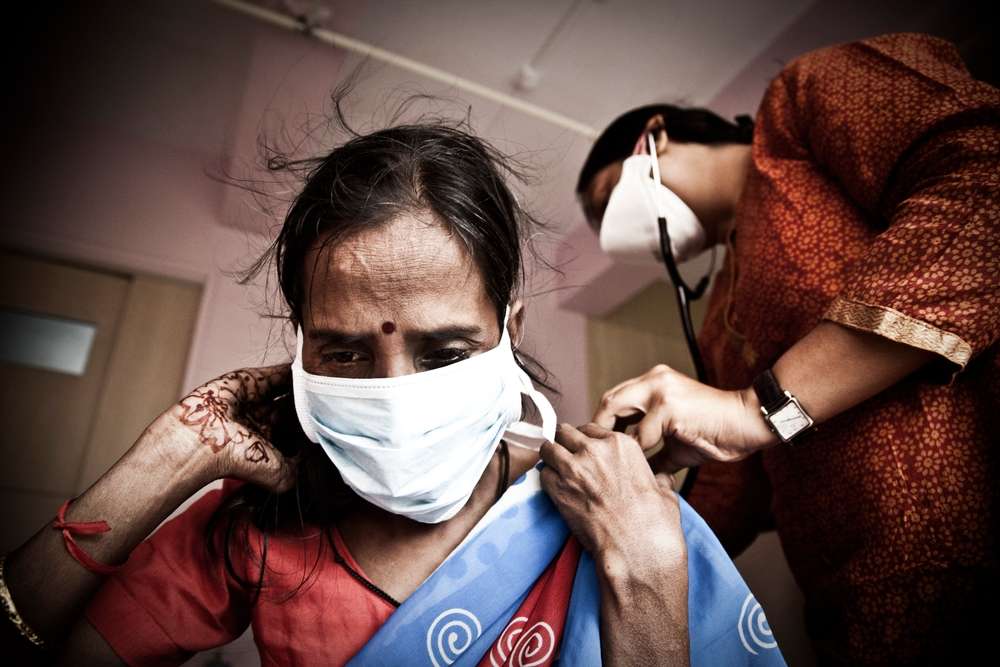 PRESS RELEASE: Without a new approach to developing and pricing new tuberculosis medicines, the global TB response will be unable to deliver the new treatment combinations needed to close the deadly treatment gap for drug-resistant tuberculosis.

Without a new approach to developing and pricing new tuberculosis medicines, the global TB response will be unable to deliver the new treatment combinations needed to close the deadly treatment gap for drug-resistant tuberculosis (DR-TB), warned the international medical humanitarian group Médecins Sans Frontières/Doctors Without Borders (MSF) at the Union World Conference on Lung Health in Paris.

“If I could change anything about having TB it would be the treatment; if we could have less toxic drugs and simpler, shorter treatment regimens, there would be fewer people dropping out of treatment and fewer people dying”, said Phumeza Tisile, who received TB treatment through MSF’s programme in Khayelitsha, South Africa.

In December 2012, a 50 year drought in TB drug research and development (R&D) came to an end with the approval in the U.S. of bedaquiline, a novel TB medicine marketed by Janssen, a subsidiary of Johnson & Johnson (J&J).

“This is a significant milestone for clinicians and patients, but there is no room for complacency or celebration yet. The new drug is obviously a boon, but what we really need are entire new combinations of drugs to treat DR-TB”, said Dr Cathy Hewison, TB advisor for MSF.

“If we are unable to offer patients an entirely new, tolerable and more effective regimen in the coming years, the opportunity to radically improve DR-TB treatment will be squandered.”

The U.S. Food and Drug Administration fast-tracked the approval of bedaquiline, the World Health Organization (WHO) issued rapid guidelines for its use, and J&J has pushed for registration fairly widely; these are positive signals that the TB context is ready to respond quickly to new drugs.

But achieving the goal of entirely new regimens requires a more fundamental change in the way TB drugs are researched and brought to market.

“We need much more collaborative research early on, instead of companies operating in silos, and this will require a massive commitment from the global research community, as well as a significant injection of funds at a time when the global investment for TB R&D is actually declining”, said Sharonann Lynch, policy advisor for the MSF Access Campaign.

WHO estimates that fewer than 20 percent of the world’s drug-resistant TB cases are diagnosed and treated.  Because treatment is long, arduous, expensive and poorly effective, with global cure rates stagnating around 50 percent, scale-up of DR-TB diagnosis and treatment is extremely difficult.

Affected countries should scale up efforts to diagnose and treat DR-TB today, so that robust programmes are in place to ensure responsible and effective use of new treatment combinations once they are available. To achieve this, countries will need support, so a fully financed Global Fund to Fight AIDS, Tuberculosis and Malaria will be critical.

“We also need to be preparing the ground so that new treatments are affordable. J&J’s pricing structure for bedaquiline leaves middle-income countries, some of which are among the hardest hit by DR-TB, paying US$3,000 for a six-month course”, said Sharonann Lynch.

“That’s for just one drug - bear in mind several drugs are needed for effective treatment. If the new treatment combinations of the future cost in excess of several thousand dollars even in the poorest countries, as they do today, how on earth will countries be able to increase access and expand coverage?”

MSF is one of the largest non-governmental organisations providing DR-TB care. In 2012, MSF treated 29,000 patients for TB in 30 countries, and 1,780 patients for DR-TB in 18 countries.

MSF and the International Union Against Tuberculosis and Lung Disease today released DR-TB Drugs Under the Microscope, a report on the prices, sources, access environment and R&D landscape for DR-TB medicines.