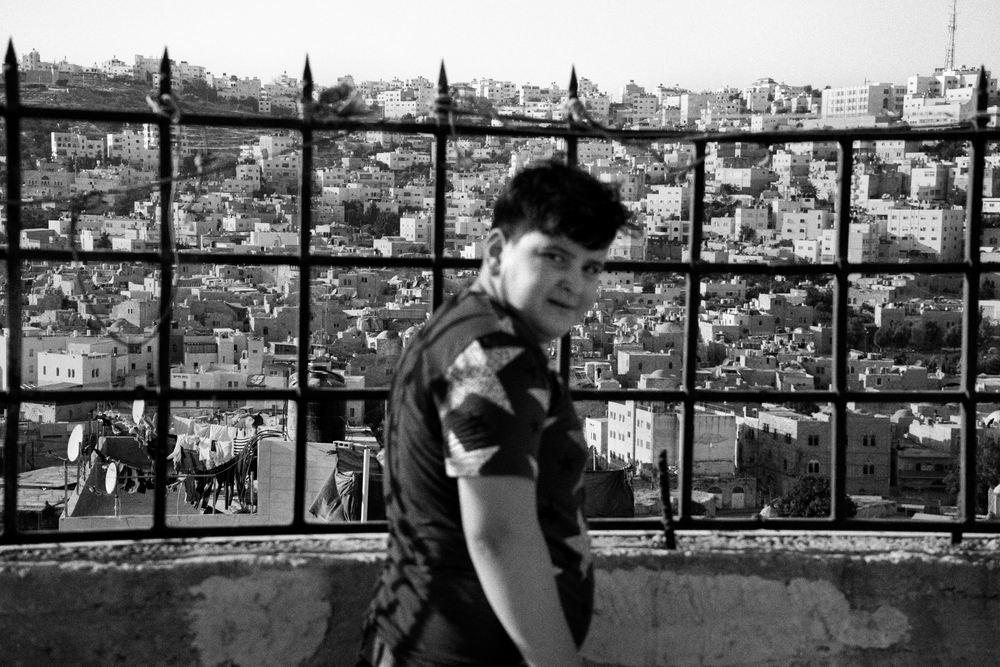 At a time of escalating violence, Palestinians face a mental health crisis

A new exhibition by award-winning photographer Moises Saman reflects on the impact of the Israeli occupation on the mental health of people in the West Bank.

A new exhibition by award-winning photographer Moises Saman reflects on the impact of the Israeli occupation on the mental health of people in the West Bank.

Amman/Jerusalem/Barcelona, 10 October 2018 - A new exhibition from award-winning photographer Moises Saman and medical humanitarian organisation Médecins Sans Frontières/Doctors Without Borders (MSF) is highlighting the mental health impact of ongoing violence and occupation in the West Bank and the diminishing ability of Palestinians to cope with this.

“Palestinians living in the West Bank experience enormous levels of direct and indirect violence in their daily lives and this is having an impact on the mental health of many of them,” said Juan Carlos Ramos, MSF head of mission in Palestine.

“Every day, our teams work to support people suffering as a direct result of events related to the violence, including detention of relatives, violent home and school raids, house demolitions, the killing of family members, searches at checkpoints, and day to day harassments by settlers and soldiers.”

To raise awareness about this issue, and to coincide with World Mental Health Day on 10 October, MSF has launched ‘Occupied Minds’, a travelling multimedia exhibition featuring the work of award-winning Magnum photographer Moises Saman. The exhibition will run in Amman, Jordan until 31 October.

Saman´s work chronicles the lives of those struggling to cope with mental health issues as a result of pervasive violence. His work explores the intimate and personal impact of traumatic events on Palestinians living in Hebron, a city in the Israeli-occupied West Bank. The exhibition includes a series of black and white photographs featuring five patients and one MSF psychologist.

Among those featured in Saman’s work is Raed, a father of six, who is unable to provide for his family after being shot and injured by Israeli soldiers. The work also gives voice to women like Noura, who is plagued by crippling fear and nightmares after the arrest of her children.

“I have covered the Middle East extensively, but this was the first time I visited Hebron. What struck me most is how the impact of the Israeli occupation is really everywhere, affecting virtually every aspect of people´s lives,” said Saman. “These are individual stories, but their suffering is collective and transgenerational.”

MSF has run mental health support programmes in Hebron since 2001. In 2018, MSF mental health teams provided over 6,400 people with individual or group counselling, psychotherapy, psychosocial first aid or psycho-educational support. However, mental health issues remain a stigmatised topic in Palestine, discouraging many of those who need help from seeking it. As such, it is critical to raise awareness about the importance of mental health among Palestinians to encourage them to find support.

“We live in a place where a lot of traumatic events occur. This leads to anger, worry and a lack of hope about the future. Many of the people affected are teenagers and this will mark their

adult lives. At this age they want freedom, to move around without constraints, a future,” says Mervat Suboh, an MSF psychologist in Hebron.

The main symptoms seen by MSF teams are anxiety, sleeping problems, and feelings of sadness and fear. In children, symptoms include bedwetting, nightmares, eating disorders and behavioural problems.

"At a time when the level of violence in Palestine has escalated, these stories serve as a reminder of the enduring impact of the Occupation and that our patients not only suffer from physical wounds, but psychological ones as well,” says AhmEd Fadel, MSF operations manager in the Middle East. “It is crucial to continue putting a focus on mental health.”

The ‘Occupied Minds’ exhibition is hosted at the Fann Wa Chai cultural centre in Amman. It has free entry. The exhibition has been designed to be hosted in other cities in the future, as part of an awareness campaign.

Since 1996, MSF has run mental health programmes offering free and confidential support in the West Bank. At present, the organisation is also carrying out surgical and other medical activities in Gaza.