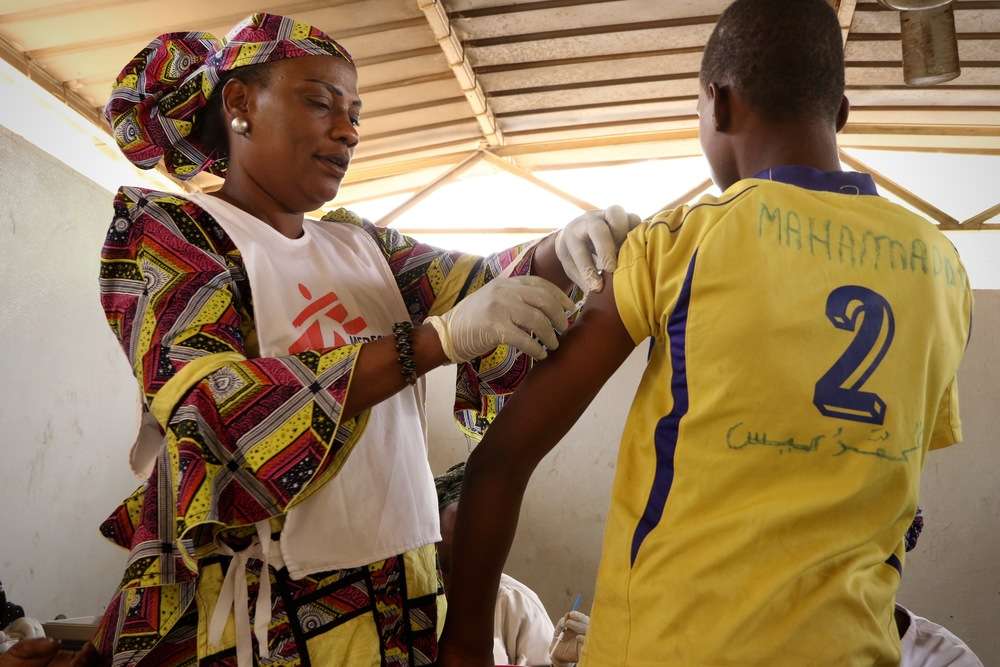 PRESS RELEASE: Governments meeting this week must seize the opportunity to improve serious shortcomings in the ‘Decade of Vaccines’ blueprint that will drive the global community’s vaccines response in the next few years.

PRESS RELEASE: Governments meeting this week must seize the opportunity to improve serious shortcomings in the ‘Decade of Vaccines’ blueprint that will drive the global community’s vaccines response in the next few years.

Governments meeting at the World Health Organization’s Executive Board (WHO EB) this week must seize the opportunity to improve serious shortcomings in the ‘Decade of Vaccines’ blueprint that will drive the global community’s vaccines response in the next few years.

If they fail to do so, key reasons why children continue to be missed by immunisation programmes will be left unaddressed.

Countries are discussing the monitoring and evaluation framework that will assess the success and steer the activities of the ‘Global Vaccine Action Plan’.

Although high vaccine prices pose a considerable threat to the sustainability of vaccine programmes, the framework does not include any measures to monitor prices at all.

“The cost of vaccinating a child has risen by 2,700 percent over the last decade, so it is puzzling that the vaccines blueprint for the next decade does not have a goal to bring prices down,” says Dr Manica Balasegaram, Executive Director of MSF’s Access Campaign.

“Governments in countries where we work are increasingly worried about how they will foot the bill for vaccines when donor support tapers off. A strong pricing indicator would show at a minimum that legitimate concerns about pricing are being taken seriously.”

In 2001, the cost of vaccinating a child was US$1.37 for the basic vaccines package with BCG, polio, diphtheria, tetanus, pertussis and measles.

MSF staff preparing the pentavalent vaccine outside a clinic in the DRC. © Ben Milpas

With the addition of more vaccines, and particularly two new vaccines against pneumococcal disease and rotavirus - which together account for nearly 75 percent of the cost of vaccinating a child - the cost per child has risen to $38.80 at best, with many countries paying much higher prices.

“Much more attention needs to be paid to getting vaccine prices down, for example by speeding up the market entry of emerging producers which would foster competition.

"The ‘Decade of Vaccines’ is expected to cost around $50 billion, and the cost of the vaccines themselves will swallow a large chunk of that money. Simply ignoring this fact is not on,” says Dr Balasegaram.

Equally alarming is the action plan’s lack of ambition when it comes to tackling the fact that many vaccines are ill-suited for use in developing countries today.

Over the last five years, 112 million children did not even receive the basic vaccine package to protect from childhood killers, in large part because today’s vaccines are difficult to use in remote or rural areas (e.g. they must be kept cold, require trained health workers to administer injections, or must be given in multiple doses requiring several clinic visits).

Despite the urgency of the need, the action plan has an un-ambitious goal of only one new adapted vaccination technology in use by 2020, even though several new technologies to deliver vaccines – for example, in a needle-free way (through a mask or with air pressure) – are on the cusp of receiving WHO quality approval.

“Even for an organisation with the logistical clout as MSF, vaccinating children in hard-to-reach places, with vaccines that need to be kept cold is a serious challenge and it means children are falling through the net,” says Kate Elder, Vaccines Policy Advisor for MSF’s Access Campaign.

“We need more products that make vaccinating children easier. We need a clear signal that this is a critical objective for the next ten years.”