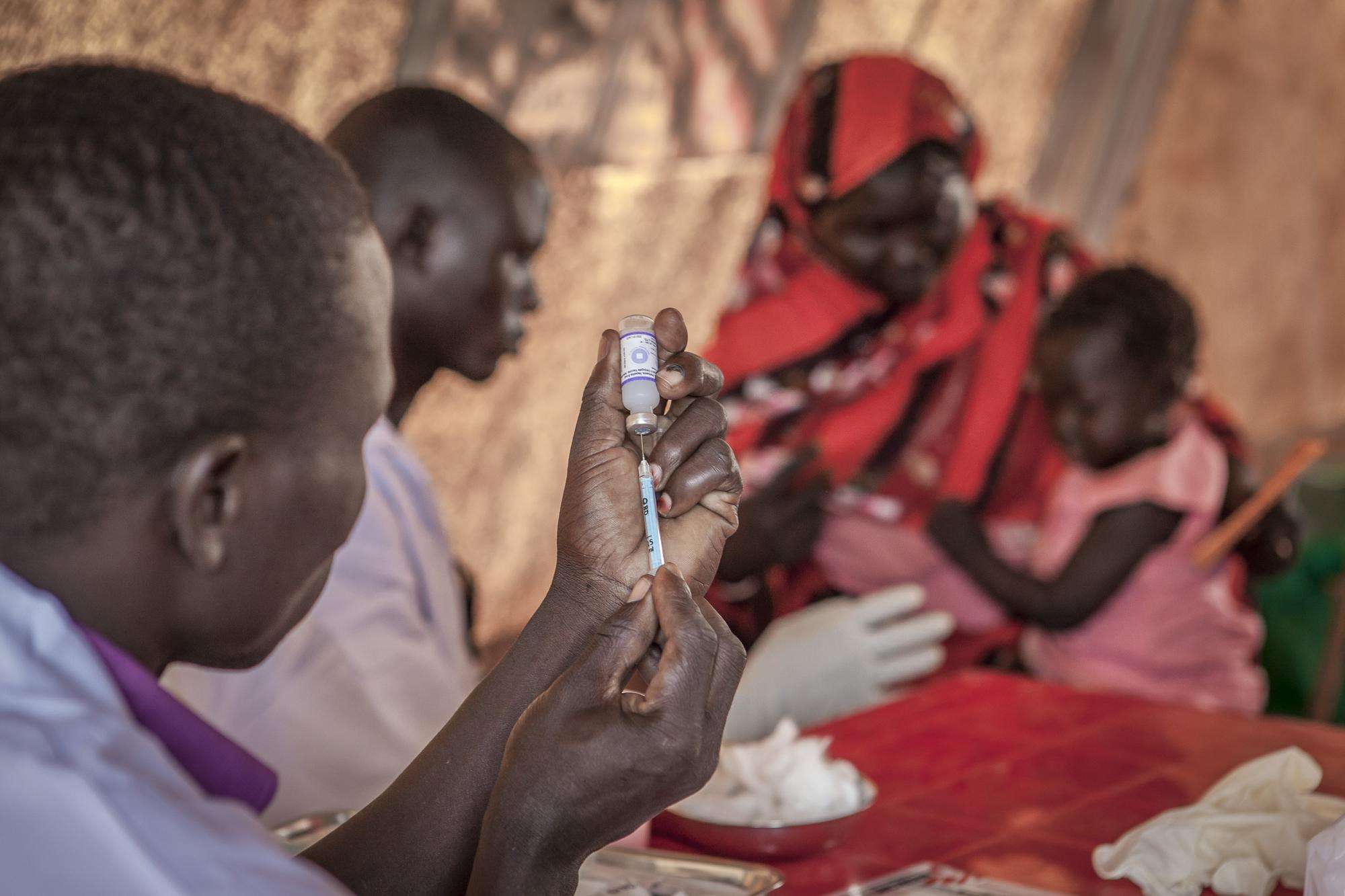 Vaccines: Global community turns its back on getting new vaccines to refugee children

PRESS RELEASE: As MSF starts vaccinating against pneumonia in a South Sudanese refugee camp, it warned that the global vaccination community is neglecting the roll out of new vaccines among crisis-affected children.

As Médecins Sans Frontières/Doctors Without Borders (MSF) starts vaccinating against pneumonia in Yida refugee camp, South Sudan, the international medical humanitarian organisation warned that the global vaccination community is neglecting the roll out of new vaccines among crisis-affected children.

While planning to immunise children against pneumococcal diseases in Yida camp, MSF faced multiple barriers trying to purchase newer vaccines at an affordable price and was left struggling to navigate bureaucratic policies that exclude the needs of conflict-affected populations.

“Refugee children are incredibly vulnerable to developing vaccine-preventable diseases, so why do we keep hearing the players in the global vaccination community tell us these kids aren’t their problem,” said Kate Elder, Vaccines Policy Advisor at MSF’s Access Campaign.

“We should be making every effort for refugee children to benefit from the newest vaccines, instead of letting them languish in the global community’s blind spot.”

Newer vaccines have primarily been introduced in poor countries with support from the Global Alliance for Vaccines and Immunization (GAVI Alliance), but GAVI does not cover vaccination in refugee and crisis-affected populations, leaving major unmet needs.

Moreover, discounted prices that GAVI is able to negotiate are not systematically available to humanitarian actors working in crisis contexts. Despite requests to the actors involved, including pharmaceutical companies Pfizer and GlaxoSmithKline (GSK) that produce these new vaccines, and GAVI, a low global price for humanitarian organisations such as MSF has not been established.

Sudanese refugees began streaming across the border into South Sudan in June 2011 when conflict erupted between the Khartoum government and the rebels of the Sudan People’s Liberation Movement-North (SPLM-N) in Sudan’s South Kordofan State.

At the height of the crisis in Yida camp last summer, high mortality rates were reported among young children admitted in MSF’s hospital with respiratory tract infections, such as pneumonia, one of the leading causes of death.

Refugee camp conditions make children particularly vulnerable to pneumococcus, the most common bacteria causing pneumonia, as crowding and exposure to multiple different strains of the bacteria lead to increased risk.

“The situation in Yida last year was excruciating, with children dying of diseases that vaccines could have protected them against,” said Audrey Landmann, MSF project coordinator in Yida at the time.

MSF determined that vaccinating with the pneumococcal conjugate vaccine (PCV) could result in a substantial mortality reduction in Yida. This is one of the first times that PCV is being used in a refugee camp, and the first time in South Sudan.

MSF has been working since September 2012 to procure PCV for use in Yida camp but has faced significant delays because of lengthy negotiations and international legal procurement constraints.

The companies making the vaccines made an ad hoc donation offer, but MSF tries to avoid donations because it seeks a sustainable solution to this problem so it can act swiftly in similar contexts.

MSF was eventually able to obtain the vaccine from GSK at a reduced price, but delays have now pushed the planned vaccination into the logistically-challenging rainy season.

“We’ve been trying for more than four years to find a solution for regular and affordable access to newer vaccines so we can act fast when we need to, but we still have no solution for refugees,” said Dr. Greg Elder, Deputy Director of Operations for MSF in Paris.

“We need pharmaceutical companies and GAVI to offer humanitarian organisations the lowest global price for newer vaccines. We can help to save young lives in crisis, just let us do it.”

Present in Yida since October 2011, MSF currently runs one primary health care centre (average 10,000 consultations per month), a 60-bed hospital, a malnutrition treatment unit, and has mobile medical teams that move throughout the camp. MSF is also involved in water supply and latrine construction. From May 2012 to May 2013, MSF treated nearly 3,000 severely malnourished children in Yida.

MSF has been working in the region that today constitutes the Republic of South Sudan since 1983. MSF is working in six out of South Sudan's ten states, responding to emergencies such as large-scale displacements of people, influxes of refugees, malnutrition crises and outbreaks of malaria and kala azar, in addition to providing basic and specialized health care services.