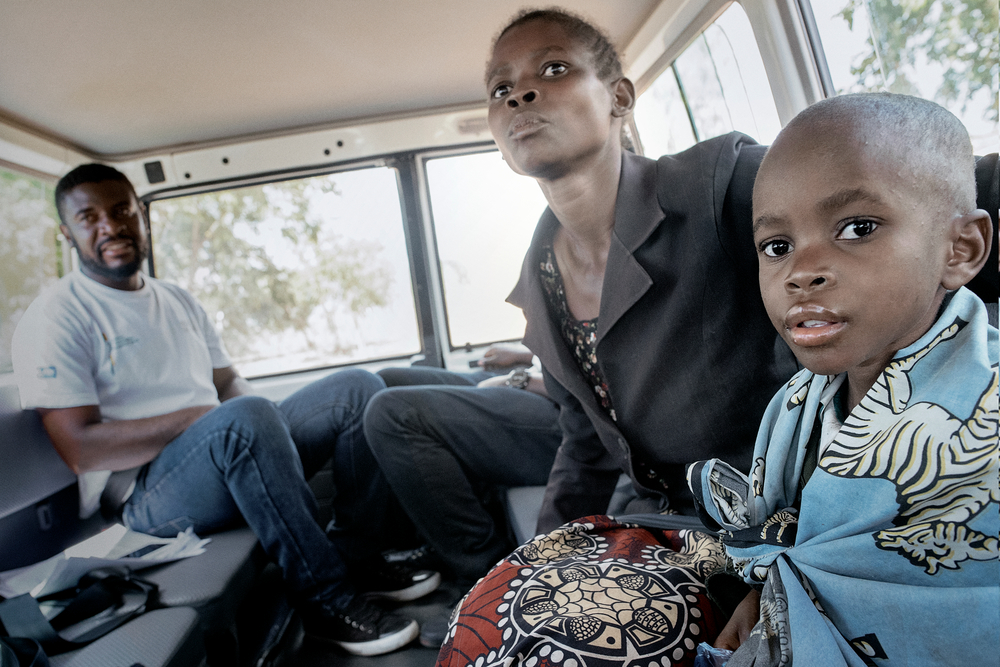 ViiV needs to recognise its responsibility toward children with HIV

As the annual global HIV/AIDS conference gets underway in Amsterdam, the international medical humanitarian organization Médecins Sans Frontières (MSF) called out ViiV Healthcare—a division of US and UK pharmaceutical corporations Pfizer and GlaxoSmithKline plus Japan’s Shionogi—for preventing children with HIV from getting child-appropriate formulations of a critical HIV medicine, dolutegravir.

Amsterdam/Geneva, 23 July 2018—As the annual global HIV/AIDS conference gets underway in Amsterdam, the international medical humanitarian organization Médecins Sans Frontières (MSF) called out ViiV Healthcare—a division of US and UK pharmaceutical corporations Pfizer and GlaxoSmithKline plus Japan’s Shionogi—for preventing children with HIV from getting child-appropriate formulations of a critical HIV medicine, dolutegravir.

The World Health Organization (WHO) now recommends dolutegravir as a preferred treatment option for adults and for children from four weeks to ten years of age, to replace pediatric treatments containing sub-optimal drugs with more side effects. Children need access to the best and most robust medicines possible when starting treatment —which are least likely to result in resistance—given they will likely take HIV medicines for life.

“The nearly two million babies and kids around the world who live with HIV shouldn’t have to settle for inferior treatment when something better exists,” said Dr. David Maman, Medical Coordinator for MSF in Malawi. “It’s outrageous that ViiV is dragging its feet when it comes to getting better treatment to children with HIV.”

Almost 18 months after pediatric formulations of dolutegravir were approved for use by the European Medicines Agency—and despite ViiV pledging in November of last year that it would expedite availability of pediatric dolutegravir formulations where these are most critically needed; and despite repeated appeals from MSF and others—the corporation has started the registration process in only three sub-Saharan African countries.*  This leaves the majority of children in developing countries without this improved treatment option. Whereas needed HIV medicines are routinely imported via import waivers in situations where those drugs are not yet registered, ViiV claims it is against their policy to do this. This is unconscionable, especially if governments are prepared to issue such waivers to provide kids with this improved treatment option.

ViiV also must urgently finish the development of a new dispersible version of the drug for babies and the youngest children with HIV, which is not available anywhere, and complete dosing studies in children that are needed to further optimize and simplify treatment for kids. They must also honour their commitment to supply their pediatric formulations as needed while generic versions are being developed, including through their recently announced collaboration with Unitaid and the Clinton Health Access Initiative, as this will take several years at any rate.

“ViiV needs to recognize its responsibility as today’s only producer of pediatric versions of the new gold standard in treatment for babies and children with HIV, and move mountains to make sure kids can access this treatment immediately,” said Jessica Burry, HIV pharmacist at MSF’s Access Campaign. “A full four years after ViiV first made dolutegravir available for adults, what we’re seeing is the corporation hiding behind bureaucratic excuses for why they can’t make the drug available to kids who need it. Their excuses are not valid.”

Pricing of the pediatric formulations is also much higher relative to the adult formulations. ViiV sells the adult 50mg dose for approximately $223 per person per year, while for the 25mg and 10mg pediatric formulations, ViiV charges $214 and $115, respectively.**  If a child needs a dose of 35mg, ViiV would charge $329 per year, more than $100 higher than adults pay—and this does not include the two other drugs required to make up the full treatment combination. Furthermore, generic versions of the adult triple-drug cocktail containing dolutegravir are available for $75 per person per year. Yet another example of how children with HIV are consistently left behind.