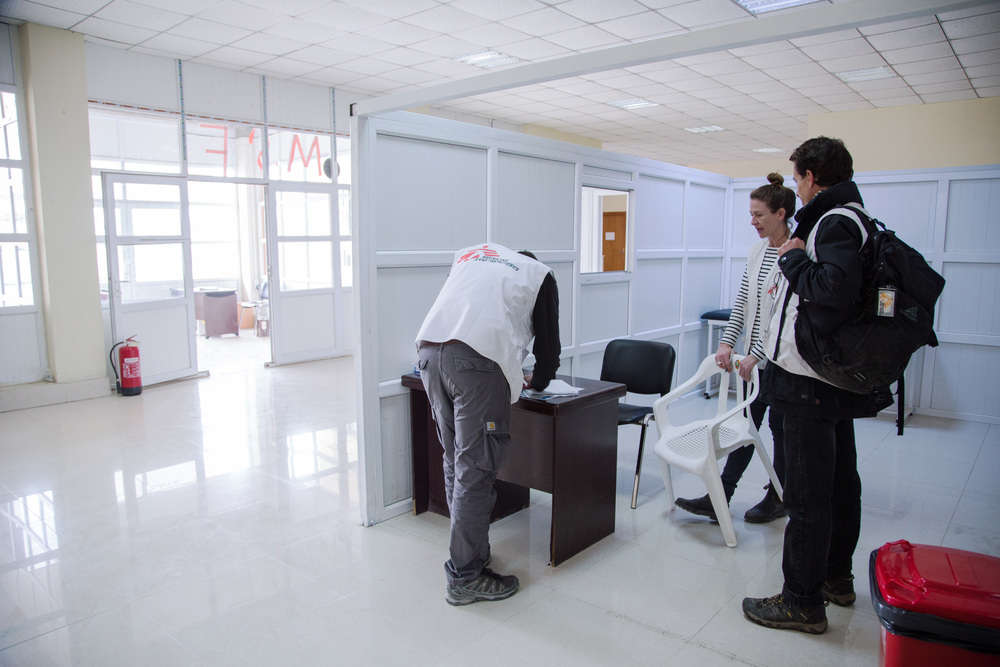 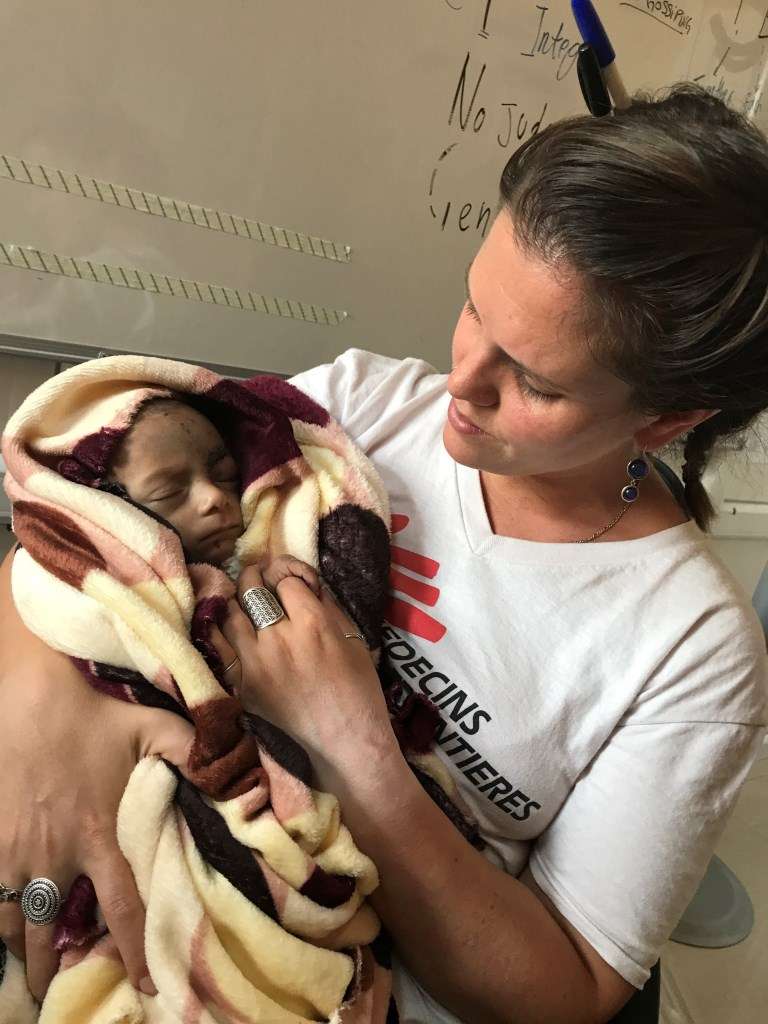 “There must be an emergency,” he says, as we cross the threshold into the hospital.

“There must be an emergency,” he says, as we cross the threshold into the hospital. Five planes, 30 hours of flying between three continents over seven days, 10 hours in various forms of transport and numerous briefings later, I finally arrived in Tal-Maraq hospital.

Briefings come from all sorts – coordinators at various levels, logisticians, administrators, medical overseers, specialists in various forms. This morning, I met with the international team I’ll be working with and the party line seemed pretty solid – “this is a nice project, really relevant, recently expanded and for now, relatively quiet”. This considered, I assume he’s joking, “an emergency” being a euphemism for a tea break (we all know how urgent they can be)!

"Seconds, minutes pass. Sweat pools, staining scrubs the colour of concern. The air is heavy with the pungent stench of stress and vomit. They push on, persevering"

Nevertheless, my hospital tour is expedited to the emergency room where I suddenly become aware of a flurry of green scrubs, that familiar air of controlled chaos that pervades even the most stable of resuscitations, and a human lying on the table, trying their hardest to leave the mortal coil.

There’s someone hammering on the patient’s chest, imploring the heart to take over. Another stands pumping air through a bag into lungs that are resistant as a stubborn child, everyone in the room aware of what happens when the brain is starved of oxygen too long. The transition point between theoretical knowledge and practical application is being painted before my eyes.

Scarce information trickles in – maybe he came in flat, unconscious, with laboured breathing, a history of heart disease. The resuscitation continues, the team working on him like a well-worn machine. Seconds, minutes pass. Sweat pools, staining scrubs the colour of concern. The air is heavy with the pungent stench of stress and vomit. They push on, persevering.

No health professional, with minor exceptions, concedes easily to death, but today is another day. For me, another first day. Another Thursday. And at 14:42, it became another’s last day. His pupils fixed and dilated, heart quiet for the first time in his life and lungs learning terminal resistance, he was probably gone before he hit the bed.

"I can’t understand a word, I don’t even know if she’s wailing in Arabic or Kurdish, but the content is inconsequential. She’s devastated"

Baptism by fire doesn’t cut it, there’s nothing more finite than death. The only thing missing from the patient before me is signs of life. While the energy that made him sentient departs, his wife is left behind in the corridor. She falls to the floor, screaming, frantic, clawing at her face until tiny rivers of blood form tributaries with her tears. I can’t understand a word, I don’t even know if she’s wailing in Arabic or Kurdish, but the content is inconsequential. She’s devastated.

The moment hangs, temporarily suspended within the cloud of adrenaline, heavy in the room, until we all continue about business. We clean the body minimally, aware that death brings with it customs well practiced and honed in the area in recent years. I pay quiet homage to the deceased beside my colleague as she continues to whisper “sorry” and “excuse me” to the man who was, respecting the patient no less now his body lies vacant of life.”

Flash forward through a whirlwind of briefings, handshakes, names, smiles, guidelines and information and my brain is beginning to struggle to keep up. For my final briefing, we enter the adjacent labour ward just as a new human decides to descend upon the earth, born to the cacophonous symphony of a labouring woman, only to join in, melodic with her own cries of life.

I lingered, holding my breath, an impartial bystander watching that circle of life spin on, my own awe at the transience of existence amplifying in magnitude even after all this time. In a lifetime of first times, sitting four hours away from that first patient’s demise, this one has already embedded itself within the haphazard story of my life.  Maybe it’s just my mindset, or a mild haze of jet lag, but it feels like the dying sunflowers behind me are bowing their heads in universal reverence. Welcome to Iraq!