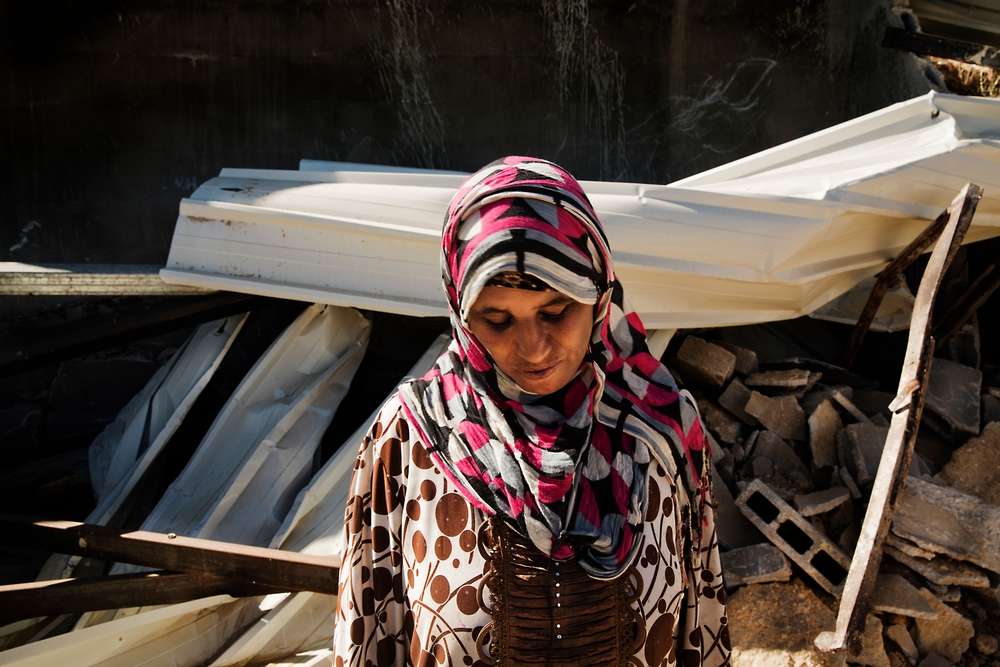 PRESS RELEASE: As the Israeli offensive continues in Gaza, clashes in the West Bank, on top of several weeks of raids and arrests by Israeli forces, are taking a heavy toll on the already fragile psychological wellbeing of Palestinians.

As the Israeli offensive continues in Gaza, clashes in the West Bank, on top of several weeks of raids and arrests by Israeli forces, are taking a heavy toll on the already fragile psychological wellbeing of Palestinians, the international medical organisation Médecins Sans Frontières/Doctors Without Borders (MSF) warned today.

The crackdown by Israeli forces after the kidnapping of three teenage settlers in June has seen hundreds of violent incursions and arrests all over the West Bank.

In recent weeks, violence by Israeli forces against demonstrators has resulted in a number of deaths and injuries, as well as bringing about a further deterioration in people’s mental health.

Israeli forces demolished several houses in an area to the south of Hebron saying the inhabitants had no right to build there. They had been living there for several years but the demolition order came in the backdrop of the crackdown following the kidnapping of three teen settlers in Hebron.

Between mid-June and mid-July, MSF mental health teams provided psychological support to 1,146 people in Hebron and the surrounding areas.

Anxiety, post-traumatic stress disorder, psychosomatic problems and feelings of harassment are the most common problems experienced by patients.

"There have been violent incursions, which have included house-to-house raids, beatings and violent arrests," says Srijeeta Verma, MSF’s project coordinator in Hebron. "This escalation of violence has had a huge impact on the Palestinians."

MSF launched an emergency response on 18th June to reach as many affected people as possible through its Hebron-based mental health programme.

The long-term occupation and the chronic violence suffered by Palestinians in the West Bank means that their needs for mental healthcare were already far from being met.

The recent wave of raids, arrests and injuries received during demonstrations are magnifying these needs.

Anna Surinyach/MSF
Hebron city. From mid-June to mid-July, clashes, raids and arrests carried out by Israeli forces have been continuous in the West Bank.

Many of MSF’s patients in Hebron are children, in a state of shock after witnessing scenes of violence, or suffering sleeping problems caused by fear of their homes being raided at night.

"They are witnessing the violence taking place in front of their eyes,” says Srijeeta Verma. ”They are seeing their parents arrested or witnessing house demolitions."

"We were told to evacuate our house, and then military jeeps came with bulldozers and they demolished it,” says Zeinab Saeed Daher, an MSF patient from Khalet al Furn, located between the areas controlled by Israel and the Palestinian Authority.

“This happened right after the kidnapping of the settlers. We have been living here for ten years – why didn't they demolish it before?"

"The soldiers are shooting at the houses, not towards the people throwing the stones," says Nasser Muhammad Mahmud, an MSF patient from Al Aroub refugee camp.

"We had bullets in our house, and they threw gas and sound bombs and broke our windows and doors. My pregnant wife and my children had to leave."

Because of the protracted situation of violence in the West Bank, people’s psychological wounds are not healing.

"In one of the first places we went in mid-June, the MSF car was surrounded by people who needed psychological support," says Srijeeta Verma. "They have feeling of hopelessness and helplessness, and they simply don't know what to do.”

Anna Surinyach/MSF
"We got bullets in the house. My pregnant wife and my kids had to leave," says Muhammad Nasser, an MSF patient in Al Aroub, a refugee camp in the outskirts of Hebron.

MSF in the Occupied Palestinian Territories

MSF has been working in the Occupied Palestinian Territories since 1989, providing free medical and mental healthcare in several locations in the West Bank and Gaza and responding to a number of emergencies.

Since 2001, MSF has been running a psychological support programme, with medical and social components, in Hebron governorate. MSF remains committed to assisting victims of violence in the West Bank.

In response to the current emergency in Gaza, MSF is supporting Al Shifa hospital with a full surgical team and emergency medical equipment.

MSF has made donations from its emergency stocks to the central pharmacy for the north and south of the Gaza Strip.

MSF’s post-operative clinic in Gaza is running at only 10 to 30 percent of its capacity due to the intensity of the bombing, which is preventing patients from reaching the clinic. MSF’s regular activities in Nasser hospital, Khan Younis, have been interrupted by the conflict.

MSF has been working in Gaza for more than 10 years, providing medical, surgical and psychological care; its teams also responded to the emergencies in 2009 and 2012.