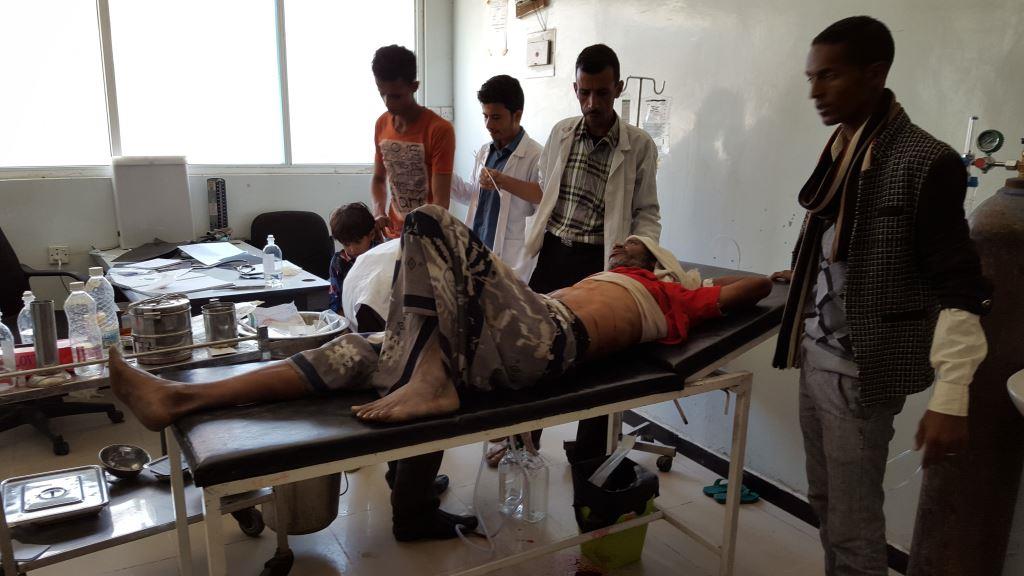 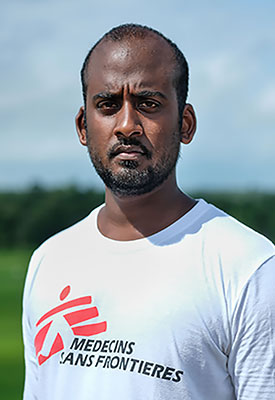 Yemen: “On an average day in Taiz, we hear around five explosions per minute”

In my first week, I really realise how desperate the situation is and how many challenges the population face on a daily basis.

“I’ve just arrived in Taiz, Yemen, where we support multiple hospitals on both sides of the frontlines. Although I read in the media before coming here how dire the humanitarian situation is, in my first week I really realise how desperate the situation is and how many challenges the population face on a daily basis.”

On 24 January 2018, the day of my arrival in Taiz, violence escalated along all the frontlines around Taiz city. The last few days have been extremely heavy. Sadly, this is the daily life of people here.

Over the last three days, we have treated more than 117 war wounded and the number continues to grow as we speak.

As the conflict intensified, the emergency rooms and the operating theatres were over-flowing with wounded people. They received approximately 70 patients on one day. We treated people with bullet, shrapnel and landmine wounds – it was an extremely shocking scene to arrive at.

The hospital staff have been working continuously these past few days, some with very little sleep, while they attempt to stabilise the wounded. Some made it and some didn’t; the scenes of despair were difficult to observe. The requests coming from the hospital for blood donations and body bags make me aware of the harsh reality the people of Taiz have lived in for years.

A mother of five told us that her youngest son, aged 16, was wounded by shrapnel while playing football. She had to sell her jewellery to pay for the transport, jewellery she was saving for the future of her children, rather than to save her children. Her son eventually made his way to our facility and is in a stable condition.

There has been constant fighting in Yemen since the escalation of the conflict in 2015. Unfortunately, the situation has not much improved since the first bullets were fired three years ago. People in the city are cautious about leaving their houses, but our staff are committed to treating the wounded, and arrive at the office with resolve. I’m proud to be associated with them.

I hear the continuous sounds of gunfire and shelling from the frontlines, which are very close to our medical facilities. That places extra pressure on the staff, both mentally and physically. On an average day this week, we hear around five explosions per minute.

Hakim, one our staff members, told his children to stay inside and not leave the house. But his daughter asked him:

“Then where do you go every day?”

It’s stories like this that give you a glimpse of the daily challenges and the urgency of this situation.

I am worried about the increased medical needs and the security of all medical staff and facilities. MSF continuously calls on all parties to respect the work we do by keeping medical facilities safe and granting access to all those who need medical care. In addition, the impartial and neutral mandate of MSF and that our medical services are open to all wounded regardless of their affiliation.

At the same time, I hope that other humanitarian actors acknowledge the needs – in Taiz specifically and Yemen in general – and start increasing humanitarian aid in these areas. At present, Taiz is one of the most intense conflict zones in the country and the humanitarian needs are extremely high.

MSF remains one of the few medical organisations in the Taiz. For MSF, the conflict and the great humanitarian medical needs are the main reasons for being present in the country. MSF remains committed to working in Yemen and supporting the population in need.

MSF has been working in Taiz on both sides of the frontlines for two years. The current fighting made us realise, once again, how important it is to be present in this specific location.