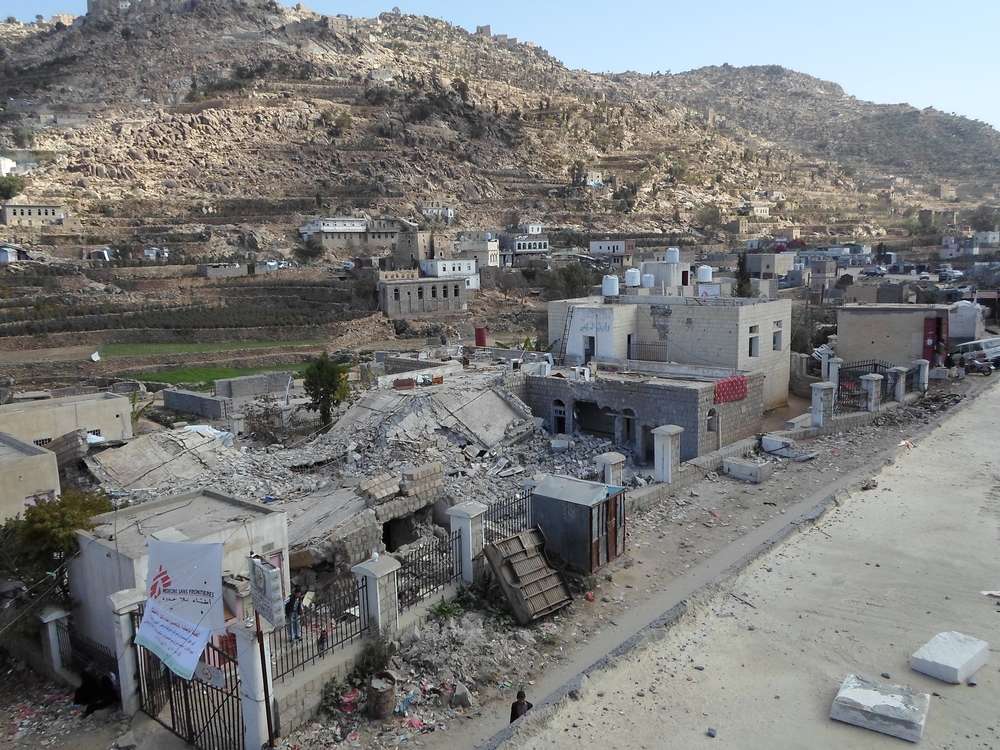 The war in Yemen is being fought with total disregard for the rules of war, according to MSF, which has seen three of its health facilities in Yemen come under attack in the last three months.

The war in Yemen is being fought with total disregard for the rules of war, according to the international medical humanitarian organisation Médecins Sans Frontières/Doctors Without Borders (MSF), which has seen three of its health facilities in Yemen come under attack in the last three months.

“The way war is being waged in Yemen is causing enormous suffering and shows that the warring parties do not recognise or respect the protected status of hospitals and medical facilities,” says Raquel Ayora, MSF Director of Operations.

“We witness the devastating consequences of this on people trapped in conflict zones on a daily basis.”

Since the war began in March 2015, public places are being bombed and shelled on a massive scale.

“Nothing has been spared – not even hospitals, even though medical facilities are explicitly protected by international humanitarian law,” says Ayora.

MSF medical activities in Yemen have come under attack four times in less than three months, each incident more serious than the last.

The first took place on 26 October, when fighter jets from the Saudi-led coalition repeatedly bombed a hospital in Haydan district, Saada Province.

An MSF mobile clinic was then hit by an airstrike on 2 December in Taiz’s Al Houban district, wounding eight people including two MSF staff and killing one person nearby.

On 10 January the MSF-supported Shiara hospital came under attack in an incident that killed six people and injured at least seven, most of them medical staff and patients.

On 21 January, an MSF ambulance was hit and its driver killed in a series of airstrikes that wounded dozens and killed at least six in Saada Governorate.

MSF has yet to receive any official explanation for any of these incidents.

Blood stains near the gates of the MSF-supported Shiara hospital in Razeh, Yemen, struck on 10 January.

“Increasingly, we are seeing attacks on medical facilities being minimised, being labelled ‘mistakes’ or ‘errors’,” says Ayora.

“Just last week the UK Foreign Secretary claimed that there have been no deliberate breaches of international humanitarian law in Yemen by the Kingdom of Saudi Arabia.

“This implies that mistakenly bombing a protected hospital would be tolerable. This logic is offensive and irresponsible.”

MSF has decided to request that the International Humanitarian Fact-Finding Commission (IHFFC) conduct an independent investigation into the Shiara Hospital attack.

MSF first turned to the commission after the bombing of its trauma hospital in Kunduz by the US army in Afghanistan.

MSF is still waiting for an official response from the US Government about whether it will consent to the investigation.

The IHFFC is the only permanent international fact-finding body with a specific mandate to investigate potential violations of international humanitarian law under the Geneva Conventions.

Given the increasing awareness of and political momentum around the importance of protecting medical facilities, the time has come to make effective decisions and go beyond statements of outrage and condemnation.

“Four of our medical facilities have been attacked in four months in Yemen and Afghanistan,” says Joanne Liu, International President of MSF.

“Is this the new normal: an MSF hospital bombed every month? How many other hospitals are being attacked in Yemen and other conflict zones, run by medical staff who do not have the platform that MSF does to speak out?

“We refuse to accept that this trend continues with a total lack of accountability. We urgently need guarantees from warring parties that functioning hospitals are never a legitimate target.”

In Yemen, MSF is working in Aden, Al-Dhale’, Taiz, Saada, Amran, Hajjah, Ibb and Sana’a governorates. Since the start of the current crisis in March 2015, MSF teams have treated more than 20,000 war-wounded patients.

More than 790 tons of medical supplies have been sent by MSF so far. MSF is managing 11 hospitals and health centres and supports 18 health centres. With the healthcare system barely functioning, MSF is also providing non-emergency health services.