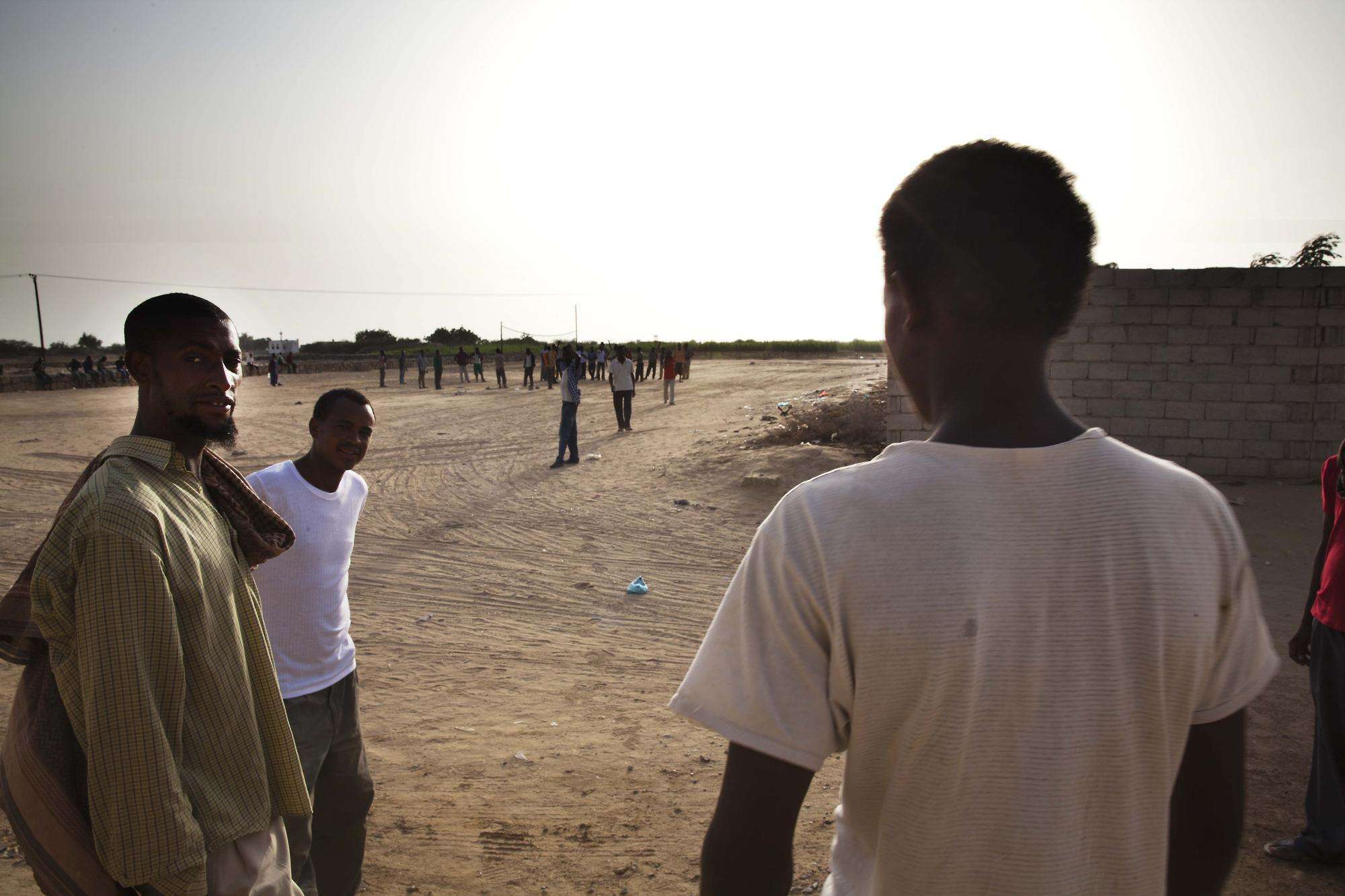 PRESS RELEASE: MSF is helping migrants who have been released from human traffickers. Since April 7th 2013, 1,620 migrants have been freed by Yemeni authorities.

Since April 7th, Yemeni authorities have released 1,620 migrants who were held by smugglers in farms – some of them for months – in Haradh region, in the north of the country.

Médecins Sans Frontières/Doctors Without Borders (MSF) is assisting these migrants, including 62 children and 142 women, and referred 71 severely ill people to the MSF-run hospital in Al-Mazraq village, close to Haradh town.

Most of the migrants referred to the Al-Mazraq hospital were victims of human trafficking, forced labour and slavery. They showed signs of torture and verbal, physical and sexual abuse from their captors.

Some of them have had their nails pulled off or their tongues partially cut off, others have been severely beaten. MSF staff have also treated people who suffer from life-threatening diseases like pneumonia, complicated malaria or dengue fever.

MSF has provided mental health assistance to the migrants after their release and transferred them to a compound on the outskirts of Haradh town.

“Many of them are physically and mentally exhausted and suffer from severe mental trauma due to the horrific conditions and treatment they experienced during their detention,” says Angels Mairal, an MSF psychologist working in Haradh. Most of the migrants who have received psychological support by MSF said they were victims of torture.

The migrants’ medical and humanitarian needs were extensive as some of them had not eaten for up to seven days before their release by Yemeni authorities. MSF provided some supplementary food rations and also intervened to improve the sanitary conditions in both Haradh and Amran transit locations.

From Haradh, 800 Ethiopian refugees have been transferred to migrant centres in Sana’a, where they await repatriation; 550 Somalis were transferred to Kharaz refugee camp, in Lahj governorate. MSF is extremely concerned as those centres do not have the means, capacity and services to adequately assist this population.

Yemen is located along one of the main routes for people leaving the Horn of Africa to get to Arab Gulf States. Many of the migrants from Ethiopia are fleeing extreme poverty and unemployment and trying to enter Saudi Arabia through Haradh.

Often they end up in the hands of smugglers who try to extort money using torture and psychological abuse.

“We are facing an emergency on top of this chronic situation and we are extremely worried about the future of thousands of migrants who are stranded in Yemen generally and Haradh in particular with very limited assistance,” says Tarek Daher, MSF’s head of mission in Yemen.

“They are exhausted after so many attempts to cross the border and with no resources; the majority of them become beggars in the street of Haradh. They try to survive, and live without any decent shelter, sanitation or regular meals.”

MSF acknowledges the efforts the Yemeni government has made to free, host and protect the newly liberated migrants in Haradh and emphasizes that this support must continue. The organisation urges the international community to help restore the dignity of these migrants by supporting institutions working with them.

MSF, together with authorities and some non-governmental organisations, is scaling up its intervention in order to improve the living conditions of the migrants stranded in Haradh and to improve access to healthcare for those who are released or in transit waiting for repatriation.

MSF has been working in Hajjah governorate, in the north of Yemen, since 2009. The organisation manages the hospital near Al Mazraq, which provides local and displaced people with basic and specialist healthcare, surgery, and emergency services.