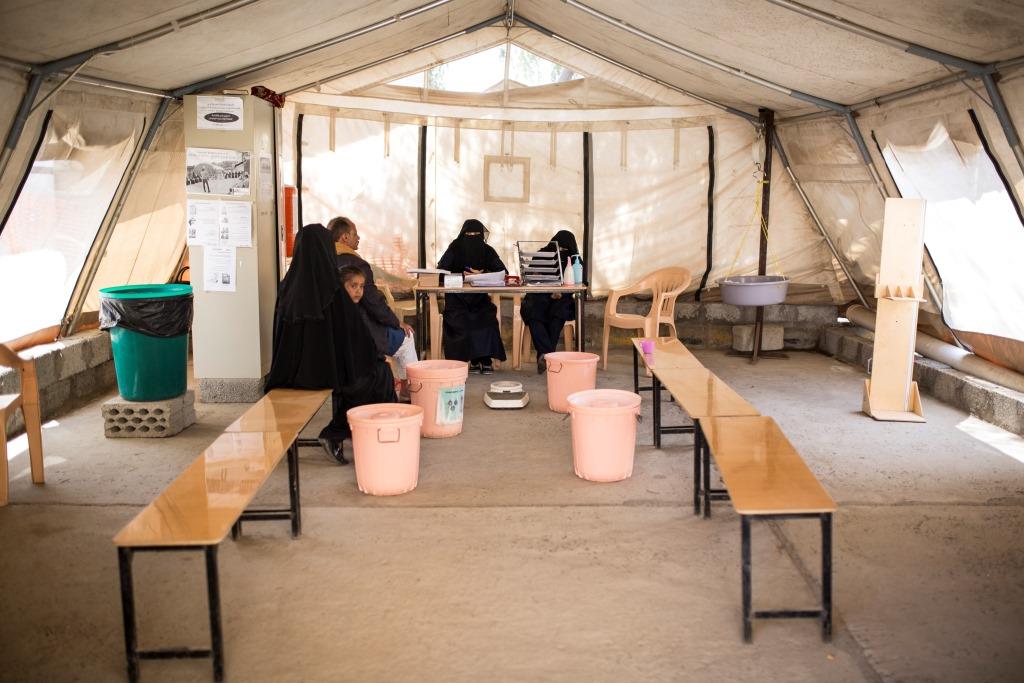 The number of cholera cases reported in MSF treatment centres has significantly decreased since the peak of the outbreak, according to MSF.

30 October 2017 - The number of cholera cases reported in MSF treatment centres has significantly decreased since the peak of the outbreak, according to Doctors Without Borders/Médecins Sans Frontières (MSF). As a result, the medical organisation is closing the majority of its cholera treatment centres or reducing their capacity.

The weekly number of admissions in MSF cholera treatment centres in Yemen shrank from 11,139 in the third week of June – at the peak of the outbreak – to 567 in the second week of October.

Only nine per cent of patients admitted by MSF last week needed to be hospitalised and a limited number of patients have symptoms that correspond with the cholera case definition (acute watery diarrhoea with or without vomiting).

The remaining cases are believed to be due to other pathogens. As a result, some MSF centres have closed or are in the process of closing.

“In some locations, such as Khamir, where cultures were performed in a laboratory, no positive cases have been confirmed since the beginning of September,”

“The cholera outbreak is not over but it is no longer our medical priority in Yemen. However, this should not eclipse the dire health situation of millions of Yemenis who are unable to access basic primary healthcare.”

Since the beginning of the outbreak, MSF has admitted more than 103,000 patients to 37 cholera treatment centres and oral rehydration points. At the peak of the outbreak, MSF was employing or distributing financial compensations to 685 additional health workers to treat cholera patients.

“It is now essential to implement a proper monitoring system with an acute surveillance of the trend of cholera cases and an increased capacity for confirming them. Without appropriate and timely efforts from humanitarian actors, a resurgence of the cholera outbreak could occur,”

Thirty months of war, high prices of consumer goods, and unemployment have had dramatic consequences for the population. Many patients only reach medical facilities when their health conditions are critical because they can’t afford to pay for transport. Women often deliver babies at home, particularly in remote areas, and only seek support in case of complications.  In addition, the number of severely malnourished children is high.

The non-payment of public health workers’ salaries over the past 13 months has deeply affected the health system, forcing many doctors, nurses and other health professionals to seek alternative sources of income. Preventable illnesses and deaths are increasing in Yemen, and this can be partly attributed to the salary crisis.

Yemen is one of MSF’s largest country programmes worldwide. The organisation employs almost 1,600 Yemeni staff and gives financial support to 1,160 Ministry of Health staff, as well as casual daily workers.