Yemen: MSF treats hundreds of wounded after attacks in markets and residential areas

Almost 300 wounded people have been treated by MSF teams across Yemen in the past few days due to airstrikes and ground shelling.

Almost 300 wounded people have been treated by Médecins Sans Frontières/Doctors Without Borders (MSF) teams across Yemen in the past few days due to airstrikes and ground shelling.

Another MSF team treated over 67 injured people in Beni Hassan, northwestern Yemen, following a series of airstrikes targeting a busy marketplace that came after people broke the Ramadan fast on the evening of Saturday 4 July.

An estimated 20 people were killed in the attack on the market in Harad district, and the MSF team recovered nine dead bodies among the debris the following day.

The attack at Ahem market started at around 20:30 local time, when a cooking-gas station was hit. Half an hour later, a second attack struck the heart of the crowded market, hitting two restaurants and a hotel.

MSF’s team was called to Beni Hassan an hour later, when private cars and public transport vehicles were already taking dozens of injured people to the health centre. 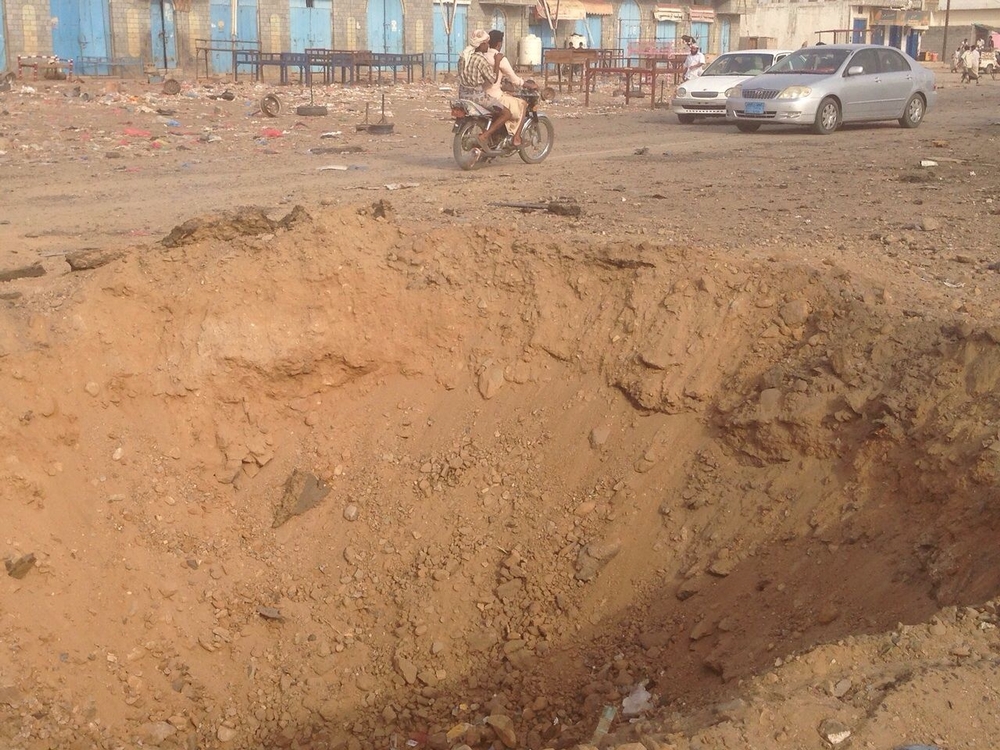 MSF
A crater caused by an explosion in Ahem Market, Yemen.

The team stabilised the wounded patients and referred three of them to the main hospitals in the region, Al-Jumhuri (Hajjah city), Al- Olafi and Al-Thawara (Hodeida city).

MSF donated 100 war-wounded kits to Al-Jumhuri hospital, which received a total of 40 referrals, and also provided fuel and ambulances.

Medical teams were quickly overwhelmed by the number of wounded people and the severity of their injuries.

“It has been terrible. We could never have imagined that we could receive so many severely injured people at one time in a small health centre like Beni Hassan,” said one member of MSF’s team, Dr Ammar.

“The whole team is shocked by what they have seen, especially since it happened to people enjoying an evening in Ramadan.”

Colette Gadenne, head of mission for MSF in Yemen, said: “It is unacceptable that airstrikes take place in highly concentrated civilian areas where people are gathering and going about their daily lives, especially at a time such as Ramadan.”

Since the onset of the conflict in Yemen there have been several attacks with mass civilian casualties, many of which have injured internally displaced people who are already extremely vulnerable and living in precarious conditions.

In the city of Aden more than 80 injured people, including women and children, were treated by MSF staff on 1 July as a result of heavy shelling on a residential area in Al-Mansoora district.

In the last four months, more than 2,800 injured - including women and children - have been treated at the MSF's Emergency Surgical Hospital. 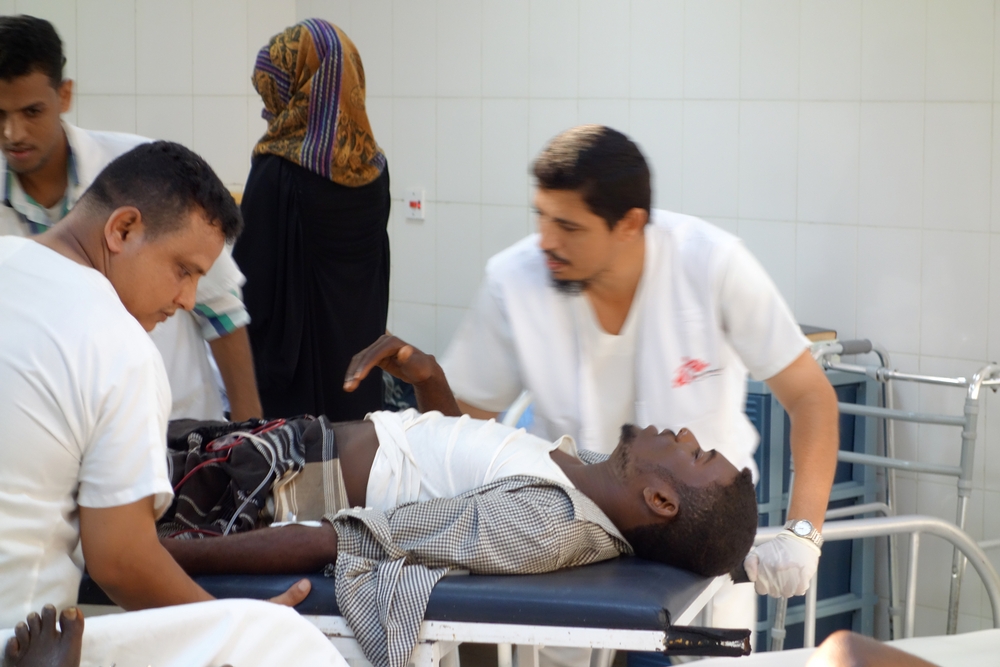 Benoit Finck/MSF
Male ward in Aden hospital in May.

Violence also hit Taiz governorate, in southwestern Yemen, where random shelling on the ground has caused injuries and death to several people including women and children.

Between 2 and 5 July, the MSF-supported Al-Rawdah hospital received 93 injured and 16 dead persons as a result of several residential areas being shelled. On Saturday alone, the hospital received 18 injured people, including a one-year-old baby.

In Taiz, MSF supports hospitals treating wounded patients on both warring sides with donations of dressing and surgical kits.

Since March 2015, Al-Rawdah Hospital has received a total of 2,193 wounded people, including women and children, and 298 dead victims of violence.

The humanitarian situation continues to deteriorate to unacceptable levels with families trapped behind the frontlines and unable to obtain food commodities, fuel or cooking gas.

Besides attacks in highly civilian populated areas, medical infrastructures and staff have been intensely targeted, which has severely affected the capacity of the country’s healthcare structure to respond to in such a violent context.

The hospital of Harad, one of the few fully operational hospitals in the area of Hajjah, was shelled in mid-June and has now been rendered non-operational. Before the Ahem marketplace attack last weekend, an MSF team visiting the site of the bombed hospital in Harad also found itself under fire and had to flee.