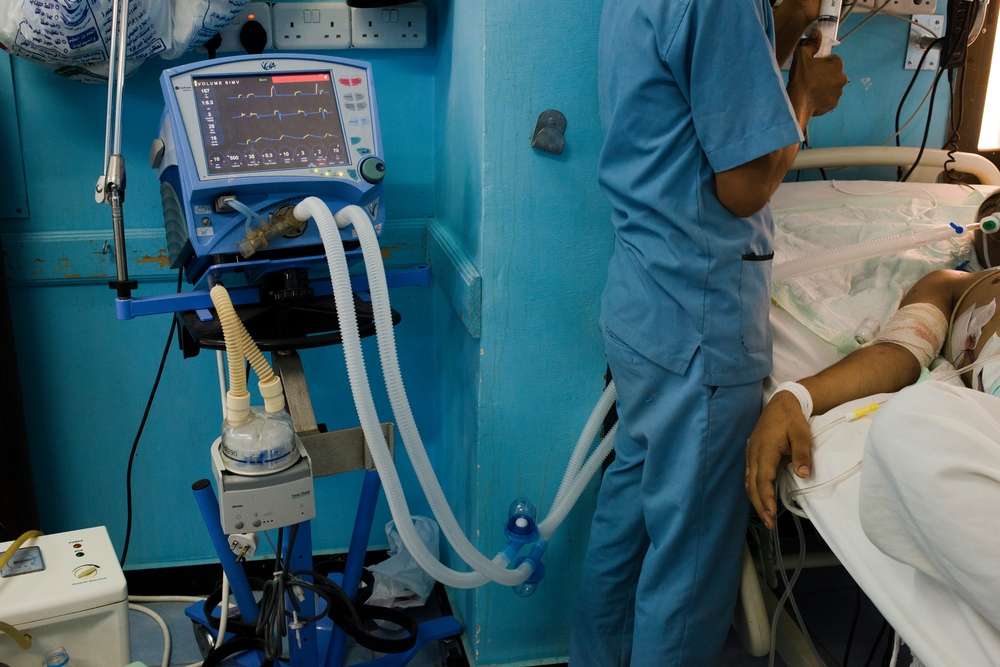 An airstrike carried out by the Saudi-led coalition has hit a clinic in southern Yemen run by international medical organisation Médecins Sans Frontières/Doctors Without Borders (MSF), wounding nine people, including two MSF staff.

According to local sources, at 11.20 on 2 December, three airstrikes targeted a park in Taiz city’s Al Houban district, two km from MSF’s clinic.

The MSF team immediately evacuated the clinic and informed the Saudi-led coalition that their jet planes were mounting an attack nearby. The clinic itself came under attack. The wounded, two of them with critical injuries, were transferred to Al Qaidah and Al Resalah hospitals. MSF supports both hospitals in treating war-wounded patients.

“I was in MSF’s mother and child hospital in Taiz, just one km away from Al Houban clinic, when we heard the airstrikes,” says Nora Echaibi, MSF’s medical team leader in Taiz.

“Everyone was scared. We evacuated the teams as soon as possible.”

MSF’s team in Taiz is currently supporting Yemeni medical staff in providing emergency treatment to people wounded in the airstrikes.

At MSF’s tented clinic in Al Houban, staff provided urgent medical care to people displaced from their homes by the recent conflict.

The Saudi-led coalition had been informed about the precise location and the activities carried out by MSF in Al Houban.

“The health structures GPS coordinates were regularly shared with the Saudi-led coalition, most recently on 29 November, when we informed them about this specific activity in Al Houban,” says Jerome Alin, MSF’s head of mission in Yemen.

“There is no way that the Saudi-led coalition could have been unaware of the presence of MSF activities in this location.”

MSF has been providing those hospitals in Taiz that are still functioning with emergency medications, surgical supplies and practical support since May 2015.

“The bombing of civilians and hospitals is a violation of international humanitarian law,” says Alin.

A map of MSF's activities in Yemen

MSF teams are working in eight Yemeni governorates. Since the start of the current crisis in March 2015, MSF teams have treated more than 16,000 war-wounded patients.

MSF provides impartial and free of charge health services to those in need in more than 70 countries around the world.