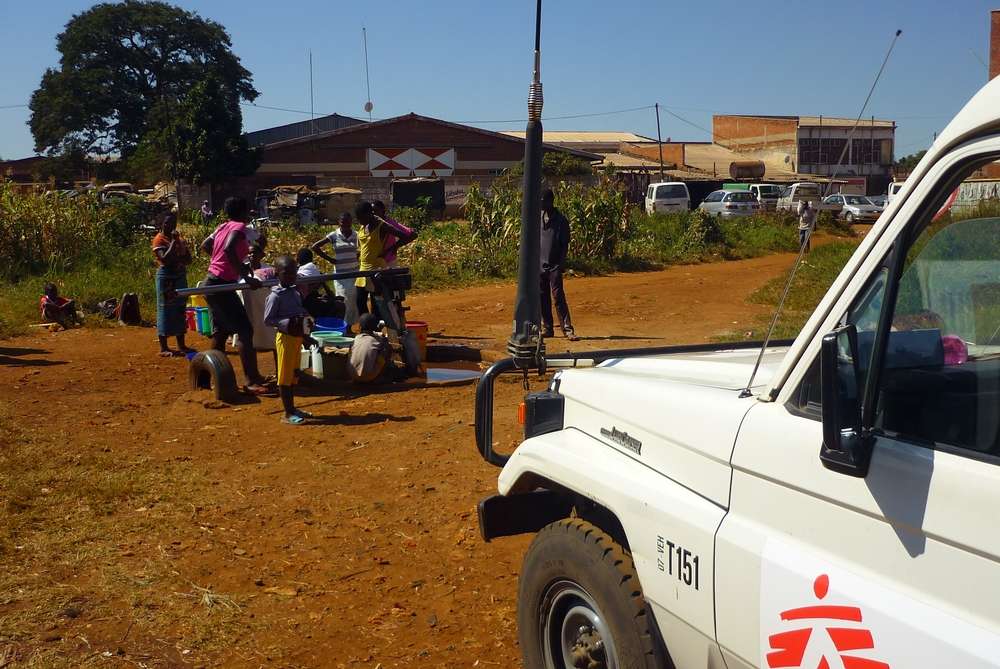 Zimbabwe: Spike in typhoid in Harare

PRESS RELEASE: Since the end of last year, the city of Harare and surrounding areas are yet again faced with a spike of typhoid and diarrhoea.

Since the end of last year, the city of Harare and surrounding areas are yet again faced with a spike of typhoid and diarrhoea. The official cumulative figures for typhoid since October 2011 are 6,843 suspected and 142 confirmed patients with typhoid and seven deaths.

In this latest period of an outbreak that first started in October 2011, health authorities recorded over 3,525 patients with suspected typhoid fever and five deaths since November 2012 – in the city of Harare alone.

Children playing near an open sewer in the Mbare district of Zimbabwe's capital, Harare.
© Tsvangirayi Mukwazhi

Médecins Sans Frontières/Doctors Without Borders (MSF) supported the emergency response during the first spike of the outbreak from October 2011 until April 2012, when the number of patients significantly decreased. Since late November 2012, MSF started supporting patients at local health facilities again.

To date, four MSF nurses are involved with treating patients at three polyclinics and one hospital, and two laboratory technicians are supporting Beatrice Road Infectious Disease Hospital in Harare on diagnostics side.

In addition, MSF is working in collaboration with the Harare City Health Department in the provision of safe drinking water through setting up mini water treatment sites in affected areas and institutions such as clinics, schools, churches and mosques, as well as rehabilitating already existing boreholes.

Other activities include supporting community sensitisation, involvement at coordination meetings and information gathering to monitor the situation across the city and its surrounding suburbs to map the outbreak.

“The outbreak has spread over four suburbs so far. Most recently, cases have been coming from Mbare, one of the high density suburbs in Harare and major food market and transport hub for the rest of the country. If the epidemic is not contained here, it can easily spread further,” says Shackman Mapuranga, the Emergency Coordinator for MSF.

Typhoid is a bacterial, water-borne disease transmitted by the ingestion of food or water contaminated with faeces of an infected person. This happens in conditions of poor sanitation, and poor supply of clean water.

In areas where sanitary facilities are well developed and maintained, there has been virtual elimination of typhoid. In many parts of Harare, water supplies are still irregular as taps remained dry most of the time leaving people with no option but to rely on wells. Especially in suburbs like Mbare, water and sanitation conditions are favourable to water-borne diseases like cholera and typhoid.

"Our biggest fear is a cholera outbreak in the city,” says Harare City Council Director of Health Services Dr Prosper Chonzi. “But we hope with support from partners such as the Ministry of Health, the World Health Organisation, MSF and other actors involved in water and sanitation issues we can avert this.”

Health education and hygiene promotion activities were ongoing around Harare, he adds, especially in areas which have not been affected by the outbreak. Fortunately, the number of people affected seems to be decreasing as of late.