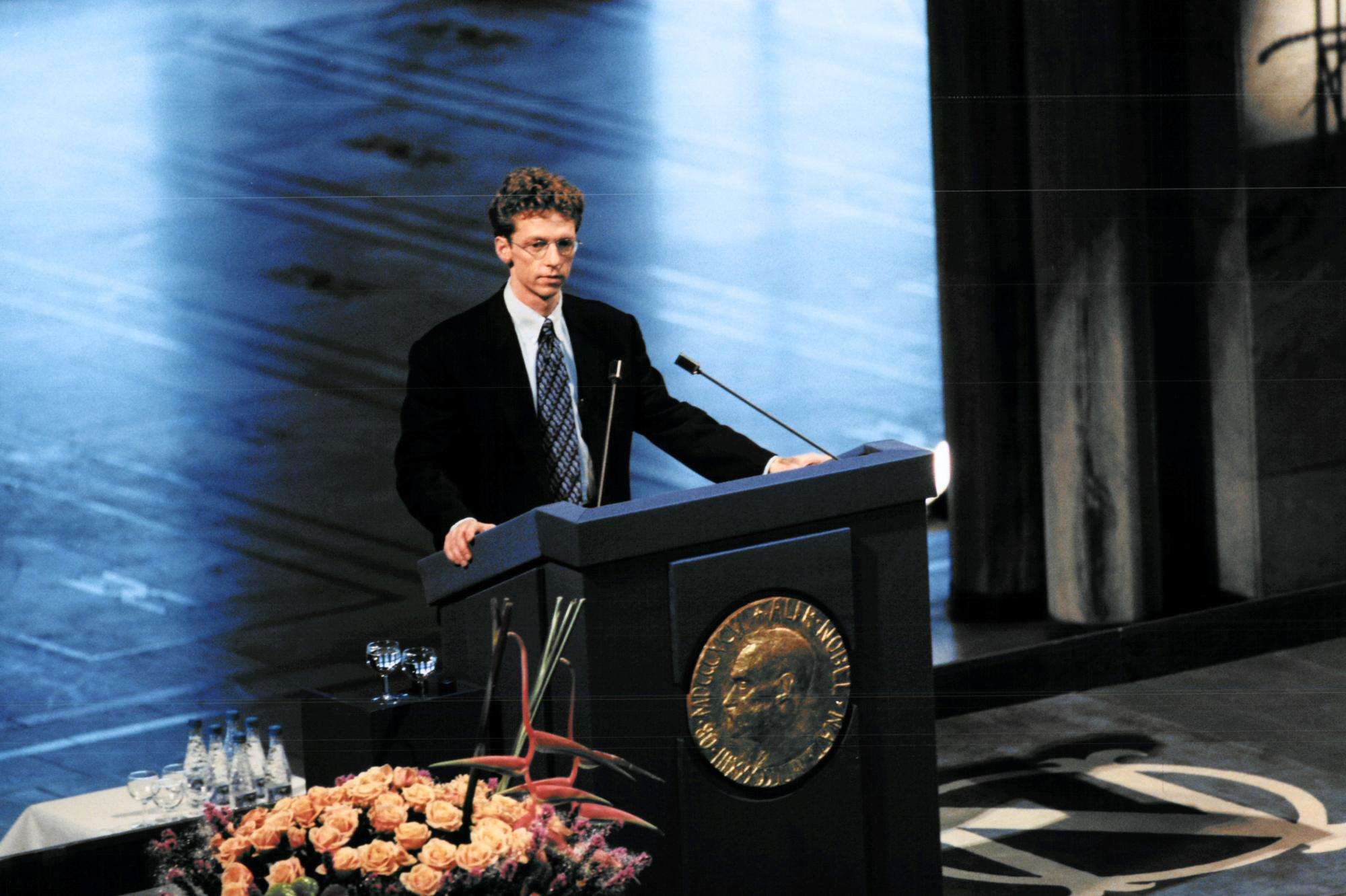 MSF was awarded the Nobel Peace Prize in 1999. The judges chose MSF “in recognition of the organisation’s pioneering humanitarian work on several continents” and to honour our medical staff, who have worked in more than 80 countries and treated tens of millions of people.

But we are known for more than our medical work – we also speak out on behalf of the people we treat and act to expose injustice. The Nobel Prize offered a platform for MSF to speak out, and we took it.

Using his acceptance speech at the award ceremony, Dr James Orbinski, President of the MSF International Council, spoke directly to the then Russian leader Boris Yeltsin and condemned Russian violence against civilians in Chechnya.

Justifying this unprecedented move, Dr Orbinski said: “Silence has long been confused with neutrality, and has been presented as a necessary condition for humanitarian action. From its beginning, MSF was created in opposition to this assumption.

“We are not sure that words can always save lives, but we know that silence can certainly kill."

“We are not sure that words can always save lives, but we know that silence can certainly kill."

Dr Orbinski then spoke freely about the power and the limitations of humanitarianism.

“Let me say this very clearly: the humanitarian act is the most apolitical of all acts, but if its actions and its morality are taken seriously, it has the most profound of political implications. And the fight against impunity is one of these implications.”

The proceeds from the prize were used to set up a Neglected Disease Fund, designed to support pilot projects for the clinical development, production, procurement and distribution of treatments for neglected diseases, such as Chagas, sleeping sickness and malaria.

The full transcript of the acceptance speech can be found on the official MSF Nobel Peace Prize page.