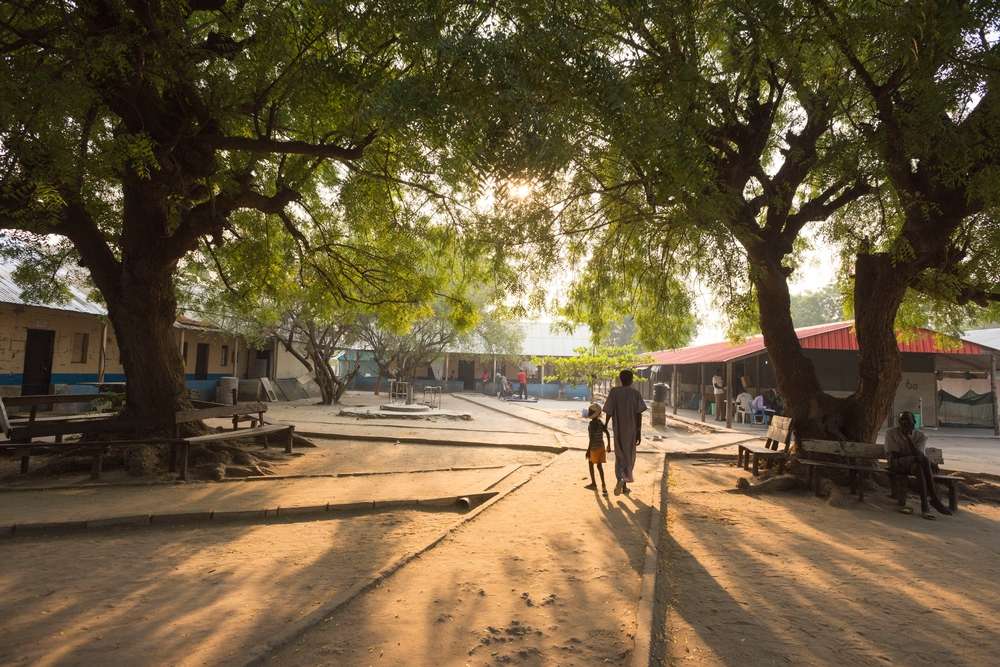 We are deeply shocked and saddened to report the deaths of two of our colleagues in Leer, South Sudan.

"We're deeply shocked and saddened by the killings of our colleagues," said Tara Newell, MSF's Emergency Manager. "It’s an indication of the current level of violence that people living in Unity state today are exposed to."

Both villages are located in the area surrounding Leer, in conflict-affected Unity state. While MSF has received confirmation of their deaths, we do not yet know the precise circumstances under which these killings took place.

Inside the maternity unit of MSF's Leer hospital. Patients are lying and sleeping on the floor after beds had been looted in 2014, when the hospital was also evacuated.

MSF was forced to evacuate all international staff from its hospital in Leer in May as fighting in Unity state intensified.

South Sudanese staff members, like Gawar Top Puoy and James Gatluak Gatpieny, sought shelter with their families in the surrounding swamps to escape the ongoing fighting.

Despite being displaced themselves, many continue to support MSF activities – carrying backpacks with medicines to treat civilians and informing people about MSF mobile clinics in the area.

Several staff members who worked in Leer are unaccounted for and at the end of July, another MSF aid worker was injured after being shot in the face during an attack on the village of Dablual.

The MSF hospital in Leer remains non-functional and was the only secondary healthcare facility for around 200,000 people.

The ongoing suspension of health services by other actors in the southern part of Unity state as a result of the fighting means that many people in southern Unity have no access to healthcare at all.

A mobile MSF team consisting of three international staff members has been present in the area for the past month, trying to provide some basic healthcare services amidst ongoing fighting.

Running a small clinic in Leer town, or travelling by foot, raft or canoe, they have managed to reach displaced people sheltering in the surrounding swamps, treating respiratory tract infections, diarrhoea, malaria and some cases of sexual violence. War wounded are seen nearly every day.

Nick Owen/MSF
A broken sandal lies next to unused ordnance under a tree in Leer, South Sudan, just a few hundred metres from the MSF hospital.

In the last month alone, the MSF team - with only one medic - has stabilised over 50 people with gunshot wounds.

One of these patients was a three-year-old girl shot in the leg, another a heavily pregnant woman shot in both legs and her right hand during a different attack. Her unborn child did not survive the ordeal.

"The situation is desperate. Ongoing attacks, killings and sexual violence against civilians by any armed actor in Unity state must stop,” said Tara.

“People displaced from their homes and villages should be able to move safely to seek assistance, wherever it is being provided.”