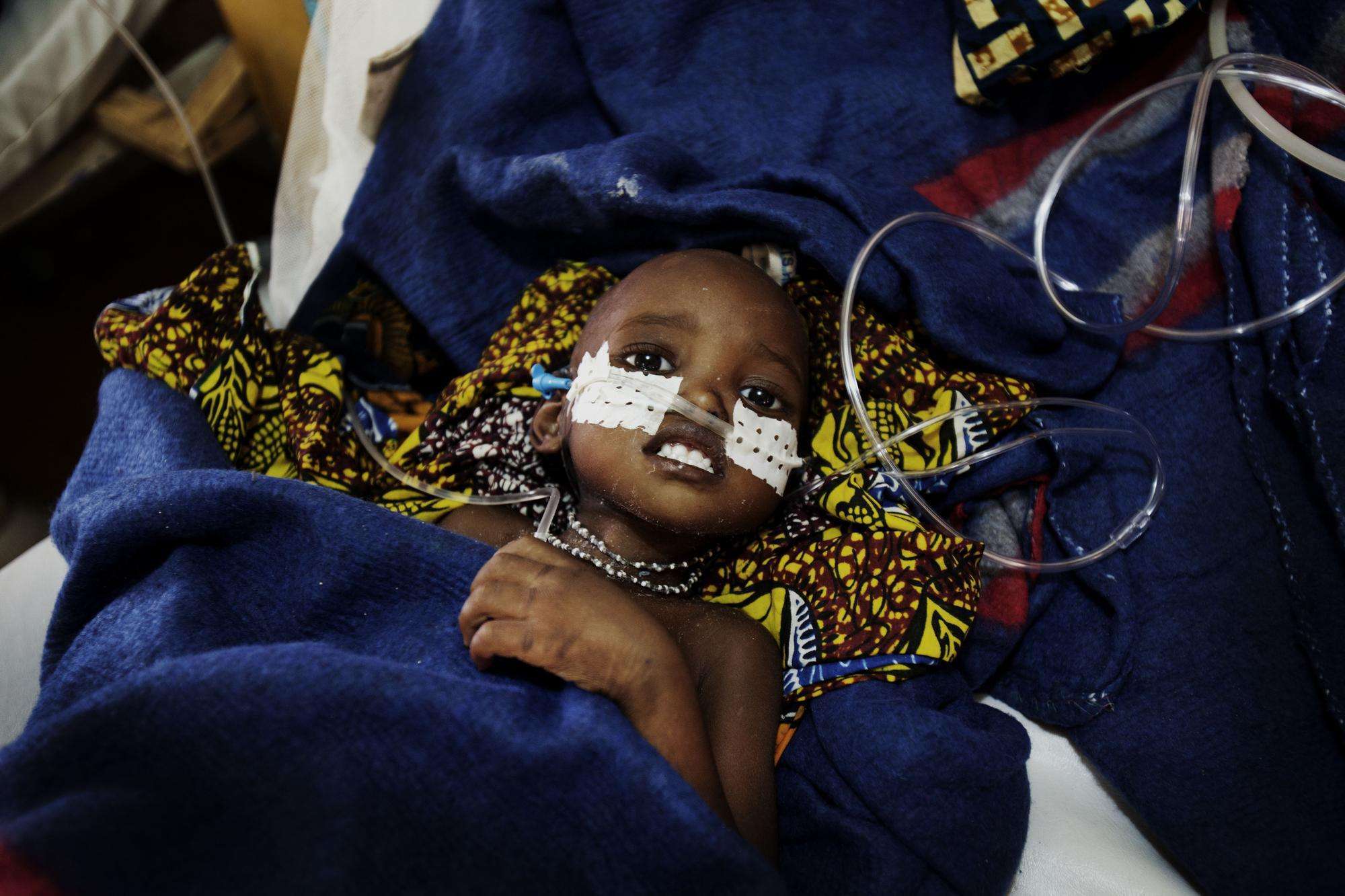 PRESS RELEASE: The number of severely malnourished children expected to be treated in the Sahel region in 2013 amounts to 1.4 million; one in five of these children will be in Niger.

The number of severely malnourished children expected to be treated in the Sahel region in 2013 amounts to 1.4 million; one in five of these children will be in Niger.

The international medical organisation Médecins Sans Frontières/Doctors Without Borders (MSF) has seen an increase in the number of malnutrition cases in several of its projects in the south of the country during the first quarter of the year compared to the same period in 2012.

The number of malaria cases treated by the organisation in some locations has also increased in recent weeks. With the rainy season on its way, and further peaks in malnutrition and malaria expected, MSF believes that it is essential to provide an integrated approach that focuses on prevention as well as treatment to reduce the impact of medical and nutritional crises on children under five in Niger.

An early and extensive malaria peak in 2012 caused a major increase in the number of malnourished children who had to be admitted due to severe malaria and treated on inpatient basis.

A retrospective mortality survey carried out by MSF in Madaoua and Bouza districts in 2012 revealed a mortality rate in children under five of seven deaths per 10,000 children per day, three times the emergency threshold. More than half of the deaths were due to malaria.

Even if it is not possible to extrapolate these figures to the entire country, the results show the seriousness of the humanitarian situation in some areas.

Malnutrition is endemic in Niger - one of the world's poorest countries. Each year, hundreds of thousands of children suffer from severe acute malnutrition.
© Juan-Carlos Tomasi/MSF

Malaria and malnutrition are closely related. The months of the ‘hunger gap’, when malnutrition is at its peak, coincide with the rainy season, when mosquitoes breed and the number of malaria cases shoots up.

The diseases combine in a vicious circle: malnourished children have weak immune systems, so their bodies are less able to fight diseases such as malaria, while children sick with malaria are more likely to become dangerously malnourished.

“Urgent action is needed to stop children continuing to die from these preventable causes,” says Luis Encinas, MSF’s programme manager for Niger. “To tackle malnutrition and malaria, we need innovative approaches, and we need to work on two levels at the same time: prevention and treatment.”

Over recent years, models for combating malnutrition have shifted to include prevention as a key element, and MSF believes it is essential to do the same for malaria, implementing new strategies that have already proven effective.

MSF is planning to implement a new strategy in some areas of Niger, known as seasonal malaria chemoprevention (SMC), in which children are provided with a full course of antimalarial treatment at intervals during the peak malaria season.

This strategy was successfully implemented by MSF in Chad and Mali in 2012, managing to decrease by 66 percent the number of simple malaria cases in Mali and by 78 percent in Chad.

Prevention strategies are crucial, MSF believes, but at the same time they need to be part of a more ambitious plan to address malnutrition and malaria as public health problems and to integrate their prevention and treatment into the set of basic health measures aimed at young children, like immunisations, and supported with nutritional supplements to help children grow up strong and healthy.

It is also necessary to improve people’s access to healthcare by decentralising it to rural areas. In Madarounfa district, MSF is already running a programme with this integrated approach to reduce child mortality.

“The effort being made to treat malnutrition in Niger is tremendous, and this needs to be supported,” says José Antonio Bastos, president of MSF in Spain. “The problem in 2012 was that a massive plan for treating malnutrition was prepared and implemented, but it excluded other health needs, in particular malaria prevention and immunisations.

“It failed to take account of the fact that even if you provide children with appropriate nutrition, you can still lose them to malaria or a respiratory infection. There is a need for an integrated response, rather than for pushing one response to the exclusion of others.”

The security situation in Niger, which deteriorated during 2012 and early 2013 due to the conflicts in the region, may hamper the deployment of humanitarian aid in Niger, so it is vital to prepare in advance alternative strategies that can be implemented in even the most difficult conditions.

To tackle this chronic emergency, MSF carried out a number of activities in Niger in 2012 aimed at improving access to healthcare for children under five and pregnant women. Medical teams in the regions of Zinder, Maradi and Tahoua run outpatient feeding programmes in some 37 health centres.

Severely malnourished patients who needed hospital care were admitted to inpatient feeding centres in Zinder, Magaria, Madarounfa, Guidan Roumdji, Madoua and Bouza hospitals. In 2012, more than 90,000 children with acute malnutrition and 390,000 children with malaria were treated in medical facilities managed by MSF and its partners.