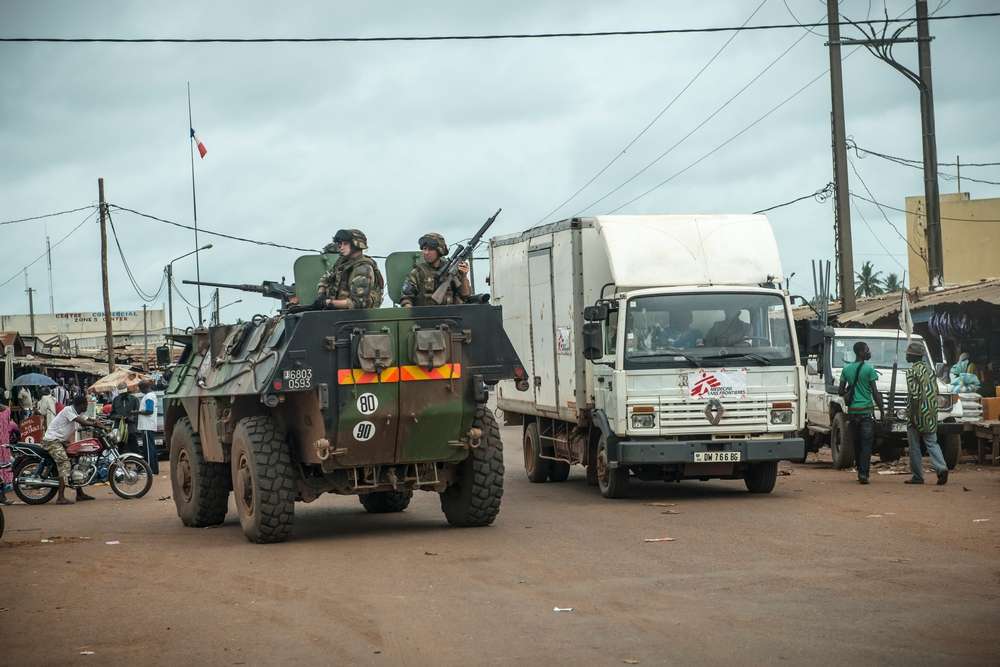 Opinion and debate: Another dangerous step further down the slippery slope?

Jesper Brix expreses his concern at the decision to widen ODA’s remit, which could be yet another dangerous step down the slippery slope of blurring political and military agendas into the delivery of genuine humanitarian aid.

On 18-19 February 2016, the OECD Development Assistance Committee (DAC) convened in Paris. The DAC network is a forum that contributes to the global discussion on poverty reduction, aid and development issues.

From this High-Level Meeting new OECD DAC directives allowing for revised areas of spending in the ‘field of peace and security’ arose. The committee also suggested incorporating the expenses related to the reception of refugees into Official Development Assistance (ODA).

On the surface, the communiqué includes safeguards to protect the main objective of ODA: the promotion of economic development and welfare of developing countries. Moreover, it underlines that the delivery of humanitarian aid - no matter the actor - shall be in accordance with the humanitarian principles of humanity, neutrality, impartiality and independence.

However, despite the expressed safeguards, my deep concern as a humanitarian aid worker is that the decision to widen ODA’s remit could be yet another dangerous step down the slippery slope of blurring political and military agendas into the delivery of genuine humanitarian aid.

Three areas in particular are concerning to me:

According to these revised OECD DAC directives, support to bodies such as immigration & border control, customs and other specialist civilian law enforcement agencies in partner countries can be coded as ODA. Actors such as the gendarmerie, the Guardia civil and the coast guard, and activities related to the provision of non-lethal equipment for partner country police (as well as financing for routine civil policing functions that promote ‘public safety’) also fall under ODA.

To contextualise this: in a conflict setting a clear state authority may not exist - meaning that there is no evident bearer of responsibility for promoting ‘public safety’. Under the new directives, the critical function of stabilisation that is supposed to be facilitated by ODA risks being left to unspecified actors in situations where it is unclear who holds authority.

Given the prevailing political norms in Europe, through which violent measures of refugee deterrence have become common practice, these directives open up the possibility for large donor countries to further externalise their border controls. The increased militarisation of borders through training and strengthening of police capacity will continue to criminalise refugees; an unnerving trend of late.

2. Delivering humanitarian aid: can it be a secondary objective?

The directives are opening up the humanitarian space for new actors - such as military forces of the donor country - as long as the funds cover additional costs only, and are used exclusively to ‘deliver humanitarian aid in accordance with the humanitarian principles of humanity, neutrality, impartiality and independence’.

Yet the new directives are riddled with safeguards and provisions; for example ODA is explicitly not to be used for military personnel to control civil disobedience, even in emergency situations; a curated list details the modules which can be taught to a partner country’s armed forces, and only “as a last resort” should they be taught by other military actors. The strategy of “winning hearts and minds”, which can now officially be ODA-subsidised, seriously risks jeopardizing the neutral space that humanitarians need to operate. When does the duty of a soldier to deliver aid in conflict settings end, and their obligation to protect their country begin?

At the meeting, DAC confirmed and laid the groundworks for an expansion of the current practice to use ODA for expenses related to the reception of refugees. The total amount of ODA spent in 2015 was not affected by this trend and figures reveal that even when excluding in-country spending on refugees the total amount of ODA rose by 1.7 percent.

Although this is good news, some concerns remain. There are no recommendations for an upper limit to the use of ODA in refugee situations and it is currently up to each individual government whether they want to put a cap on the amount.  In this uncertain context, many fear that the result will be further cuts to the actual ODA transferred to developing countries. It is therefore incumbent on humanitarian actors to ensure that these potentially punitive policies do not erode the financial core of humanitarianism.

Whether the EU will advance on the new directives and encourage member states to spend ODA in the field of peace and security remains to be seen. The European Commission has already expressed the wish to link security and development and upholds it as a necessity to support SDG Goal 16 - to promote peaceful and inclusive societies for sustainable development. To fulfil this objective, the revised ODA rules may be perceived as the missing element in the EU ‘tool-box’ to engage with the defence sector and military forces of third countries.

It is absolutely necessary to challenge the expansion of ODA’s remit into areas that undermine its very purpose so that Europe does not step further down the slippery slope of blurring civilian, humanitarian and military lines.