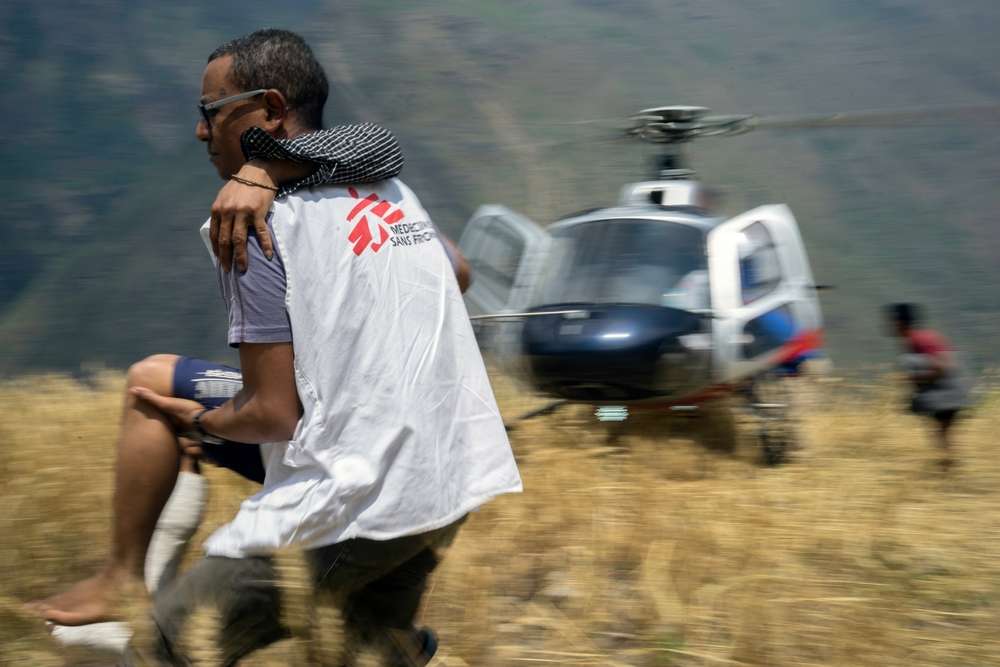 Opinion and debate: MSF's Jon Edwards makes the case that the World Humanitarian Summit process has appears set on promoting a model of humanitarianism that deliberately overlaps with development agendas, with little or no discussion on the potential negative impacts this could have on humanitarian responsiveness.

The World Humanitarian Summit (WHS) process – so far at least – appears geared to deliver a suite of glossy, thoughtful solutions to some of the least important humanitarian challenges before us.

There is little that is radical or transformational in the consultation final reports or co-chair summaries to date. As previous commentators have noted, there is precious little discussion of the glaring failures of the humanitarian system in recent years.

Instead we see calls for greater complementarity between actors and methodologies, more accountability to affected communities, a greater role for local actors, and greater responsibility from national governments.

These recommendations – inspired by coordinating disaster responses – of course fail to illuminate the way forward in Syria or Yemen, and we must assume they were not written with these contexts in mind.

Meanwhile, populations in those and similar contexts are in urgent need of ideas that will deliver more – or indeed any – humanitarian assistance, but as yet there are precious few of these in the WHS recommendations.

An MSF surgical team working inside an inflatable operating theatre in a makeshift hospital in Idlib, Syria, in 2013.

Instead, the summit process appears set on promoting a model of humanitarianism that deliberately overlaps with development agendas, with little or no discussion on the potential negative impacts this could have on humanitarian responsiveness.

This conflation of approaches is harmful, both because it can generate irrelevant or distracting agendas at a global governance level, but also because it can allow donors and other stakeholders to dodge responsibility for emergency response to conflict (or in the case of Ebola, to high-risk disease response), to concentrate instead on ‘humanitarian’ funding and response to lower-risk (although still important) resilience, risk reduction and social strengthening activities.

One of the first consultations (Central and West Africa) showed some promise in identifying the key issue for humanitarian response, concluding:

“There is an acute need for the current humanitarian system to enhance its capacity for its core aim – to access people who are most in need. Participants acknowledged that the current humanitarian response tends to be slow or suboptimal, and lacks enough actors that are ready and fit to intervene in the most critical situations and places.” (WHS Regional Consultation Abijan, Final Report Pg. 7.)

However, since that consultation took place, there has been very little discussion of this issue.

An MSF team in Tacloban, Philippines, delivers a baby by C-section in the aftermath of Typhoon Haiyan.

At least part of the problem is structural, in terms of how the discussions and consultations have been framed, with the first theme of ‘humanitarian effectiveness’ delivering overarching recommendations, whilst conflict-related concerns are relegated to a specialist theme of their own.

As a result, consultations are generating recommendations which are not only irrelevant to many conflict situations, but in some cases could be dangerous to effective humanitarian responses during conflict.

For example the European Consultation Co-chair summary document highlights the need to:

“Establish national contingency plans that set out scaled thresholds for response and consequent roles of all actors (local, national, regional, and international).” Pg. 5.

Similarly the North and South East Asia consultation recommendations in the humanitarian effectiveness theme include:

“Humanitarian action is a shared responsibility with everyone involved having clearly defined roles, with governments taking the overall lead.” Pg. 18.

When thinking about a best-case response to a cyclone, then these ideas make perfect sense, but not when imagining the delivery of lifesaving medical services to a population trapped in a civil war where the government and local actors are themselves party to the conflict.

Leonie Remonan was hit by a bullett in Central African Republic and had to hide in the bush for days. The wound had gone septic.

Differentiating between conflict and disaster

Perhaps, then, it is time for humanitarians to more explicitly differentiate between conflict and natural disaster response – at least when attempting to write global norms for response.

This is not to say that the resilience, risk reduction and development themes being discussed during the WHS consultations are irrelevant; there is much sensible content there and MSF would do well to see where its programming could improve from engaging with this thinking – after all, a significant proportion of MSF projects are being run outside an emergency, conflict-related context.

However, when faced with the largest displacement of people since the second world war, what we need to hear are ideas on how we can facilitate a stronger conflict response sector of core independent agencies and actors which are able to answer to the needs of people who are currently without assistance – those who will never benefit from a strong government lead, empowered local actors or climate change adaptation measures.

Promoting a differentiated set of norms for response to conflict and natural disasters (and perhaps pandemics) could help focus on these pressing challenges, whilst setting clearer expectations for what appropriate donor, agency, UN and government responses and responsibilities should be.

Find out more about our responses to conflict situations