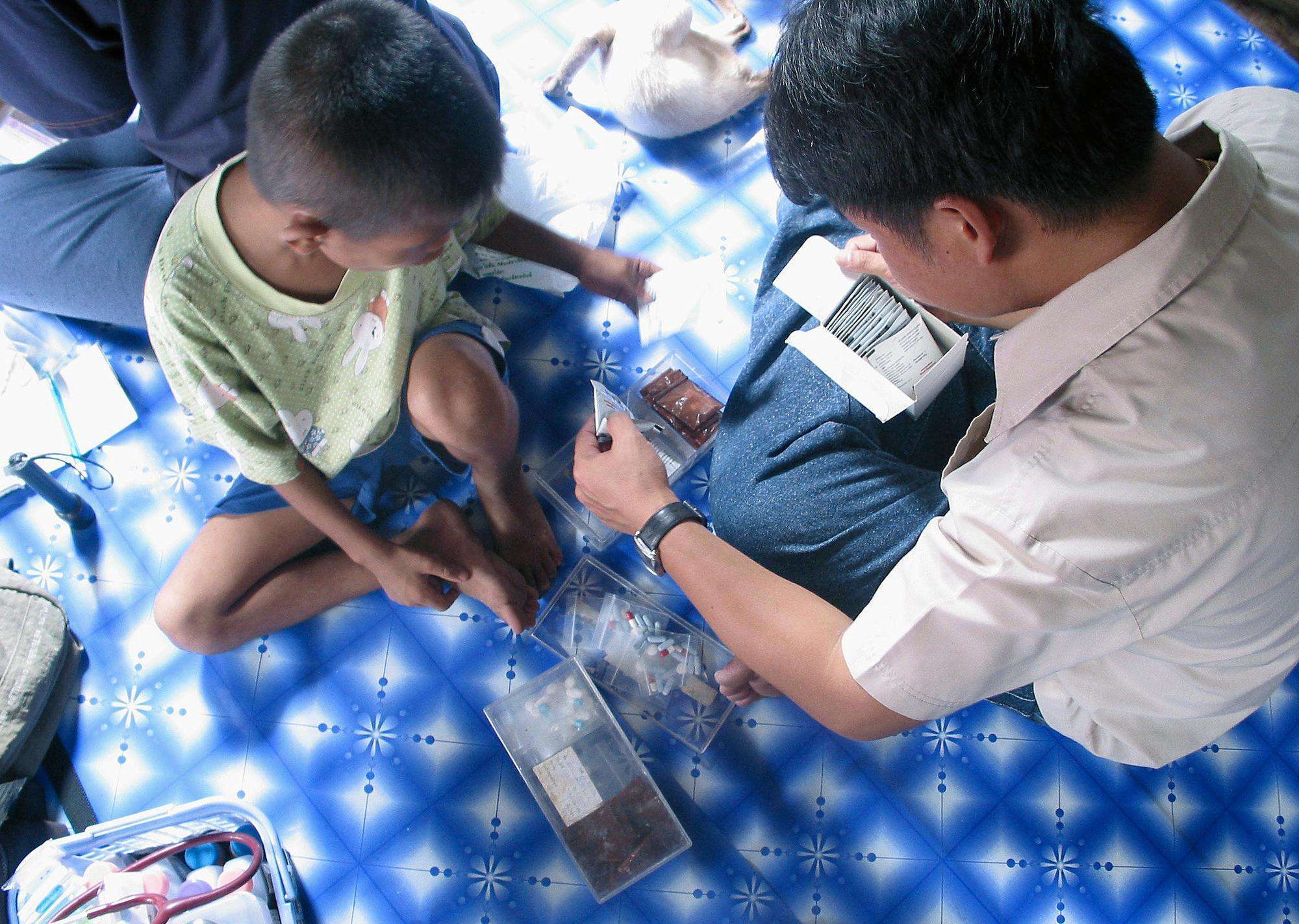 The film presents this as a historical problem, confined to the 80s and 90s, but watching it, I was reminded of much more recent work. Back in 2000, when HIV was raging uncontrolled and untreated through developing countries, I was in charge of Médecins Sans Frontières/Doctors Without Borders’ (MSF) operations in Thailand.

We started one of MSF’s first HIV treatment programmes, but it wasn’t easy; back then, antiretroviral drugs cost around US$10,000 per person per year. Our solution? The Ron Woodroof approach.

Each of us in the project, along with other supporters of HIV treatment, took turns to hide as many of the antiretroviral drugs in our suitcases as we could on return trips from abroad; we were effectively smuggling people’s lifelines in.

But, as in the film, there wasn’t enough to go around.

It meant doctors had to ration the drugs and take hard decisions; who got treatment, who went without – and who inevitably died.

Rico Gustav
100 people gathered outside the Indian Embassy in Bangkok on December 6 to bring attention to provisions in the India-EU Free Trade Agreement (FTA) that could harm access to medicines for millions throughout the developing world.

Yet, we constantly have to fight for access to newer, more expensive medicines that can cost up to 15 times more than the basic drug cocktail.

And this problem isn’t limited to HIV. As many as 180 million people worldwide – the vast majority in developing countries – are infected with hepatitis C.

Why are new medicines priced so high that even people in wealthy countries can’t afford them?

In the current research and development (R&D) system, patents on drugs are given to companies, usually for 20 years. Companies then charge the highest price the market can bear, without fear of competition. Patients and health providers are put in a near-impossible predicament: either they pay the market rate, or wait for 20 years. And waiting usually means dying.

The current system also means some desperately needed drugs just don’t get developed at all. Until the end of 2012, there had been no new drug developed to treat tuberculosis (TB) for 50 years because it isn’t profitable: the vast majority of TB patients live in poor countries.

But this lack of research and development into areas of need is beginning to hurt people in wealthy countries, too.

We’re seeing people die of infections we can no longer treat with antibiotics, and there are no new drugs in the pipeline. Pharmaceutical companies don’t want to invest in R&D for drugs that people only take for a couple of weeks; they spend on drugs you need for a lifetime.

We need to develop a R&D system that does not choose between developing a drug or making it widely available.

This idea is nothing extraordinary. There are already alternatives, such as prize funds, that reward new discoveries with substantial financial payouts – on the condition the drug fills a need, and is immediately open to competition.

The current system is no longer fit for purpose. I live in Thailand and every day I see people hurt by it.

It is time to get angry and demand change. As Ron Woodroof did.