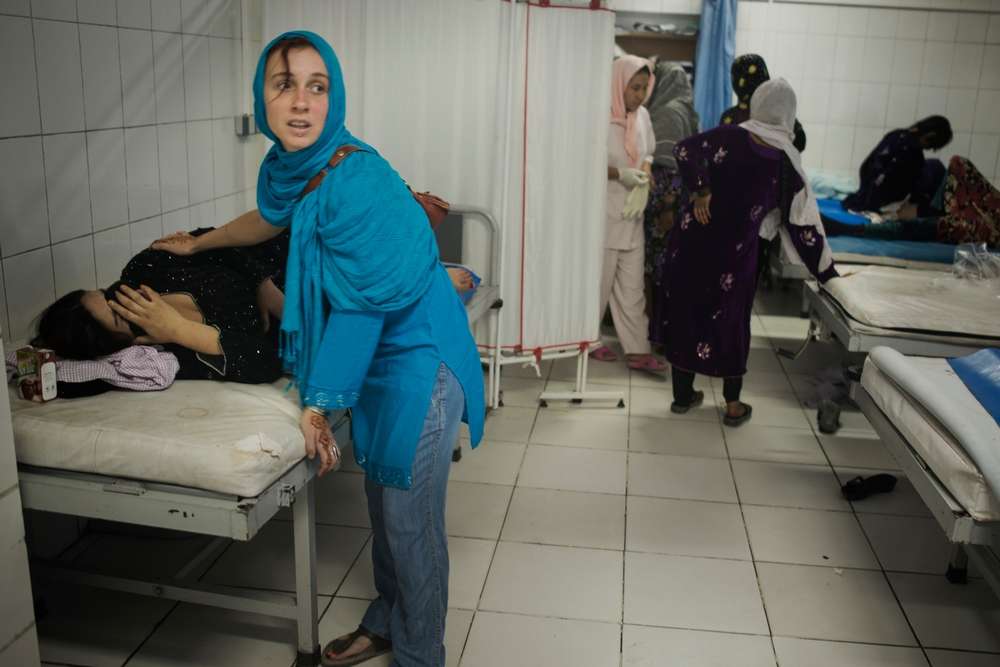 Afghanistan: Between rhetoric and reality – the ongoing struggle to access healthcare

PRESS RELEASE: After more than a decade of international aid and investment, access to basic and emergency medical care in Afghanistan remains severely limited and sorely ill-adapted to meet growing needs created by the ongoing conflict

After more than a decade of international aid and investment, access to basic and emergency medical care in Afghanistan remains severely limited and sorely ill-adapted to meet growing needs created by the ongoing conflict, reveals a report released today by the international medical humanitarian organisation Médecins Sans Frontières/Doctors Without Borders (MSF).

While healthcare is often held up as an achievement of international state-building efforts in Afghanistan, the situation is far from being a simple success story.

Although progress has been made in healthcare provision since 2002, the report – 'Between Rhetoric and Reality: The Ongoing Struggle to Access Healthcare in Afghanistan' – reveals the serious and often deadly risks that people are forced to take to seek both basic and emergency care.

The research – conducted over six months in 2013 with more than 800 patients in the hospitals where MSF works in Helmand, Kabul, Khost and Kunduz provinces – makes it clear that the upbeat rhetoric about the gains in healthcare risks overlooking the suffering of Afghans who struggle without access to adequate medical assistance.

“One in every five of the patients we interviewed had a family member or close friend who had died within the last year due to a lack of access to medical care”, said Christopher Stokes, MSF’s General Director.

“For those who reached our hospitals, 40 percent of them told us they faced fighting, landmines, checkpoints or harassment on their journey.”

The patients’ testimonies expose a wide gap between what exists on paper in terms of healthcare and what actually functions. The majority of them said that they had to bypass their closest public health facility during a recent illness, pushing them to travel greater distances – at significant cost and risk – to seek care.

“Others told us about being forced to watch over their sick or injured relatives throughout the night, hoping they would survive until morning when it might be safe enough to make it to a hospital.”

Throughout the past 12 years, decisions taken by belligerent governments on where and how to provide assistance in Afghanistan have too often been based on considerations other than people’s needs, such as stabilisation, counter-insurgency strategies or ‘winning hearts and minds’.

One result is that there are still major gaps in meeting the urgent needs created by the ongoing conflict. International donors, aid providers and Afghan authorities must urgently address serious shortcomings in healthcare provision, and put aside any consideration other than people’s needs.

The disruption of medical services disproportionately affects those living in militarily contested areas. However, insecurity and limited access to those communities by health authorities and humanitarian agencies, including MSF, impedes a sustained or adequate response.

In order to reach the most vulnerable people, humanitarian agencies will have to prioritise negotiating their access with all sides in the armed conflict. At the same time, all parties to the conflict need to do much more to ensure that impartial healthcare can be provided to all those who are sick and wounded.

“As international interest in Afghanistan wanes, MSF sees a conflict that still rages in many parts of the country alongside a failure to meet rising medical humanitarian needs,” said Stokes. “While the international community seeks refuge in rhetoric, the Afghan people have to deal with the harsh reality.”

In Kabul, Afghanistan, a man who was injured in a traffic accident is brought into the Ahmed Shah Baba Hospital emergency room in a wheelbarrow © Andrea Bruce

MSF works in Ahmad Shah Baba Hospital in eastern Kabul and Boost Hospital in Lashkar Gah, Helmand province. The organisation also runs a surgical trauma centre in Kunduz, providing lifesaving surgical care to people in northern Afghanistan, as well as a maternity hospital in Khost in the east of the country. In all locations, MSF provides medical care free of charge. MSF relies only on private funding for its work in Afghanistan and does not accept money from any government.

Find out more about MSF's work in Afghanistan