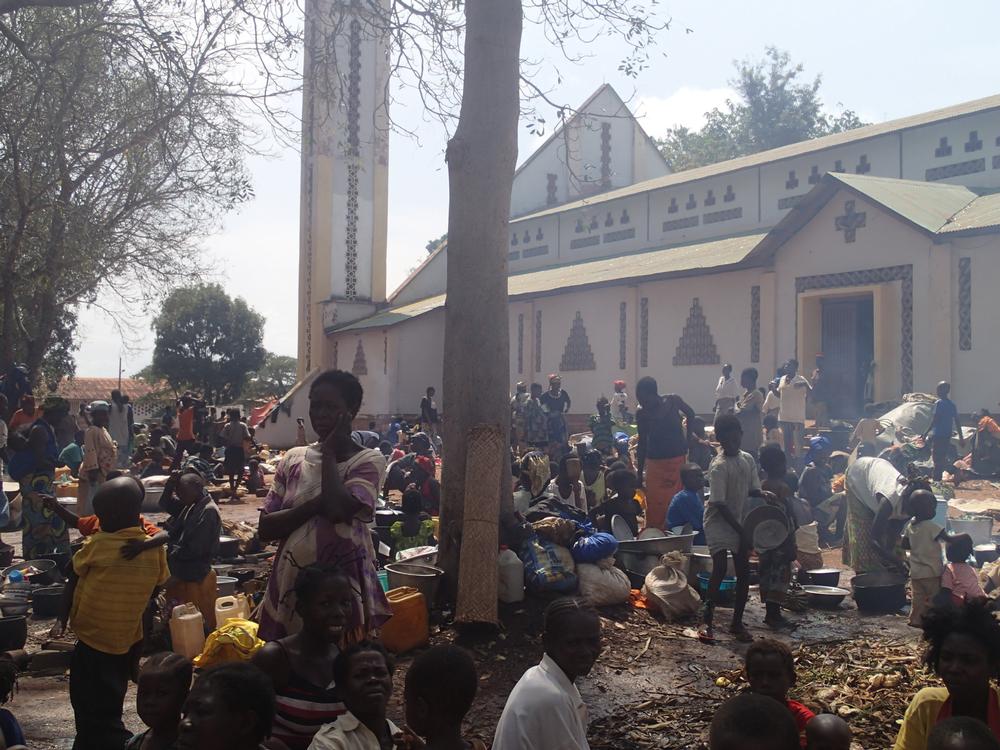 PRESS RELEASE: Tens of thousands of people have fled in a new wave of attacks and ruthless killings by armed groups and Government forces in north-western CAR

These include the execution by armed men of eight people who were separated from a larger group as they fled by truck, and the targeted killing of two men in a village, which subsequently caused many others of the same religion to take flight.

In this climate of fear and violence, people are fleeing for their lives into the bush or gathering in large groups seeking safety.

In Bossangoa an estimated 28,000 people are sheltering in the Catholic Mission, far exceeding its capacity; 1,200 people are in a hospital, effectively turning half of the building into a makeshift camp; a further 1,000 people are seeking shelter next to an airstrip; while around 400 others have gathered in a school.

As the rainy season continues, those in the bush are also particularly at risk of contracting malaria – the number one killer in CAR.

“People have no shelter and they sleep wherever they can, inside the church, school or under trees.

It is crowded and people cook, eat, sleep, wash and defecate in the same area. Under these disastrous hygienic conditions, the risk of disease outbreaks is high,” says Ellen Van der Velden, MSF Head of Mission in CAR, following a visit to the sites.

“MSF is currently one of the few aid organisations working in conflict affected areas in the country, providing health care including surgery, water and sanitation, and nutritional support. But, much more is urgently needed.”

In all its facilities, MSF treats people based on medical need, regardless of political, religious or any other affiliation.

“In the last month, we have treated more than 60 people in Bossangoa for injuries that are the result of violence, largely gunshot and machete wounds, including women and children”, said MSF surgeon Erna Rijinierse.

“More than 80 percent of surgeries have been for wounds that are conflict-related. MSF is horrified by what we are seeing, including burnt villages and appalling scenes of murder.

Those who are fleeing are in desperate need of assistance, as well as the sense of protection that the presence of aid agencies brings.”

Since October, violence and deadly clashes have been reported in Bouca and Garga in the northwest of CAR and Mbaiki in the southwest.

During this time civilians, medical staff, and humanitarian workers have all been subject to physical aggression. MSF has directly witnessed the execution of one healthcare worker, as well as multiple violent attacks on humanitarian staff.

In Bouca, the organisation continues to assist 400 families who have been living in one compound since their houses were burned down in September. If this instability continues, access to healthcare for people in the country – already severely tested – will be dangerously impaired.

MSF calls on all armed groups to respect the safety of civilians, medical staff, and aid workers; and for an urgent increase in humanitarian assistance.