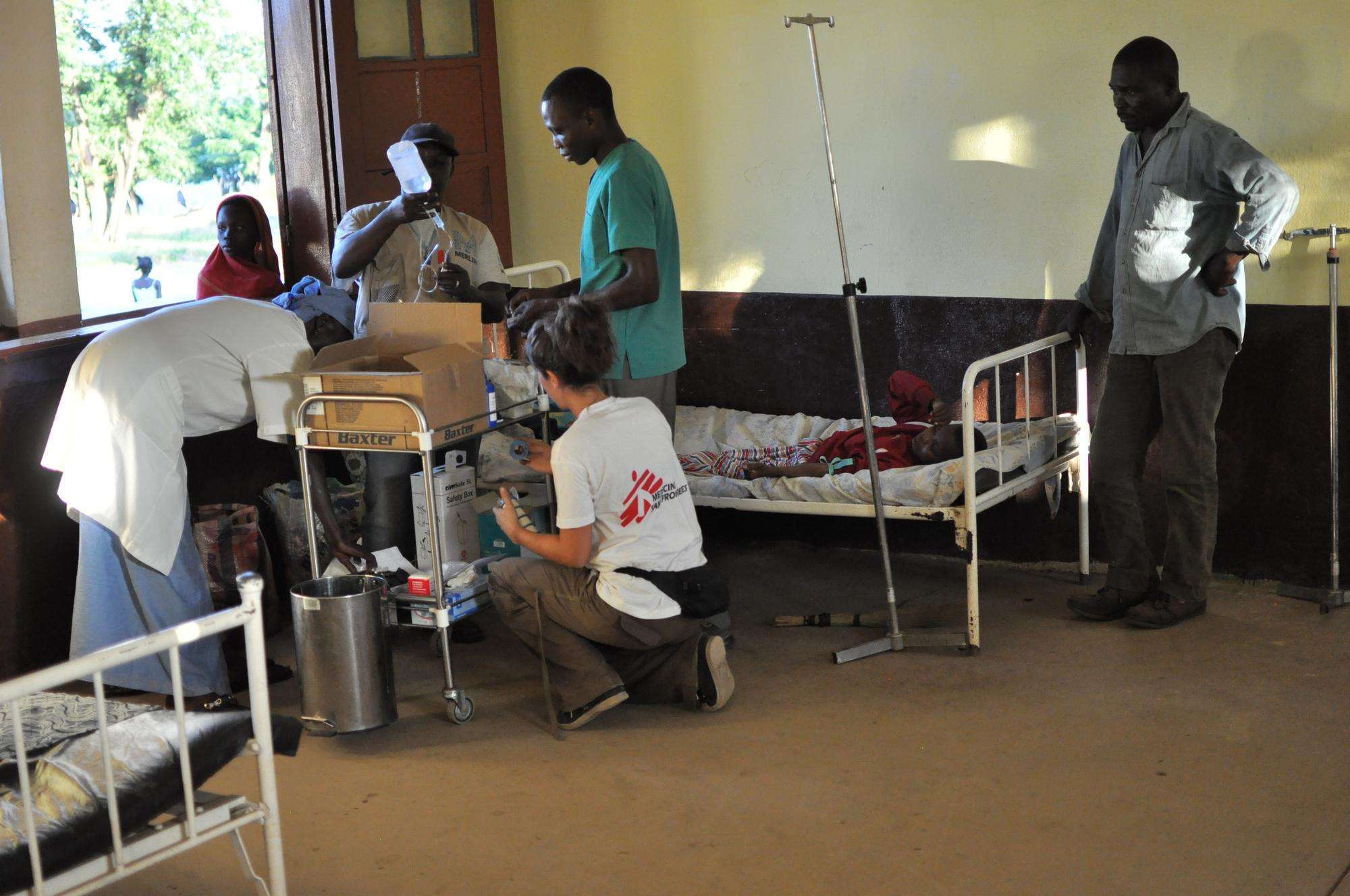 Ordinary people are caught up in the conflict engulfing Central African Republic. Villages have been burnt and thousands have fled. MSF's emergency coordinator, Rosa Crestini, witnessed the impact.

Ordinary people are caught up in the conflict between rival militias that is engulfing the southwest of the Central African Republic (CAR). Villages have been burnt and thousands have gathered in cities for safety or are hiding out in the bush.

Médecins Sans Frontières/Doctors Without Borders (MSF) teams have found a way to reach people in need as fast as possible, says Rosa Crestini, our emergency coordinator, recently back from the city of Bouar.

"When a new wave of violence broke out in the southwest of CAR, causing thousands of people to flee their homes in terror, our medical teams already working in the country wanted to find a way of responding to people’s needs as fast as possible. That’s why we set up our emergency mobile team.

The aim is to get to p

laces where violence has occurred as quickly as possible. If you get there fast, you can make a real difference; you can actually have an impact on whether people live or die.

As soon as we arrive on the scene, we stabilise the wounded as quickly as we can, and send them to hospitals that are functioning properly and can provide decent treatment.

The people who fled their homes because of the violence have often lost everything, so we distribute basic necessities: everything from bars of soap to complete ’family kits’ for those whose houses have been burned to the ground.

Many displaced people are sleeping out in the open, so they are at risk of catching malaria, which causes more deaths than anything else here in Central African Republic so we do mobile clinics and provide them with basic medical care.

We also see a lot of respiratory infections and skin diseases brought on by the poor conditions they are living in.

When we heard that violent clashes had taken place in Bouar, a town in the west of the country, we set off at once. On arrival, we found 16 wounded people, and immediately began to treat them.

Some had gunshot wounds, others had severe trauma including wounds and fractures. Many children had fallen and injured themselves while trying to escape.

We evacuated nine of the most severely wounded, most to Paoua hospital, which is supported by MSF. In Central African Republic, medical staff have little experience treating gunshot wounds – something that’s definitely needed now.

In Bouar city, we found about 9,000 people who had fled their homes in fear and had gathered in two main sites. The team did medical consultations and handed out basic necessities.

After a while, tensions eased in the city and people began returning to their homes but our team headed out beyond the city limits.

They drove through villages that had been burnt to the ground, looking for the villagers who had fled. They found them, hiding in fields or in the bush, terrified that every passing car might contain men with guns. Over two weeks, our small mobile team carried out 2,000 medical consultations.

The work doesn’t stop. On 16th November, two more mobile teams left for Mbaiki and Yaloké, in the southwest, after reports that more people had been displaced from their homes in those areas.

Mobile teams can be effective if we hear promptly about violent incidents taking place, and if we can get to the right place fast.

However, our teams can’t cover all the needs. Health is one thing, but these people also need clean water, food and security; about which very little has been done.

International organisations working in Central African Republic still haven’t mobilised their emergency response capability, and people are staying in the bush for weeks on end without receiving any assistance."

MSF has been working in Central African Republic since 1996, and runs seven regular projects in five of the seven health districts, supporting seven hospitals and around 40 health centres. MSF has opened three new projects during 2013 to respond to emergencies, and plans to increase its response in the country. In 2012, MSF teams provided a total of 600,000 consultations and treated more than 260,000 people with malaria.