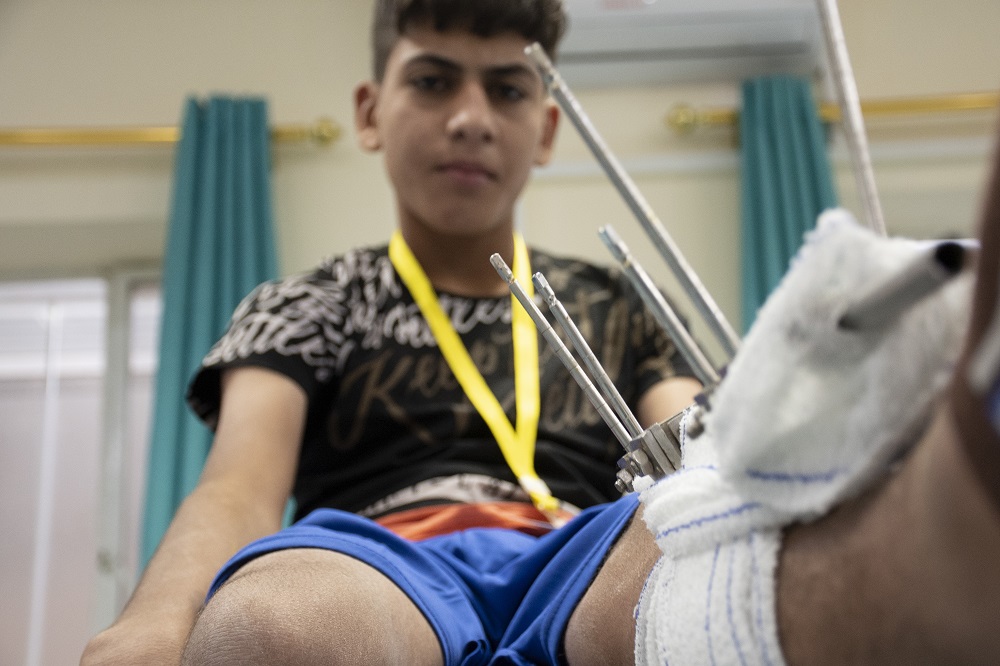 In 2017, when the war to retake cities in Iraq from the Islamic State (IS) group was leaving scores of people dead, wounded or maimed, Médecins Sans Frontières (MSF) opened the Baghdad Medical Rehabilitation Centre (BMRC) in the Iraqi capital to provide early medical and physical rehabilitation to the men, women and children wounded during the fighting.

As the war fell from the headlines, the BMRC expanded their admission criteria and began to receive the survivors of non-violent trauma, such as those involved in traffic accidents and industrial accidents, as well as those who continued to be injured in ongoing violence in Baghdad.

When mass protests over deteriorating living conditions, unemployment and the lack of basic services broke out in Baghdad on 1 October 2019, health facilities in the capital were inundated with those wounded in the violence accompanying the protests.

From the beginning, MSF kept a close eye on the situation in the capital and reached out to several health facilities to identify their needs, providing donations of emergency medical supplies and support.

At the same time, the BMRC, which initially had a 20-bed capacity, was expanded to be able to care for up to 30 patients from October until December. The centre treats those in need of early physiotherapy and post-operative care, including mental health support to ease and treat accompanying mental health issues.