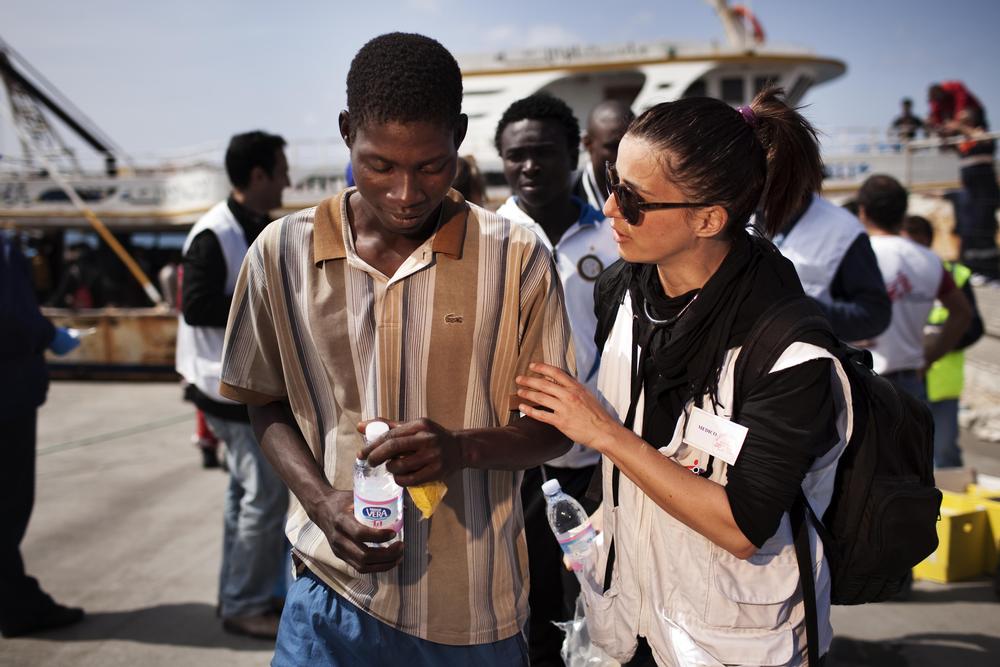 PRESS RELEASE: MSF calls on members of the European Union to recognise the human cost of their repressive migration policies as a delegation arrives in Lampedusa

As a delegation of European and Italian leaders visit the Sicilian island of Lampedusa to honour all those who tragically lost their lives trying to reach the European coast, the international medical organisation Médecins Sans Frontières/Doctors Without Borders (MSF) calls on members of the European Union to recognise the human cost of their repressive migration policies.

“EU member states can no longer ignore the human cost of their policies,” said Freya Raddi, MSF coordinator of operations.

“The recent incident was the direct result of a European migration policy that criminalises irregular immigration and insists on closing its doors to the most vulnerable.”

Protecting the most vulnerable

European states should focus their efforts not on closing their borders to the most vulnerable, but on protecting them, says MSF – by mounting rescue operations at sea, as well as by improving reception conditions for newly arrived migrants.

“Restrictive and repressive migration policies simply add to the suffering of people who have escaped from conflict situations,” said Ms Raddi.

The reinforcement of EU border controls is forcing migrants to take increasingly dangerous routes in their efforts to reach Europe.

Countless lives have been lost just a few km from Italian shores, as well as in transit countries where migrants are frequently exposed to violence and abuse. Those who survive the journey to Europe often end up held in appalling conditions in detention centres.

“The reception centre in Lampedusa is running at four times its capacity – and the number of new arrivals and the overcrowding are not new,” said Ms Raddi.

“Families are sleeping outside under makeshift shelters made ​​of plastic and mattresses. This reflects the authorities’ lack of preparation to deal with the influx of migrants, which could and should have been anticipated.”

The boat which capsized last week near Lampedusa was carrying some 500 refugees, asylum seekers and migrants. More than 300 of them drowned.

Since January, nearly 30,000 people have arrived in Italy by boat from Libya, Egypt and Syria, fleeing violence and conflict and in need of international protection.

“Governments cannot continue to attempt to control migration flows to the detriment of the protection of refugees and the rights of migrants,” said Ms Raddi.

“They need to respond urgently to the broader aid and protection issues, and to provide long-term solutions.”

MSF has been working on the Italian island of Lampedusa since 2002. MSF teams also currently provide technical support for the control of infectious diseases in a number of migrant detention centres in Rome and Sicily.

In Ragusa (Sicily), MSF supports the Italian health authorities by providing medical consultations to migrant, asylum seekers and refugees in local health centres. MSF teams are currently working around the clock to cope with a large influx of migrants in the Sicilian port of Pozzallo.

In Morocco, Malta and France, MSF teams have been providing medical and psychological support to migrants for the past 10 years.

In Greece, MSF is working in the north of the country to provide medical and psychological care to migrants, refugees and asylum seekers in police border stations and detention centres.

Find out more about MSF's work with migrants in Italy