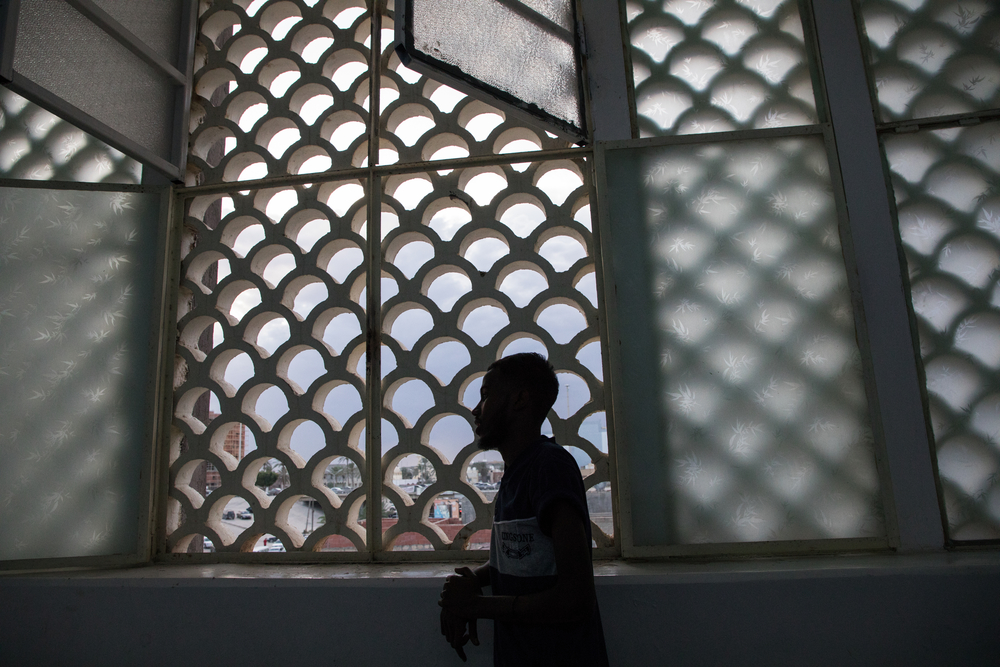 Libya- Rounded up at night and locked up in inhumane conditions: the ordeal of migrants in Sabratah

UPDATE: The people who were still held at the time of writing this article were eventually released on Saturday 10 October.

About sixty people, including 24 children, are currently held in dreadful conditions in Sabratah in Libya after they were reportedly rounded up in a particularly large and violent raid about two weeks ago. They are part of a larger group of 350 people, mostly from West Africa, who said they saw their lives shattered when masked armed men burst into their homes in Al Jilat on the night of September 27, taking away valuable items and identity documents and bringing them to Sabratah to be locked up in a shed within a former military base.

That’s where the medical team of Médecins Sans Frontières, who was alerted of the situation by the Libyan agency fighting against illegal immigration (DCIM), met them two days later. “We found over 350 women, children and men sleeping on the ground in abject living conditions in a building without access to a water point, showers, or toilets” said Guillaume Baret, MSF head of mission in Libya.

During its medical intervention, MSF referred four people for hospital care and distributed water and emergency food rations. Our medics were not allowed to receive men for consultations, only women and children. On-site, the violence was palpable, with armed men firing shots into the air.

On October 2, a shooting reportedly broke out following an attempted escape. According to several sources, at least three people were killed. Some managed to escape, others have been released, returning to the same uncertain and dangerous environment.  “The remaining sixty people, among them a majority of women and children, must be immediately released and protected” said Baret.

Their experience is a shocking illustration of the permanent danger faced by refugees and migrants in Libya. They have nowhere to go to escape violence and find safety while Libyan and European officials continue to return and trap people in flight to Libya. Yesterday, October 8, two vessels belonging to the Libyan general administration for coastal security returned to Libya after undergoing substantial repairs paid for by Italy and the European Union. Since the beginning of 2020, nearly 9,000 people have been returned to Libya by the Libyan coastguard with the support of European states.

Approximately 2,400 people are arbitrarily detained in the DCIM's centres across Libya, but more and more people could be held captive in other types of structures, either completely clandestine or managed by entities other than the DCIM.

MSF teams currently provide support to migrants, refugees and asylum seekers in 6 detention centres in the Western and Central regions of Libya, as well as in Tripoli. Services provided by MSF teams include general healthcare, medical referral services, mental health support, protection services and support in access to basic needs, through food and non-food items distributions, as well as water and sanitation.