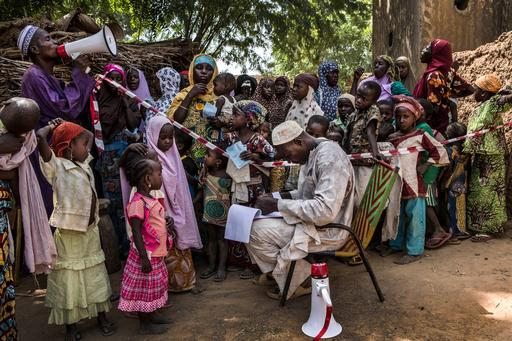 Seasonal malaria chemoprevention treatment (SMC) has shown extremely promising results in reducing the burden of malaria in young children in the Sahel region of Africa.

Seasonal malaria chemoprevention treatment (SMC) has shown extremely promising results in reducing the burden of malaria in young children in the Sahel region of Africa, according to international medical organisation Médecins Sans Frontières/Doctor without Borders (MSF).

Reaching out to the community has been crucial to treating as many children as possible in remote areas. This has allowed MSF to tackle the other main childhood ‘killer diseases’, screening children for malnutrition and providing vaccinations.

“The head of the community told us about the programme protecting the children under five years against the malaria disease and encouraged us to go,” explains a mother from Karofane, in the Bouza district in southern Niger.

MSF is carrying out a SMC programme here and has seen a change in the way the malaria is affecting children in the region. “Last year my children suffered a lot from malaria. One was so ill he had to be admitted to hospital. But this year they’re fine.”

MSF provides preventive treatment to around 735,000 children aged three months to five years in Niger, Chad and Mali between July and September – the peak time for malaria infection.

“This year, we have treated more than double the number of children we treated last year and we have reached more areas,” says epidemiologist, Alena Koscalova, MSF’s SMC advisor for Niger.

In the months of July, August and September, the MSF teams provided chemopreventive treatment to some 80,000 children in Chad, over 175,000 in Mali, and more than 480,000 in Niger. 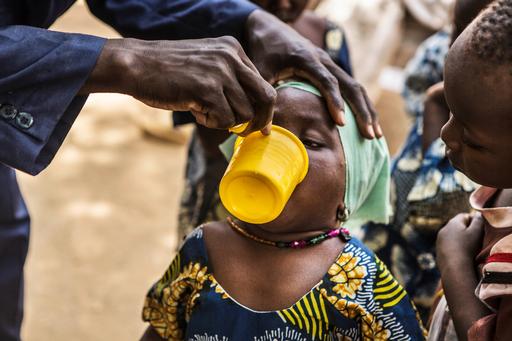 A child receives preventive treatment from an MSF healthcare worker as part of a seasonal malaria campaign.

SMC combines the drugs sulfadoxine-pyrimethamine and amodiaquine, and is taken in three doses at monthly intervals during the July-to-October rainy season when the risk of transmission is at its highest.

The combination of drugs means that patients are less likely to develop resistance. “Combination malaria therapy has been shown to considerably reduce the risks of resistance to the treatment,” says MSF health advisor, Cristian Casademont.

Recent studies demonstrate that the preventive method considerably reduces the number of simple and severe cases of malaria, and leads to far fewer children being admitted to hospital with the disease.

Community involvement is ‘fundamental’ to programme

Launching a malaria prevention campaign on this scale “is a major challenge logistically, medically and for the communities concerned,” says  Adolphe Mausid, a nurse at MSF’s project in Bouza, Niger.

“The involvement of health authorities and community leaders has been fundamental. Without them, it wouldn’t have been possible. They have helped us to get closer to the communities and to gain acceptance from them.”

MSF has trained more than 4,000 community health workers to encourage parents in villages to take their children to the distribution points. With these points set up in health centres and at the houses of village leaders, as well as door-to-door distributions, the majority of children in the targeted areas have received treatment.

The first dose of the medicine is given to the child in situ, and parents are advised on how to administer the following two doses at home. “This year, we have made great progress with the practical demonstrations,” says Koscalova.

“More mothers have participated, which has enabled us to get the message across better and ensure that the treatment is administered correctly. It’s very important they get to know the programme well and are aware of its importance,” she explains.

Juan Carlos Tomasi/MSF
Engaging with the local community has been effective in increasing awareness of the benefits of the SMC.

Malaria and malnutrition are a lethal combination, so in order to increase the impact of the initiative, and to help reduce overall child mortality, MSF teams are also systematically screening and treating children for malnutrition, as well as vaccinating them against other diseases. In 2014, “a new inclusion has been the updating of children’s vaccination cards,” explains Estrella Lasry, MSF tropical medicine specialist.

“In Chad and in Niger, as well as the preventive treatment against malaria, we have also vaccinated children against polio, diphtheria, tetanus, pertussis, hepatitis B and influenza in the population, with the aim of improving children’s health,” says Lasry.

Distribution of the Plumpy’Doz™ ready-to-use supplementary food was also included in the SMC distribution in Niger targeting children from six to 24 months to combat malnutrition. At the same time, MSF teams are distributing mosquito nets treated with insecticide, an effective way of controlling malaria, with a focus on children and pregnant women as the two most vulnerable groups.

Malaria risk for 23 million children in the Sahel

Malaria is transmitted by infected Anopheles mosquitoes. Symptoms include fever, joint pains, vomiting, nausea, convulsions and, in extreme cases, coma. The most severe form of malaria is caused in the majority of cases by the parasite Plasmodium falciparum. If untreated, it causes organ damage and ultimately death.

In the Sahel, some 23 million children are at risk of contracting the disease. MSF first used the strategy of seasonal malaria chemoprevention in Chad and Mali in 2012, and introduced it in Niger the following year.

In the past three years, ministries of health in Burkina Faso, Mali, Niger, Gambia, Ghana, Guinea-Bissau, Guinea, Nigeria, Senegal, Chad and Togo have all included seasonal malaria chemoprevention in their national programmes to combat malaria.