Mediterranean: A cemetery of water

"I remember the humanity in the gestures of the rescuers..." 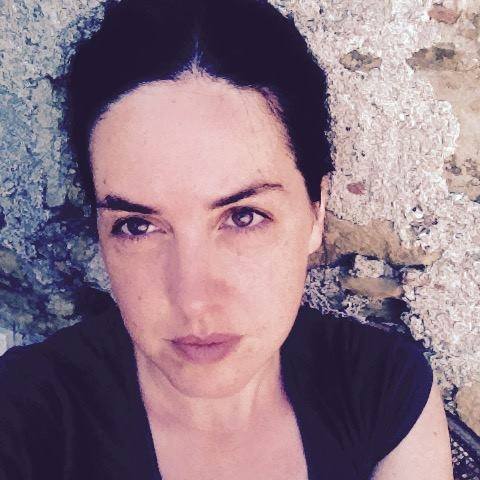 On board the Bourbon Argos, our search and rescue vessel, Dr Frederica Zamatto reflects on the fate of over 3,900 people who died at sea in 2016

On board the Bourbon Argos, our search and rescue vessel, Dr Zamatto reflects on the fate of over 3,900 people who died at sea in 2016.

"Body bags are aligned sadly on the deck of the Bourbon Argos.

With their feet steeped in a toxic mix of fuel and salt water, our team has been retrieving the bodies of 29 people either killed by fuel exhalation, or drowned in that horrific mixture.

They found them after rescuing 107 people from an overcrowded rubber boat.

Those who didn't make it were lying at the bottom of the boat, hidden below a deadly layer of fluid - it took the team three hours to retrieve all of the bodies, as the conditions were difficult and risky.

"Those who didn't make it were lying at the bottom of the boat, hidden below a deadly layer of fluid"

From the same boat, 23 people were found with severe burns. Once you have seen chemical burns from fuel and salt water you will never forget it.

When migrants attempting to cross the Mediterranean Sea from Libya travel in overcrowded boats, those who sit in the center have their feet, legs and genital area soaked in that terrible fluid, which slowly burns their flesh.

Two people had injuries so severe that they had to be airlifted to Italy by helicopter. Another five were evacuated by speed boat, including one patient who our doctor had to intubate on board.

As such, the past few days have been dreadful at sea, and rescue teams have been reaching out to boats in distress continuously.

MSF has been in the Mediterranean for many months now, together with other NGOs, and rescued thousands of people from drowning.

But the tireless work was not sufficient to save the lives of more than 3,900 people, who have died at sea since 2016 began.

I am haunted by the images of people dead at sea.

Bodies made heavy by their clothes soaked in salt water. Water filling their mouths. Water swelling their bodies, erasing the last grimaces of pain from their faces. No one to hold their hands in the last seconds of their lives. Nobody to caress their faces after death. Nobody to lay their bodies to rest. No relatives to bury them.

The sea has become a cemetery of water, but only a few seem to care.

After years we are still struggling to find new ways to describe the complex phenomenon of “boat people”. We fail to draw attention to the daily drama occurring in the Mediterranean Sea.

A vicious circle of populist speeches, atavistic fear of the other, dread of invasion and appeals for the creation of safe and legal routes that seems to lead nowhere.

The only measures our political leaders seem able to think of are walls, tighter control of frontiers, deportations, and deals with third-party countries to keep people in need of protection and refuge away from our borders.

In the meantime, the tragedy has repeated itself almost daily, for years, with no interruption.

Ten years ago, I started working with an MSF team in Lampedusa (the largest of the Italian Pelagie islands in the Mediterranean Sea).

There were three of us: a coordinator, a nurse and me. Available day and night, we were ready to respond at any time to an imminent landing.

We spent hours, often at night, at the dock, scanning the horizon, waiting for desperate sea travellers.

From those months spent in Lampedusa, the eyes of the people have always stayed with me - lost and desperate eyes that brightened when their owners set foot on solid ground, and when someone was there to reach out and welcome them.

I remember the cases of hypothermia, the burns, and the pregnancies that were the result of rapes.

I remember the humanity in the gestures of the rescuers, and the confusion among people sat shivering next to each other at the pier, waiting to be transported to the reception centre.

My mind returns to the cemetery on Lampedusa, where unnamed bodies lie - people who put their lives in a precarious boat, risking it all.

For those lost in the Mediterranean, like unnamed victims lost in a war, someone somewhere is waiting for news, a sign, a call.

But only silence resounds.

And by that silence, I’m haunted."

Find out more about our search and rescue operations on the Mediterranean Sea.