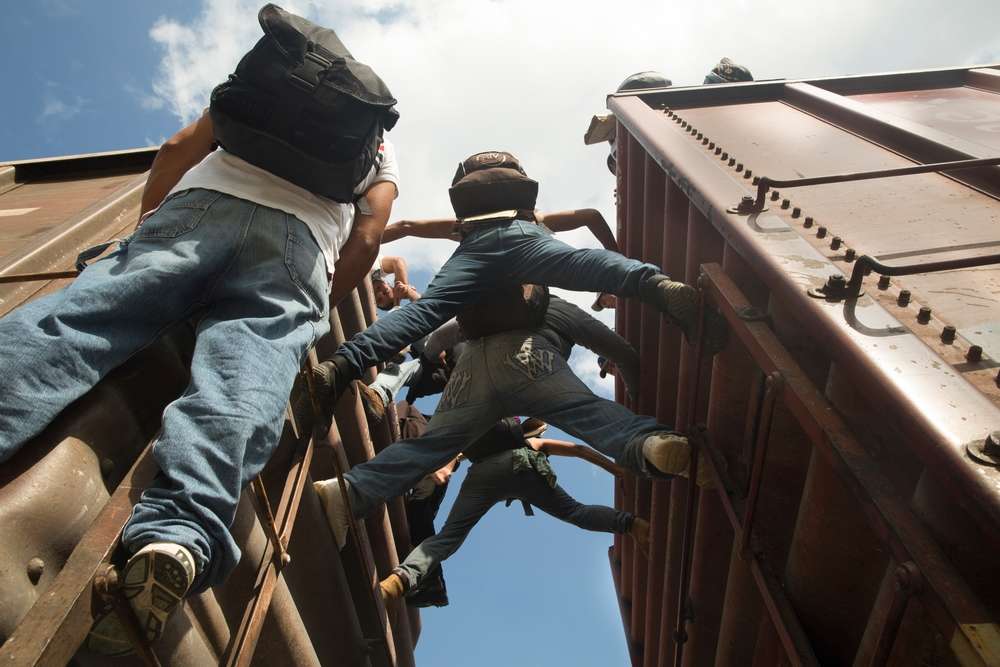 PRESS RELEASE: Fifty-eight percent of the Central American migrants treated by MSF in Mexico suffered one or more episodes of violence along their route, above all related to theft, extortion and mugging.

Fifty-eight percent of the Central American migrants treated by Médecins Sans Frontières/Doctors Without Borders (MSF) in Mexico suffered one or more episodes of violence along their route, above all related to theft, extortion and mugging, the international medical humanitarian organisation warned today.

The majority of them were travelling on the cross-country cargo train known as The Beast, and 73 percent wanted to make it to the United States, according to a survey of MSF patients conducted between July 2013 and February 2014.

Almost half of the patients are from Honduras, while the rest mainly come from Guatemala and El Salvador.

“On their route, the migrant population is exposed to situations of violence such as mugging, theft, extortion, kidnapping and sexual violence against women and minors,” warns Marc Bosch, MSF head of mission in Mexico.

“This violence is basically related to the presence of criminal organisations along the route.”

Not only is violence one of the main obstacles the migrants find on their way – in many cases it triggered their decision to move.

“I fled my country because of the threats of the pandillas (gangs). I didn’t leave because of poverty, but because of security, and I am applying for refugee status here in Mexico,” says Miguel Ángel Reyes, a 62-year-old Salvadorian.

The Suchiate river, on the border between Mexico and Guatemala. The Central American migrants cross this pass ('El Paso del Coyote') on small boats. It's the beginning of their journey through Mexico.

Forty-two per cent of the Salvadorian migrants and 32 percent of the Hondurans said violence-related issues played a decisive role in their decision to flee. This vulnerable population needs legal protection.

“Besides medical assistance, which MSF is delivering, it is necessary to look for alternatives and measures that ensure the protection of the migrant population,” says Bosch.

“We are talking about speeding-up the process to obtain humanitarian visas in Mexico, which would reduce the vulnerability of the migrants on the route, and about guaranteeing a thorough examination of any applications for refugee status, both in Mexico and in the United States, for the migrants who have been victims of extreme situations of violence in their country of origin.”

Both mechanisms already exist in Mexican law and international treaties, but they are not covering the needs on the ground of the majority of the migrant population affected by violence, whose priority is to continue their journey and in many cases make it to the United States.

Although the majority of them are still Central American men between 18 and 25-years-old, MSF has seen a surge in the number of women (13 percent of the total) and minors (nine percent) along the route.

Anna Surinyach/MSF
Tierra Blanca is one of the most dangerous spots along the route from the border with Guatemala to Central Mexico. The migrants have been traveling for days but they're still miles away from Estado de Mexico.

Healthcare beside the tracks

“MSF is providing primary mental healthcare beside the tracks,” says Bosch, “with the aim of treating the migrants who have suffered violence, with a special focus on the more vulnerable: minors, unaccompanied minors and women.”

MSF runs projects in several places in southern and central Mexico, where there are large influxes of Central Americans. The migrants tend to disperse along the routes towards the north and it is more difficult to treat them there.

A total of 396 patients completed the questionnaire of the survey. They were treated in central and southern Mexico, so the conclusions of the study cannot be extrapolated to the whole migrant population or the situation on the border with the United States.

MSF has been running projects treating migrants in Mexico since 2011, focusing on a humanitarian response to the situation of violence suffered by Central Americans on the migrant route. In Ixtepec, the humanitarian organisation runs a clinic and delivers psychological care. There are also MSF teams in Tierra Blanca and Huehuetoca (mental health) and in Lechería and Bojay (mobile clinics).

In 2013, the teams conducted 11,323 regular and mental health consultations. Among them, 1,389 migrants were treated for trauma and 837 attended individual psychological sessions.

Find out more about MSF’s work in Mexico