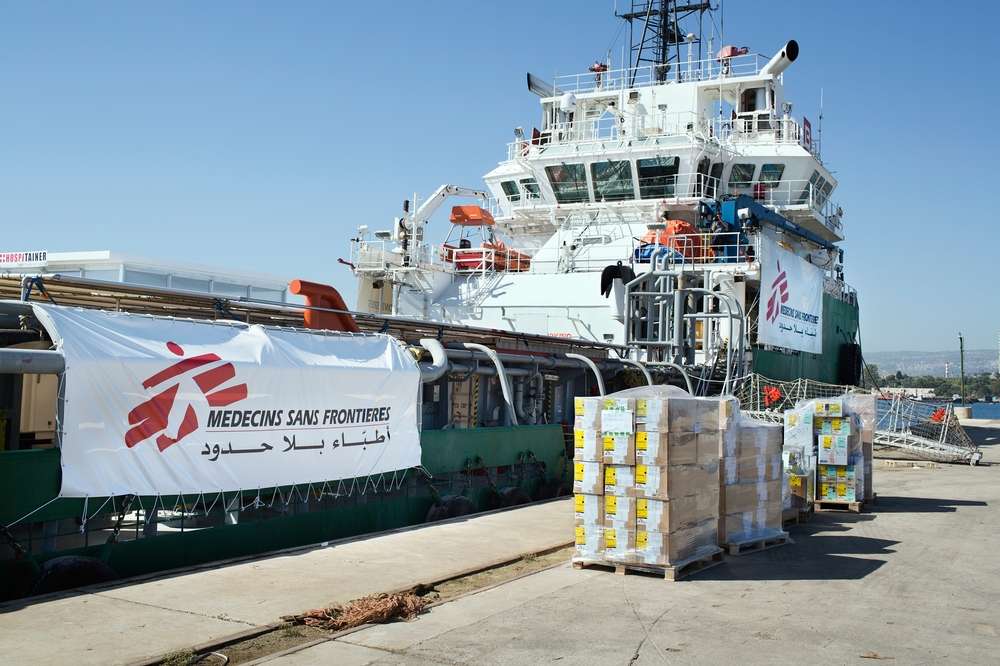 Migration: Saddened by loss of life during rescue

On Monday 15 June, at least one person died during a search and rescue operation by the Bourbon Argos, a ship chartered by the international medical organisation Médecins Sans Frontières (MSF) to carry out search and rescue operations in the Mediterranean sea. People who were rescued reported that another two people had drowned but their deaths could not be confirmed.

The tragic accident stemmed from panic breaking out among the passengers as the small rubber boat they were traveling in started to sink as they were about to embark onto the Bourbon Argos.

As panic ensued, around 25 people fell into the water, many unable to swim. Some hung onto life jackets and other rescue equipment and were saved by a smaller rescue boat that was deployed by the Bourbon Argos.

One man was sighted by the crew on the Bourbon Argos as drowning and disappearing before his life could be saved. The rescued people also reported another two men as having gone missing in the water.

“MSF is deeply saddened by this loss of life and our thoughts go out to the victims and their loved ones” says Meinie Nicolai, MSF President and former nurse supervisor on board the Bourbon Argos.

“This is a tragic accident, in the midst of the broader tragedy for hundreds of thousands of people escaping poverty, violence and suffering, who are driven to risk their lives because there are no safe and legal, accessible ways for people to reach safety and protection in Europe.

"Unfortunately, the possible loss of lives is a reality that any search and rescue team working with people in such dangerous conditions may have to face.”

The rescue operation was carried out following a distress call sent to the Bourbon Argos by the MRCC (Maritime Rescue Coordination Centre) in Rome.

The MSF team and crew on board the Argos rescued 106 people (104 men and two women) from the boat in distress.

The Argos was then directed by the MRCC to meet the MY Phoenix, a search and rescue vessel run by MOAS (Migrant Offshore Aid Station) which has MSF teams on board providing post rescue care, to transfer people onto the vessel.

The Phoenix had earlier completed a separate rescue of 297 people about two hours away, and after transfer from the Argos, is now on its way to Sicily with a total of 403 people on board.

Notes to the Editor:

Since operations began on Saturday 9 May 2015, MSF’s Argos ship has assisted with the rescue of 1,556 people. In addition to the Bourbon Argos,

MSF teams also work on board the MY Phoenix, a search and rescue vessel run by MOAS (Migrant Offshore Aid Station), providing post rescue care. The Phoenix has assisted with the rescue of ,2293 people since operations began on Saturday 2 May 2015.

A psychological first aid team, composed of cultural mediators and a psychologist, can be deployed to different landing ports in Italy within 72 hours after receiving an alert of acute psychological needs.

Migrant search and rescue in the Mediterranean Sea