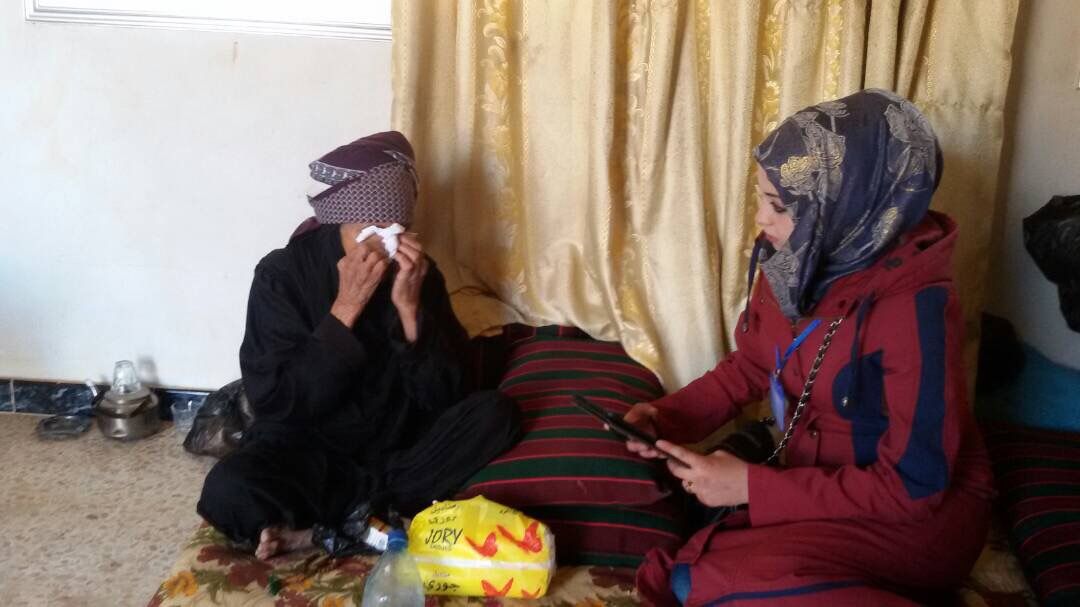 Using exclusive data, the reports provide a troubling window onto the impact of the Syrian conflict on the people. They reveal how violence has led to the displacement of almost half the population of east Daraa in recent years, and highlight dangerous healthcare gaps for mothers and children in the area, including alarming rates of risky home deliveries and poor antenatal care.

The reports also point to high rates of pregnancy and low rates of family planning use in the area. In addition, the reports shows that up to 60 per cent of children under the age of five have not received all the required doses of vaccines against preventable diseases. The surveys also found that for nearly half of households who had lost a family member within 12 months prior to the assessments, the cause of death was a military incident.

The reports are based on two large-scale community health surveys conducted in east Daraa towns and cities, an area with a population of about 200,000 , by MSF teams in July 2016 and May 2017. In each assessment, community health workers interviewed more than 4,000 randomly selected individuals about their health needs and quality of life.

The study reveals that as the nearly seven-year-long conflict in Syria evolves, healthcare needs in the region have in some cases become even more acute. This suggests the volume of humanitarian assistance reaching the Syrian people and access for aid organisations is insufficient and must increase significantly to meet growing healthcare needs.

“We spoke to people whose homes had been damaged – in some cases multiple times – by airstrikes and who are living in vulnerable conditions,”

“Our data shows women and children have the most difficulty in accessing adequate healthcare. Humanitarian assistance must be increased, and for people living in south Syria in particular, the most efficient way of delivering that aid is across borders.”

“The war has had a profound psychological and physical effect,”

“Some people have been physically wounded in airstrikes. There are less visible wounds as well. An entire generation has been completely destroyed because of the crisis.”

A surgeon at an MSF hospital in south Syria said although the violence has subsided, the war has left damaged infrastructure and a lack of experienced healthcare staff.

“We face challenges on all levels,”

“To access healthcare, many people have to travel long distances. Transportation is expensive, and a lot of people just can´t afford it. Functioning health facilities are scattered and most hospitals are ill equipped. In some cases, patients must travel to two or three places to receive proper medical attention; and sometimes they have to go all the way to Damascus to receive the type of care they need.”

Dr Aziz pointed out that while the studies´ findings reveal a number of areas of concern, healthcare needs in other parts of Syria are potentially more worrisome.

“Findings from both assessments in east Daraa are very representative of the Syrian population in that area,”

“Unfortunately, we have not been able to reach and assess the situation in other areas affected by the conflict in the same way, and where access to healthcare might be even more problematic.”

Given the scope of healthcare needs in the surveyed areas, MSF acknowledges the UN Security Council´s renewal of Resolution 2165 (now known as 2393) that allows humanitarian agencies to continue using routes across conflict lines and border crossings to deliver aid into Syria.

Yet even with the cross-border framework in place, humanitarian organisations are struggling to provide assistance to 13.1 million Syrians in need of aid, including 6.1 million internally displaced and three million living in besieged areas.

MSF is not currently present in government-controlled areas in Syria, despite requesting access from Damascus. The organisation is concerned about the lack of alternatives to cross-border assistance, as cross-line humanitarian aid deliveries from the Syrian capital continue to be limited in scope and geographical coverage while the needs remain high.

“The cross-border delivery of aid remains a vital lifeline to millions of Syrians, and is essential to MSF´s efforts to meet the needs in south Syria,”

“The need for unhindered and independent humanitarian aid to reach those most affected by the conflict remains.”

Key findings of the reports include: